Our time has been called the "age of loneliness." It's estimated that one in five Americans suffers from persistent loneliness, and while we're more connected than ever before, social media may actually be exacerbating the problem.

A new wave of research is shedding light on some of the causes and consequences of chronic loneliness, a condition that significantly raises the risk of a number of physical and psychological health problems, including heart disease and depression.

For a condition that has such an enormous impact on our health and well-being, loneliness has been relatively neglected by psychologists -- but that's beginning to change.

In a special section of the March 2015 issue of the journal Perspectives on Psychological Science, psychologists took stock of some of the potential causes and risks of loneliness, as well as possible treatments.

"Many people thought of loneliness as a transient state -- something most everyone experiences but that is relatively short-lived," Dr. David Sbarra, a psychologist at the University of Arizona and the editor of the journal issue's special loneliness report, told The Huffington Post. "As we learned that some people are chronically lonely, we began to see that the topic has considerable public health importance."

Here are some of the report's findings:

Loneliness may be part of our biological "warning system."
Why do we experience the feeling of loneliness? Evolutionary psychology may offer some answers.

In one of the studies the journal published, University of Chicago psychologist John Cacioppo and his colleagues hypothesized that the feeling of loneliness may have had adaptive value -- both for humans and for other animals -- because it prompted a realization that one has strayed from the social community. Like hunger and pain, loneliness may be part of a biological "warning system" to enhance our chances of survival and reproduction. The study suggests that loneliness provides a motivation to reconnect with others who may help to protect us from predators or provide other survival benefits.

"One of the benefits of sociality is mutual protection and assistance, and being isolated or on the social perimeter can represent a dangerous circumstance," the authors wrote. "The cumulative research suggests that the brain has evolved to put individuals into a short-term, self-preservation mode when they find themselves without companionship or mutual protection/assistance."

Sbarra agreed that looking to evolutionary biology can help us understand why we're wired to feel lonely when we lack companionship.

"The model answers the question about why we get lonely in the first place and how it can be very good for us as a motivation state that promotes social connection when we are on the periphery," he said of the study.

But too much loneliness can kill you.
Some alarming new research conducted by psychologists at Brigham Young University and the University of Utah found that social isolation (both actual and perceived) may be more deadly than obesity. Social isolation and feelings of loneliness increase a person's chance of premature death by 14 percent -- nearly double the risk of early death from obesity.

There are ways to break the cycle of isolation.
Another piece of research published in the journal highlighted possible ways to combat chronic feelings of loneliness and isolation.

In a separate study, Cacioppo and colleagues analyzed data about three main types of treatment for loneliness: group therapy, individual treatments (working with a therapist to improve befriending skills or to minimize negative beliefs that might contribute to loneliness) and community interventions (events focused on reaching out to lonely people).

Examining a body of existing literature on the subject, the researchers concluded that the most promising line of treatment for loneliness is individual therapy that addresses the thought patterns and beliefs -- such as low self-esteem or shame -- that prevent a person from connecting with others. With further research, they say, this treatment could be combined with pharmaceutical treatments, such as short-term courses of oxytocin, a hormone known to promote pro-social behavior.

However, the study pointed out that more awareness about the growing problem of chronic loneliness is needed before these treatments can be truly viable.

"As a first step, there is a need for increased public awareness -- and awareness among healthcare providers -- that loneliness is a condition that, like chronic pain, can become an affliction for almost anyone," the authors write.

The study noted that the U.K. government has developed several initiatives to improve quality of life for those suffering from chronic loneliness and to raise awareness about the issue. The authors also point to Oprah and Dr. Sanjay Gupta's "Just Say Hello" campaign, which is encouraging people in the U.S. to find more connections in their daily interactions.

"Over a given period, people who have strong ties to family, friends, or coworkers have a 50 percent greater chance of outliving those with fewer social connections," Gupta wrote on Oprah's website last year. "If our relationships can have such an effect on our overall health, why don't we prioritize spending time with the people around us as much as we do exercising and eating right?" 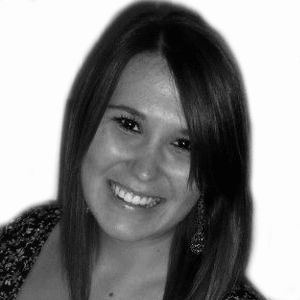