Have you ever wondered just why fuzzy little puppies melt even the most hardened of hearts? And why are baby versions of animals so much cuter than their full-grown counterparts? In fact, what does it actually mean for something to be cute?

Turns out, there's a scientific explanation for why we find cute things to be, well, cute! And the answers lie in the deep roots of our evolutionary past. To learn more, watch the video above. And don't forget to sound off in the comments section below. Come on, talk nerdy to me!

Hi everyone. Cara Santa Maria here. There are over 6.8 BILLION hits for the word cute when you type it into google. That's more than five times as many results for the word Barack Obama. Maybe our president would get more web traffic if he was always holding a cute puppy. I mean really, websites exploit this all the time. Pictures of cute little baby animals make us want to click here! And here! Of course, I would never stoop so low here at Talk Nerdy To Me. No, I'm here to find the ultimate answer to this age-old question: why are puppies so cute? And why do they turn us to mush?

So, yeah, why are these little guys so darn adorable? Well, it has to do with the fact that they look young. Scientists call it pedomorphism, and it occurs when even adults retain juvenile traits--like in dogs. See, we actively domesticated dogs into the thousands of forms we see today. Compare them to a wolf. Don't they look younger even when full grown? It's because we humans chose to cross-breed dogs with big bobble heads and squat faces and large eyes and squishy, fuzzy features over and over and over and over until we ended up with... what the hell is that?

But wait, this doesn't really answer my question. Why are puppies cute? Because they look young. And why do we like young-looking things? Because they're cute? Let's back up a little. Evolutionary biologists say baby animals trigger the same protective mechanism in us that human babies do. We love babies' big ol' eyes and funny lollipop heads. They make them look vulnerable and precious and needy.

We're programmed by our genes to take care of our own babies. If we weren't, our babies and our DNA would die out, and we wouldn't be here to talk about this. See, we humans have disproportionately large brains, compared to other mammals. And a lot of our brain development occurs before we're even born, hence, big bobble-headed babies. Also, newborns' eyes are more than half the size of their adult counterparts. Compare that to other body parts, which often triple or even quadruple in size as we grow up. That's a recepie for awwww.

But why do we find these features adorable? Could be that somewhere down the line, an ancestral mother had a mutation in her DNA causing her to be more attracted to and protective of babies with big eyes and lollipop-looking heads. So, she gave more attention to her quote-unquote cute children, and those kids were more likely to grow up healthy, reproduce, and have cuter children themselves. And, it's likely that they would also possess the gene variant that made them more attracted to features that we today call cute. Eventually this trait was spread out into the whole population. Oh, evolution.

But the very people you'd think would 'ooh 'and 'ahh' over all babies are actually the pickiest when it comes to baby cuteness. Moms' brains show that they're more protective of their own babies over other people's, likely a result of the bonding mechanism between mother and child. But, even those of us who don't have children show increased activity in the premotor cortex of the brain when we're shown pictures of babies. This region lights up when we're about to act, and researchers think our instincts to pick up a baby are stronger than those to pick up a puppy or kitten, even if the baby's not our own, even if we don't have babies. So you Internet trolls who say that you don't think babies are cute--you're probably still more likely to protect a human baby than a fur baby. It's kind of written into your DNA.

What about cute babies with cute puppies? Oh man, adorable overload. Alright folks, it's that time again. Let me know what you think on Twitter, Facebook, or leave a comment right here on the Huffington Post. Come on, talk nerdy to me!

To learn more about the science of cute, check out this amazing video by Vsauce!

The Science Of Cute: Is Pedomorphism Why We Gush Over 'Adorable' Things? (VIDEO)
Baby Animals 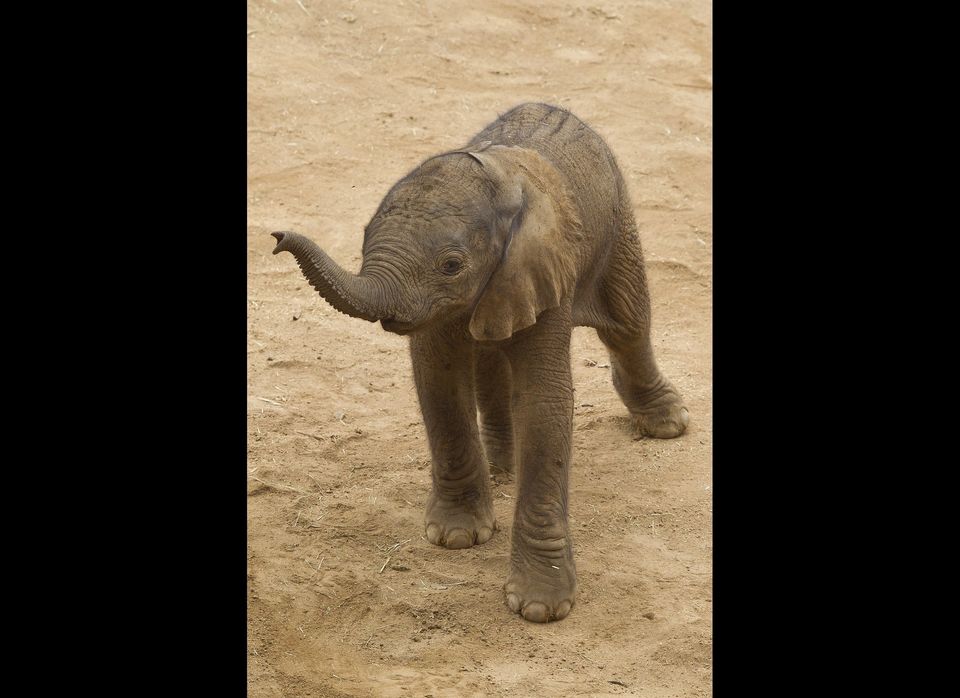