There are three little words that may be harder to say than "I love you" ... 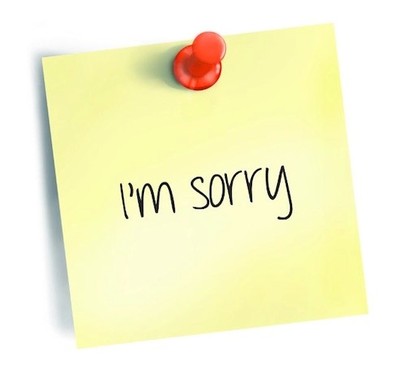 "Love means never having to say you're sorry," or so goes the catchphrase from the infamous 1970s novel Love Story. If only that were true.

We might wish it true. After all, apologizing is no easy task. We may not know how to do it (or how to do it well). We may not think that we need to do it. Or, we may fear that the outcome of our apology -- the forgiveness that we seek, the closeness for which we yearn -- won't be realized.

Yet a well-executed apology can be achieved, and there is hardly a better time for it than in the week leading to Valentine's Day.

Relationships are often wonderfully messy and complex -- equal parts kisses and conflicts. But when anger and resentment come in the door, romance goes out the window. That's when three little words -- "I am sorry" -- are more likely to kindle romance than any box of chocolate or bouquet of flowers.

This three-part series looks at apology as a path to romance. "I am sorry" are more than three little words. They are actually superwords when it comes to affection and healthy, effective relationships.

The Science of Apology

Let's start with some background in the science of apology -- how and why it works.

First, and we need to know this, is any apology better than no apology when it comes to improving what your partner thinks of you -- and your relationship? In one linguistic analysis of the different parts of an apology, people were asked to read a story in which a character apologized by using either some or all of the following: expressing remorse, taking responsibility, promising to keep their word in the future, and/or offering to repair the situation. The more elements present in the apology, the more effective it was. Remorse seemed to be implicit in a good apology, whether expressed or not. Apologies also left people thinking well of the apologizer (as compared to the non-apologizer), seeing them as genuine and conscientious.

Apologies may promote forgiveness by a combination of biological and psychological processes. In an imaging study about forgiveness, participants were asked to respond to another person's decisions while undergoing a functional brain scan (commonly referred to as fMRI). When a person receives an apology there is increased activity in the left brain, in a neural circuit involving the frontal, temporal, and parietal regions -- the same areas of the brain shown to be involved with empathy. Empathy is about being able to put ourselves into another person's "shoes," to see the world as they do. Perhaps there is a link between apology and forgiveness through empathy. 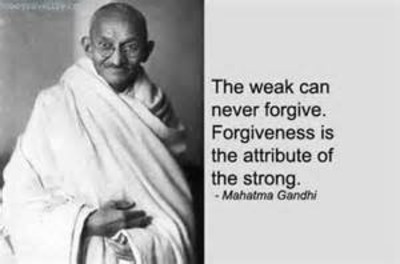 We also know that forgiveness, especially in long-term intimate relationships, promotes psychological and physical wellbeing. Cognitive neuroscience has shown that when people forgive someone, their memories of the "offense" are more likely to be forgotten. This happens when we intentionally decide to let something fade from our mind. Recall, the popular expression "forgive and forget"?

But getting to "forgive and forget," so that you can get back to romance, takes work -- by both partners. In our series this week, we will first focus on apology, and then forgiveness. 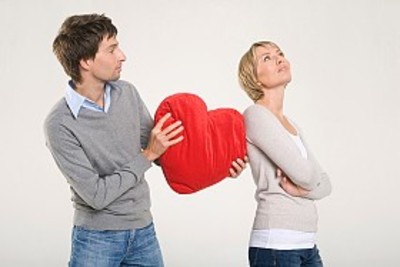 What type of apologizer are you? What type is your partner? For example:

Jake has an important business dinner with his boss and potential new clients. Everyone will be with a spouse or partner, if they have one. He has asked Lucy, his wife, to join him and stressed that everything has to go well because he, and his boss, have a lot riding on this potential new business. On the evening of the dinner, Lucy arrives 45 minutes late.

There are, generally speaking, three types of apologizers:

• The Over-Apologizer. Lucy would be an over-apologizer if she had not done anything wrong but nevertheless proceeded to apologize profusely. Perhaps she had been given the wrong time or location for the dinner. Maybe she was late due to circumstances outside of her control such as a stalled train or a traffic accident. And when a quick apology would suffice, the over-apologizer overdoes it, repeatedly apologizing during and long after the evening.

• The Under-Apologizer. Had Lucy lost track of time and stayed at work later than she'd intended, not giving herself enough time to get to the dinner, she would have cooked her own goose. A substantive apology would be in order. Had she not delivered it, Lucy would be an under-apologizer. Perhaps it is because Lucy couldn't quite see why she owes an apology; or does not offer one given her pre-occupation with herself; or perhaps fears that Jake will not forgive her. The motives are different but the consequences the same.

• The Can't-Get-It-Right Apologizer. Maybe Lucy, after staying late at work, knows she owes an apology, but she can't find the right words or is defensive ("I'm sorry I was late, but my work is important too") or blames Jake ("I'm sorry, I was only late this once and you are always late"). The can't-get-it-right apologizer's apology is sadly apt to escalate the conflict.

Do you see yourself in one of these categories? Where does your partner fit? Maybe we are one type sometimes and a different type at other times, depending on the situation or person involved?

Knowing what type of apologizer you tend to be, and under what circumstances, can help you master the moment and turn anger and shame into understanding and empathy. When that happens affection warms the moment and your relationship can get back on track.

In the second of this three-part apology series, we will discuss why and when communication matters, and how to prepare to right a wrong. Get ready; Valentine's Day is getting closer.

Dr. Sederer is a psychiatrist, adjunct professor at the Columbia/Mailman School of Public Health, and medical editor for mental health for The Huffington Post. www.askdrlloyd.com

The opinions expressed here are entirely our own. Neither author receives any support from any pharmaceutical or device company.