We do it from the mundane comfort of our bedrooms and offices and to commemorate special occasions, like a beach vacation or the high school prom. It has its own spot in the dictionary, right next to "selfhood" and "selfish." And this year it earned its place as the Oxford English Dictionary's 2013 Word Of The Year. The selfie has taken over our culture -- and our smartphones.

The rise of the selfie has become universal -- between presidents, popes, celebrities and citizens alike -- and the trend is only continuing to grow. A recent survey conducted by the Pew Internet & American Life Project found that 54 percent of Internet users have posted original photos online. And of those hundreds of millions of photos, many are of the self-depicting variety. For example, currently there are nearly 62 million tagged selfie photos on Instagram, the social media tool that has significantly contributed to the personal portrait's popularity. That figure, which continues to rise every day, doesn't even begin to include the selfies shared on Facebook and Twitter.

Despite its dictionary definition, which describes the selfie as "a photograph taken of oneself, typically with a smartphone or webcam and uploaded to a social media website," the first mention of the word can be traced back to an Australian online forum from 2002 -- long before the days of the iPhone's front-facing cameras and the popularity of social media. Still, what differentiates a selfie from a self-portrait may be the (cutting-edge) medium and, potentially, the socially-driven distribution method.

What makes the selfie so captivating -- and why do we feel compelled to take one? According to Dr. Pamela Rutledge, psychologist and director of the Media Psychology Research Center, the desire to take, post and get "likes" on selfies goes back to a biological behavior all humans are wired for.

"I think it influences our sense of social connection in the same way as it does when you go to a party and people say 'Oh I love your dress,'" Rutledge told The Huffington Post. "Biological, social validation is a real need and there is even an area of the brain that is dedicated to social activity." 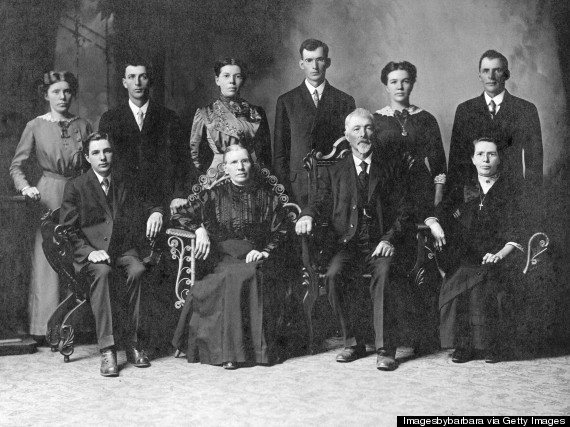 The birth of the selfie didn't begin with the first smartphone. As the BBC points out, it could be argued that the first selfies were captured in the 1800s with mirrors or by using a self-timer. These proto-selfies fit the orthodox definition in that the photographer was also the subject and, if one were to look at the technology of the time, the camera was as new-fangled a gadget as our contemporary iPhone. While many of these self-taken photos included large groups of family and friends (as opposed to the contemporary solo selfie), some people from the era did get creative when it came to capturing images of themselves, posing in front of mirrors in order to get an individual picture.

But with the digital age, selfies have taken off in a way that no one could have predicted. The humble beginnings of the Internet selfie had social media users flipping their cameras or, like in the late 1800s, using mirrors to capture personal photos of themselves for early social media networks like Myspace -- or just to send to their friends or for personal enjoyment.

Whether it's through a camera lens from the 1860s or in front of your iPhone, Rutledge theorizes that both a sense of control and relief come into play when it comes to taking a personal photo. "In a sense, it allows you to explore in a way that most photographers don't," Rutledge said. "[You] can control your image going out there, or it can be looked at as you are the photographer and the subject, which can be a very freeing feeling."

The Positives And Negatives 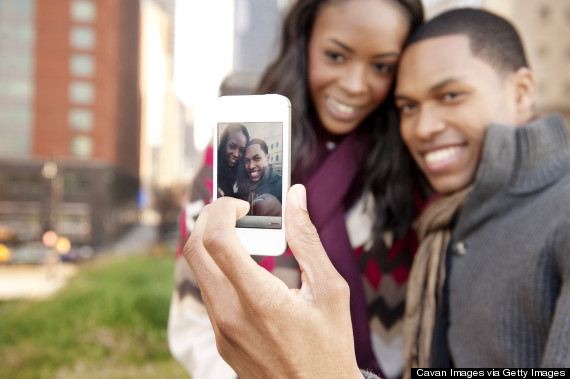 So do selfies actually help us or hurt us overall? Turns out it may be a little bit of both. According to a recent U.K. study, sharing too many personal photos -- including selfie photos -- can actually hurt our relationships and make us less likable.

"Our research found that those who frequently post photographs on Facebook risk damaging real-life relationships," lead researcher Dr. David Houghton said in the report. "This is because people, other than very close friends and relatives, don't seem to relate well to those who constantly share photos of themselves."

Some experts theorize that photos shared on social media, including selfies, can be influential in molding adolescents' sense of self and their behavior. The words "selfie" and "narcissism" are often linked together and research has found that certain photos posted on social networks, like images of friends having fun at a party, can contribute to a greater feeling of loneliness to the observer.

Women, whether rich and powerful ... or otherwise, increasingly have a healthy image of themselves. That's a good thing. Girls creator Lena Dunham is a big fan of the selfie, both on social media and through her show -- which shares with selfies a confessional quality. On TV, Dunham's character often appears naked or in various states of undress; in real life, her Instagram selfies aren't necessarily flattering by typical standards. They challenge the "Hollywood ideal" and that, too, is a good thing, especially when size 0 celebrities dominate so much of the modern day visual barrage. The more we see a range of body types, the better.

In other words, although the act of taking a selfie can come across as a self-involved act that plays into expectations of gender, age and social status, selfie-takers are not just subjects -- they are also directors who are capable of sharing a greater message and artistic vision, just like a more traditional photographer would. And because that's the case, some selfies can diverge from the way women and men are typically portrayed.

According to Rutledge, when done in a mindful manner, taking self portraits can really serve as an exploration of confidence. "I do believe that selfies allow people to take charge in different ways. There [are times and time periods] where women feel terrible about themselves, so the logic that follows that -- things like the Dove campaign -- showing normal women is the right direction; and with selfies we're having a deluge of normal women and men," she said. "When you feel more in control, you're more likely to try new things, take more risks and have experience to get more confidence." 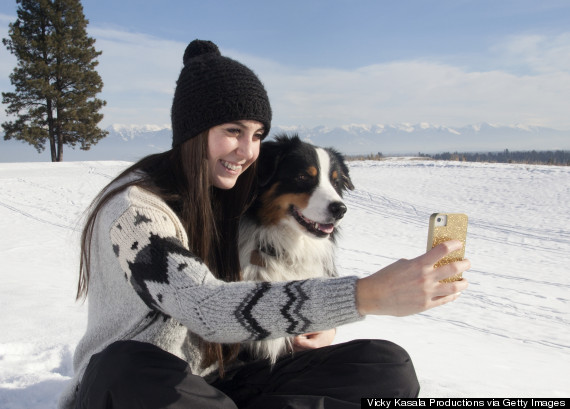 There is a way to adapt to the growing selfie culture. Whether you're a selfie novice or an advanced poster, there are always things to be mindful of when you're posting, Rutledge advises. She offered two main principles to follow when it comes to posting on social media:

Overall, Rutledge says, it's all about creating a balance and opening our minds to understanding. "There's creative potential [to selfies], if it's done right," she said. "Ultimately to feel good we have to explore ourselves, and they can be a new ritual of doing just that."