As far as we know, there is no cure for death, no ingenious algorithm that can program the mysterious breath which at first gives life its form and then corrodes and withers it. It is in this breathing space between womb and tomb that we love, long and become human.

Advances on the frontiers of science are now testing these limits of the human condition. By raising anew foundational questions of origins and destiny, they are, paradoxically, resurrecting the religious imagination.

Who is to say medical science should not enter the atrium between life and death as agony sets in? Why not meddle in the other end of existence, quickening? Why not pursue purity and perfection, rewrite our genetic code and reach for immortality through cloning? We stole fire from the gods. Why not the breath of life?

Science has no knowledge of being. It can only report that we are a collection of cells. A bundle of nerves. An immune system.

That we can't answer these questions with any convincing moral authority defines today's epochal juncture. Liberal democracy, no less a consumer society wedded to the scientific worldview, cannot offer a defense on its own terms of the person or of human dignity when faced with such questions. There is only a utilitarian reply. "Health," "longevity" or "saving a life" are the only standards. If that is what most people want, and that is what science can do, then what's the problem?

Science has no knowledge of being. It can only report that we are a collection of cells. A bundle of nerves. An immune system. "Being," "the person" and "human dignity" are concepts arising instead from the religious imagination. In Islam, our body is God's trust. In the Judeo-Christian heritage the person is inviolable because he or she is a reflection of God's grace, made in God's image.

If we no longer believe in this link between the person and the sacred, as the Nobel Prize-winning poet Czeslaw Milosz has reflected, the bottom falls out of the values that underlay liberal democracy, leaving a lethal concoction of nihilism and technological prowess. 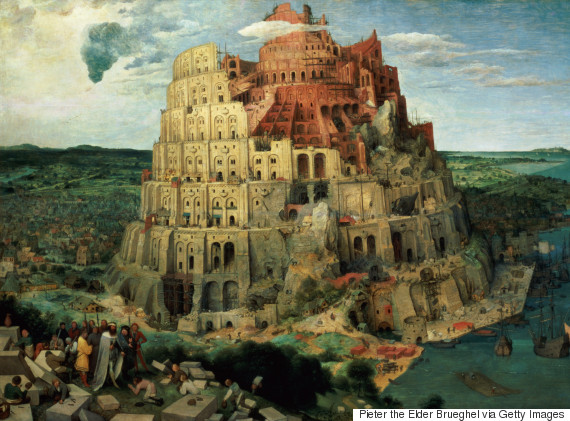 Increasingly, societies speeding toward the future are looking to traditional religion for moral and ethical guidance as they commit to their mutation in the new age of biology. Leon Kass, the "great books" scholar who headed the President's Council on Bioethics from 2001 to 2005, has returned to a study of the biblical book of "Genesis" for answers about the human condition in the 21st century. In his book, "The Beginning of Wisdom: Reading Genesis," he sees genetic engineering and dreams of cloning as our contemporary equivalent to the limitless hubris of the Tower of Babel, which, in the biblical account, God struck down.

Even that foremost European voice of secular reason, the German philosopher Jürgen Habermas, has arrived at a similar conclusion. In a conversation with Cardinal Joseph Ratzinger before he became Pope Benedict, Habermas asked whether, "modern democracies of necessity must draw from moral -- especially religious -- sources that they cannot themselves produce." He concludes that liberal democracies must leave a wide open space for religious expression and religious forms of life, particularly when confronting issues at the frontiers of science.

In a later book, "Time of Transitions," Habermas is even clearer, saying that the West's Judeo-Christian heritage is the ultimate foundation of liberty, conscience, human rights and democracy -- the benchmarks of Western civilization. "To this day we have no other options," he writes. "We continue to nourish ourselves from this source. Everything else is postmodern chatter." Habermas goes on to contest "unbridled subjectivity," which he sees as clashing with, "what is really absolute; that is ... the unconditional right of every creature to be respected in its bodiliness and recognized in its otherness as an 'image of God.'"

The faster the pace and the greater the scope of scientific discovery, the more the religious imagination will be stirred.

It should never be forgotten that the neglect of being inevitably leads to losing touch with objective truth and therefore with the very ground of human dignity. This in turn makes it possible to erase from the countenance of man and woman their likeness to God, and thus to lead them little by little either to a destructive will to power or to a solitude without hope.

Coming out of the 20th-century traumas of Eastern Europe, the late pope rightly focused on how this erosion of the basis of human dignity paved the way for willful totalitarian rule.

Ivan Illich, the philosopher and self-described archaeologist of modern certitudes, took this view one step further by placing it in the context of the 21st century technological leaps. He feared, "that the abstract secular notion of 'a life' will be sacralized, thereby making it possible that this spectral entity will progressively replace the notion of 'a person' in which the humanism of Western individualism is anchored."

Illich went on to argue that "a life" defined no longer as "the miraculous sharing of God's intimacy" but as an "immune system" to be medically managed is "the most powerful idol the church has had to face in the course of its history." Just as the crumbled ground of human dignity yielded to totalitarianism in the 20th century, Illich viewed the "depersonalization" of the technological order as preparing the path to a "Brave New Biocracy" in which all are reduced to patients managed from "sperm to worm" by the medical-industrial complex, staying alive rather than living. 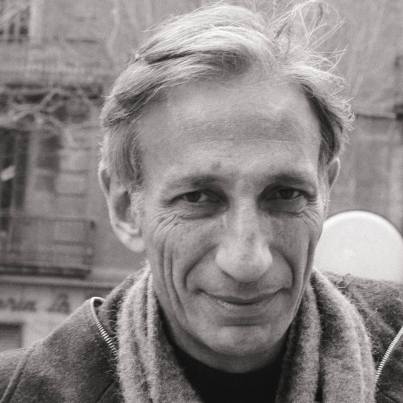 Indeed, it is all too easy to see the baby boomer generation, the first thoroughly consumer generation in history, succumbing to this idolatrous embrace of mortal splendor, devoting vast sums of the GDP to the end of postponing the end as long as possible. As is already mostly the case, where once there stood churches, temples and mosques now stand hospitals and clinics.

It's a juggernaut that will be hard to stop because the only moral language we have says "yes," not "no" -- though we all feel that familiar unease so prevalent in science fiction that warns of the danger of technology unleashed from a sense of the sacred.

Like T.S. Eliot, we are beginning to ask ourselves, "Where is the wisdom we have lost in knowledge?" We sense an insufficiency in what we have wrought and wonder, like Eliot, if, "the cycles of Heaven in twenty centuries brings us farther from God and nearer to the Dust."

Kass and Habermas are right to suggest that the new power of technology not only to change the world, but ourselves, ought to prompt an urgent search for a new moral language that can speak to our scientific leaps, a search for wisdom wherever we can find it, including in early religious and ethical texts.

The more scientific discovery reveals, the more we realize it can't answer the great existential questions.

Karl Jaspers, a German philosopher, was known for his study of the so-called Axial Age when all the great religions and philosophies were born around the same time over two millennia ago -- Confucianism in China, the Upanishads and Buddhism in India, Homer's Greece and the Hebrew prophets. Writing in 1949, he also doubted that our civilization was up to the spiritual challenge presented by our scientific advances. He, too, felt that, "the dissolution of modern thought has not been able to offer anything of real content out of its own origin, because the simplicity of depth does not exist in any new shape, and could hardly assert its new shape if it were to come into being, without having preserved the former content" of the Axial Age awakenings.

What is certain is that the faster the pace and the greater the scope of scientific discovery, the more the religious imagination will be stirred. As French philosopher Henri Bergson wrote of our technological society in "The Two Sources of Morality and Religion," "in this disproportionately magnified body, the soul remains what it was, i.e., too small to fill it and too feeble to direct it. ... this enlarged body awaits the supplement of soul, the mechanical demands the mystical."

The Polish philosopher Leszek Kolakowski put it in more definitive terms. "As a whole, mankind can never get rid of the need for religious self-identification," he told me in an interview at Oxford in 1991:

Who am I, where did I come from, where do I fit in, why am I responsible, what does my life mean, how will I face death? Religion is a paramount aspect of human culture. Religious need cannot be excommunicated from culture by rationalist incantation.

The more scientific discovery reveals, the more we realize it can't answer the great existential questions. In the end we are compelled to agree with Kolakowski's conclusion: "Man does not live by reason alone."

The ideas in this essay have appeared in different forms in the books and articles of the author.