In 2013, the New York Times declared that mindfulness was "having a moment" (pun intended), and just a few months later, a January 2014 TIME cover story announced that a "Mindful Revolution" was underway, challenging the stressed-out, tech-addicted American status quo. This month, Scientific American has featured meditation on its November 2014 cover, representing another major step toward a meeting of the minds between ancient Eastern wisdom and Western science.

Scroll down to view the full cover.

Although Western psychologists have been studying the ancient contemplative practice since the 1970s -- mindfulness pioneer Jon Kabat-Zinn created Mindfulness-Based Stress Reduction in 1979 -- scientific interest in mindfulness has escalated in the past decade. Now, countless peer-reviewed studies have cataloged the many physical and mental health benefits of the practice, which include reduced stress, relief from symptoms of anxiety and depression, improved attention and working memory, improved sleep quality and emotional well-being and boosts in immune system function. 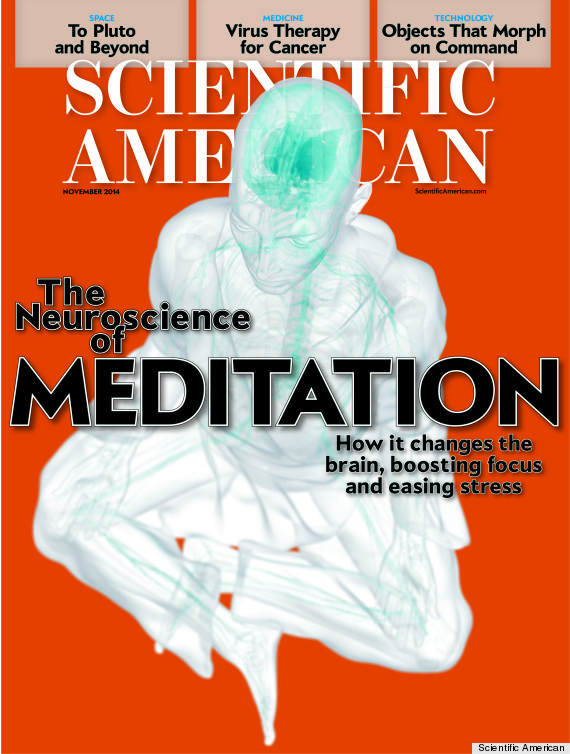