Citadels of science like MIT and the American Geophysical Union are eschewing opportunities to stand up against climate change denial by turning a blind eye to evidence. It is a discredit to science and a disservice to society. 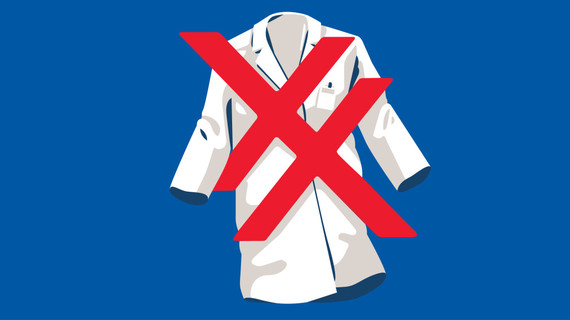 Walking on stage to receive my PhD at MIT this June, I felt both proud and disappointed: bittersweet emotions toward a place that taught me so much science yet nothing about how to stand up for it.

As a young scientist researching renewable energy since high school, and as a young person scared for my generation's future, it has been painful for me to watch an intellectual powerhouse like MIT fail to lead against climate change. Worst of all has been MIT's refusal to confront outright attacks on basic climate science.

The Institute's own climate advisory committee, on which I sat, unanimously told MIT to address the disinformation spewed by the fossil fuel industry. 3,500 MIT members petitioned the president to make it happen. Faculty, students, scientists, and environmentalists wrote letters, alumni withheld donations, Cambridge City Council even passed a resolution.

Yet when the administration finally unveiled its climate plan, it didn't just reject the recommendation of its own committee, it completely ignored us. The word "disinformation" appeared once in 18 pages, right before the administration refused to divest from the fossil fuel companies responsible, and committed instead to "bringing them closer." For 126 days we students sat-in outside our president's office in protest, but MIT refused to budge.

Things are just as bad at the American Geophysical Union, the world's largest association of Earth scientists. In April, AGU's board rejected calls from 200 of its members to drop ExxonMobil as one of its sponsors. (I helped organize the campaign, and joined the AGU early this summer after beginning a postdoc modeling energy systems for climate mitigation.)

Exxon is a company that has spent decades perfecting the art of climate science disinformation. Decades orchestrating, funding, and perpetuating campaigns designed to confuse the public, sabotage science, and slander scientists, many of whom are AGU members. In other words, Exxon is climate science's Most Wanted. And America's union of geoscientists just voted to keep taking its petty change.

AGU's decision is an implicit sanction, however unintentional, for Exxon to attack science and scientists. It is a failure to protect the integrity of science - and scientists themselves - against those who undermine our very raison d'être: truth and knowledge.

To this day, Exxon funds the American Enterprise Institute, whose head of energy studies ten months ago proclaimed, amidst a torrent of misinformation, that the human contribution to global warming is "unresolved". [$3.8 million from Exxon since 1998; $325,000 in 2015.]

To this day, Exxon funds the American Legislative Exchange Council, whose official position is that "Global Climate Change is Inevitable...the debate will continue on the significance of natural and anthropogenic contributions." [$1.7 million+ since 1998; $75,000 in 2015. An Exxon Manager sits on ALEC's corporate board.]

To this day, Exxon funds climate-denying Congress members like Sen Jim Inhofe, who says global warming is "the greatest hoax ever perpetrated on the American people" and who Exxon supported in 2015 even as he refuted record-high temperatures by producing a snowball on the Senate floor. [$3.5 million+ to 208 members since 1999; $724,500 to 100 members in 2013-14; 2015-16 data not yet public.]

And so the evidence goes on, as we documented in a report to AGU's board.

Incredibly, AGU's explanation-free answer to all of this was that "It is not possible for us to determine unequivocally whether ExxonMobil is participating in misinformation about science currently."

"You have been fooled," responded two Congressmen to AGU. Atmospheric scientist Kerry Emanuel went further, calling AGU's decision "a mockery of its own bylaw." But it's even worse than that: it is a mockery of the evidence-based reasoning that defines us as scientists. Like MIT, it is a sad example of a scientific organization confronted by climate denial, yet overrun by status quo bias and setup to fail. And it is a huge missed opportunity.

Because as trusted voices in our society, institutions like MIT and the AGU wield megaphones to public and political opinion and, through leadership, immense capacities to effect change. In 2006, when Great Britain's Royal Society reprimanded Exxon for its climate disinformation campaigns, it forced the oil giant to publicly address, however feebly, its wrongdoings. And that was one letter from one institution.

AGU can show similar courage. Tomorrow, as its board meets to revisit the question of Exxon sponsorship, ClimateTruth.org and The Natural History Museum will deliver the signatures of 50,000 members of the public, each encouraging the union to do what scientists do best: face the facts. AGU sponsors must abide by AGU sponsorship policy, and Exxon has not. So AGU must drop Exxon. Otherwise, why bother having a sponsorship policy in the first place?