In the game of life, is it all downhill as young adulthood turns into maturity? Our culture of youth obsession and celebration of the college years and 20s as the golden years of one's life has led many of us to believe that our happiness declines as we age. Some (rather depressing) research has found that 80 percent of life's defining moments occur by the age of 35 -- suggesting that there may not be much to look forward to in the second half of life.

But this couldn't be further from the truth. The concentration of life's major events in adolescence and early adulthood may not be anything to feel discouraged about -- and it certainly doesn't mean that happiness and life satisfaction decline as we get older. In fact, a growing body of research has proven that we're wrong to think that happiness is correlated with youth. A wealth of scientific and anecdotal evidence demonstrates precisely that it's when people have surpassed many of life's big landmarks that their overall satisfaction and happiness peaks.

Our culture of YOLO and Botox may valorize youth and instill in us a fear and distaste of aging, but this attitude doesn't come close to reflecting the reality of getting older -- and we'd do well to celebrate the ways that life improves as we age.

Here are six scientifically-proven reasons that happiness and aging go hand in hand. 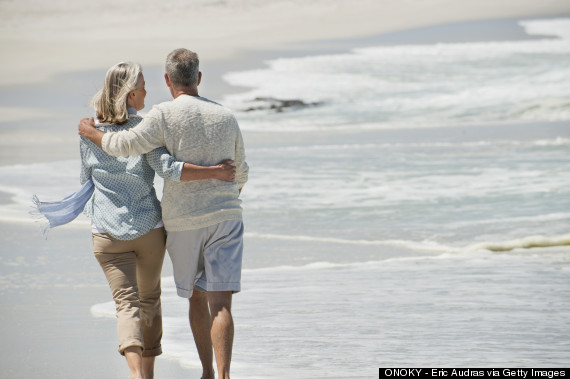 A highly-publicized recent study suggested that there might be two major peaks of life satisfaction -- one in the early 20s and one in old age. Specifically, the ages of 23 and 69 were found to be the happiest years. After the early 20s, happiness was generally found to decline until the mid-50s, after which point it increased again into the 80s.

Other studies (notably, a large 2010 Gallup poll) have corroborated this finding, suggesting that happiness tends to be positively linked with age. Though it may sound counterintuitive, the Gallup poll found that 85-year-olds are generally more satisfied with themselves than 18-year-olds.

“It’s a very encouraging fact that we can expect to be happier in our early 80s than we were in our 20s,” Andrew J. Oswald, a professor of psychology at Warwick Business School, told the New York Times. “And it’s not being driven predominantly by things that happen in life. It’s something very deep and quite human that seems to be driving this.”

Life isn't a downhill decline -- it's a U-curve. 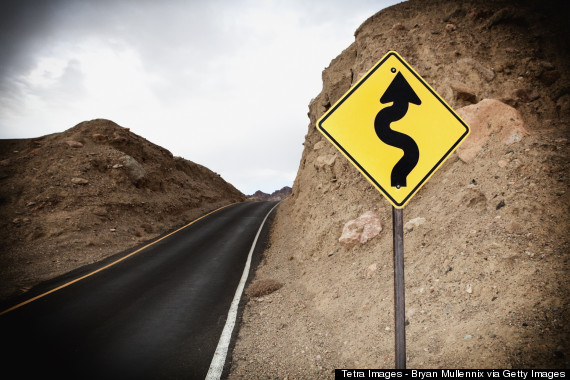 As the Gallup poll found, happiness is likely to peak in young adulthood, hit a low point during the late 40s and 50s, and then increase again into later life and old age.

"Mankind is wrong to dread aging," The Economist wrote, noting that happiness arcs through the average individual's lifespan. "Life is not a long slow decline from sunlit uplands towards the valley of death. It is, rather, a U-bend."

Economists mining happiness research and self-reported well-being data discovered a perhaps counterintuitive truth: After roughly the age of 50 -- when happiness slumps -- the closer we get to old age, the happier we become.

The trajectory looks like this: On average, happiness declines from youth to middle age until you hit the "midlife crisis" point, at which point -- as people head towards old age -- they experience surging levels of happiness and life satisfaction. The U-curve of happiness has been documented in countries around the world, and applies to both global well-being and emotional wellness, The Economist reported.

There are many possible explanations for this U-curve, but it's likely that decreased ambition and greater acceptance plays a significant role.

We tend to falsely equate youth with happiness. 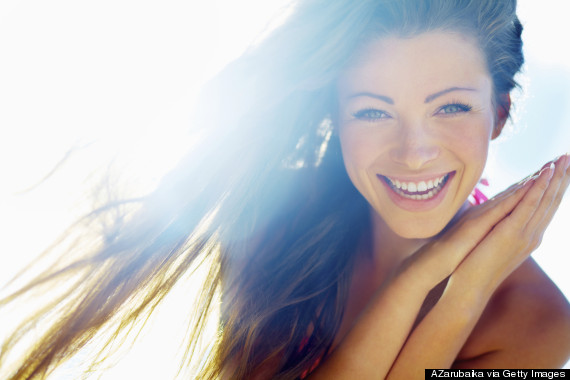 Whether you're old or young, chances are you think of young people as being happier -- even though science has proved that this isn't the case. Duke University economist Peter Ubel conducted a study in which he asked groups of 30-year-olds and 70-year-olds which age group (30 or 70) they thought would be happier. Both groups pointed towards the 30-year-olds, but when they rated their own happiness levels, the 70-year-olds scored higher.

In another study, published in the Journal of Happiness Studies, found that both the young and the old believe that happiness declines with age, but that older adults described themselves as being happier than the younger adults did. These false beliefs about happiness could be damaging to both age groups, the study's authors noted.

"Beliefs about aging are important," the researchers write. "If younger adults mispredict old age as miserable, they may make risky decisions, not worrying about preserving themselves for what they predict will be an unhappy future. Conversely, exaggerating the joys of youth may lead to unwarranted nostalgia in older adults, interfering with their appreciation of current joys."

The older we get, the more we appreciate the little things. 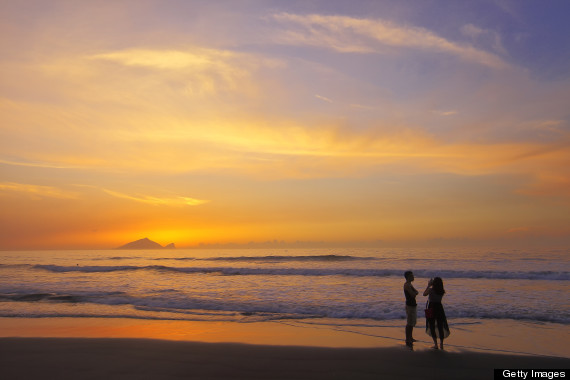 The types of experiences that make us happy tend to shift as we move through life. Research from Brown University, published in the Journal of Consumer Research, found that while young people tend to seek out and highly prize extraordinary experiences -- such as travel, falling in love or thrill-seeking, which can help them to build a greater sense of personal identity -- older adults assign higher value to ordinary experiences and everyday pleasures, and derive identity from these types of experiences.

“It’s just what you would expect, this emphasis on savoring what you already have when your time starts to become limited,” Peter Caprariello, assistant professor of marketing at Stony Brook University, told the New York Times. 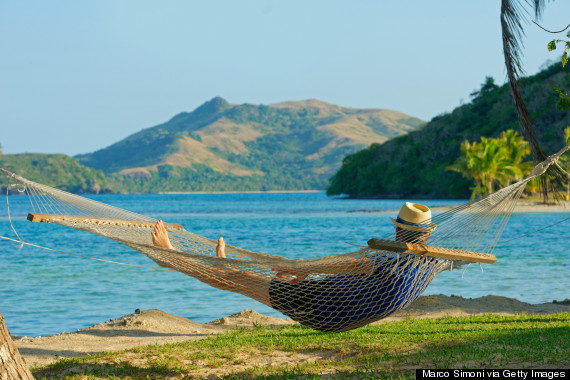 A 2013 UK survey claimed that the happiest age was 37, which is fairly young in the larger scheme, but suggests that people are happiest once they've already accomplished some of their major life goals and are able to let go and enjoy the ride.

37 is the average age that UK adults hope to have checked most of the boxes on their list of priorities, and it's also the age when they're happiest, the Telegraph reported. It's possible that the resulting reduced ambition and lower stress levels contribute to heightened well-being and life satisfaction.

Other research has begun to explore the tension between ambition and happiness -- namely, that ambition may make us more successful but not happier. Less ambitious individuals may actually enjoy greater happiness and a longer life, according to a 2012 study published in the Journal of Applied Psychology.

"Ambition by definition causes people to raise their goals and aspirations," Timothy Judge, professor of management at the University of Notre Dame's Mendoza College of Business, told CNN. "If you have the highest goals in the world you're always going to perceive yourself as falling short. It's like Sisyphus rolling the ball up the hill, a thirst that can't be quenched."

Aging gives us an opportunity for acceptance. 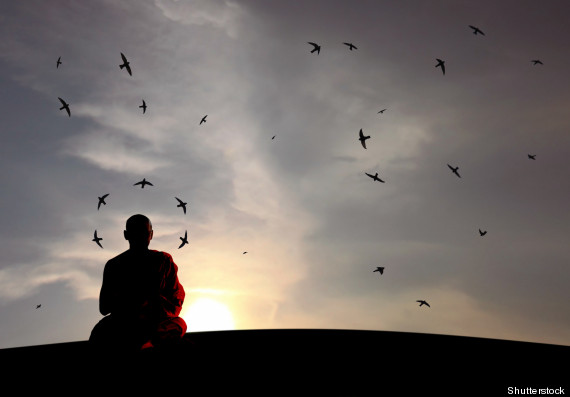 Although a number of factors may be at play in rising levels of well-being -- including biological and environmental considerations -- a tendency towards greater acceptance of oneself and one's life circumstances may play a significant role. As we become older, we may be less likely to struggle to resist or control our circumstance; we may become more likely to realize and live the truth of the Buddha's words, "“Peace comes from within. Do not seek it without.”

Science has also backed the truth of the Buddha's wisdom: A 2013 Australian study found that acceptance of what can't be changed is a significant predictor of satisfaction in later life.

"As we age, we have the opportunity to accept who we are, instead of focusing on who we feel we need to become," psychoanalyst Ken Eisold writes in Psychology Today. "We relax into being ourselves. Our faces start to look like who we are. And the world settles into more and more familiar patterns. That acceptance brings diminished anxiety and a higher degree of enjoyment."