When philosophers try to answer the question: "What is a good life?", it usually involves lots of alone time, thinking and meditating, hopefully with a pipe, a fireplace, or some nice mountain trails.

Then the scientific method happened. With it, the emphasis shifted from within to without -- from introspection and contemplation, to observation and sampling. So instead of sitting comfortably by their fireplaces, a bunch of psychologists decided to get off their couches, and go out and ask people.

They ended up asking over 650 urban-dwelling adults from Australia, Croatia, Germany, Italy, Portugal, Spain and South Africa the question: "What is happiness for you?" 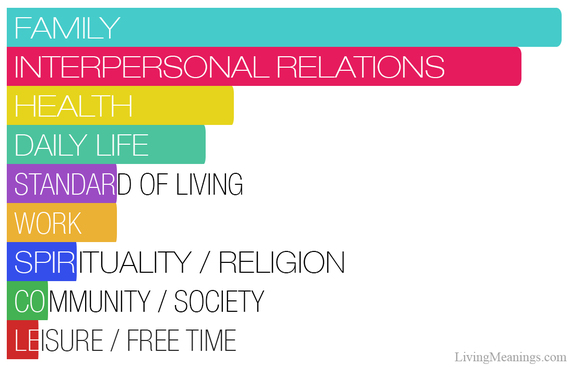 * Daily Life: contains unspecific and often fortuitous situations, such as "little things," "a good day," "to be in the right place in the right time," etc. 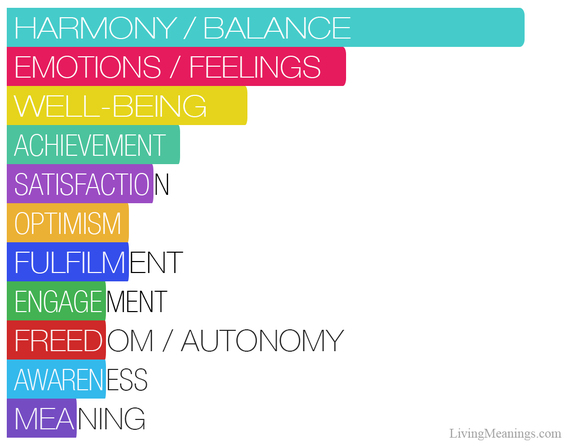 This study did not include a U.S. sample. If it did, 'Harmony/Balance' probably would not have topped the list, given that Americans are much more individualistic, even in their conceptions of happiness.

We should also note that 'emotions/feelings' beat out factors such as 'engagement,' 'autonomy,' 'meaning,' and 'achievement.' This is despite factors in latter category featuring heavily in psychological theories of well-being. This is also despite research showing that a focus on positive emotions predicts less satisfaction with life.

Are people confused about their own happiness? Or are researchers stuck in their ivory towers, blinded to the needs of the masses?

Perhaps the answer lies in the phrasing of the question -- asking about "happiness," instead of "well-being." In the next part of the study, researchers changed the question a little, asking participants about "the three things that you consider most meaningful in your present life."

Most Meaningful Things in Life 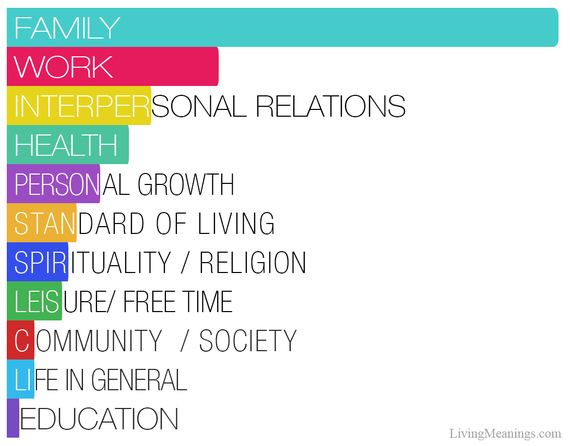 Now, emotions and feelings appear nowhere on the list.

Paralleling this exclusion, another striking change from the 'happiness' survey jumps out: the importance of work almost tripled -- from six percent, to 15.5 percent of respondents listing it as one of the most meaningful things in their lives.

These two discrepancies suggest that the pursuit of meaning can be separated from the goal of gaining happiness. You can live a meaningful life without being sunny all the time.

This article is part of an article-series about the Science Behind Well-being. For more, visit David's website, Living Meanings.