An international team of scientists has created a super-stretchy, never-before-seen material that could revolutionize how prosthetics and even robots are made.

The material can stretch to 100 times its original length and is capable of self-healing when punctured, according to a new study published this week in the journal Nature Chemistry.

The muscle-like material is so flexible that the researchers didn't have the proper equipment to stretch it far enough to reach its breaking point. So, two members of the research team, Dr. Cheng-Hui Li and Dr. Chao Wang, grabbed separate ends of the material while taking steps farther and farther apart -- eventually stretching a 1-inch portion to more than 100 inches.

"When we designed the material, we expected it to have high stretchability because we intentionally incorporated energy-dissipation sites into the polymers," Wang, an assistant professor of chemistry at the University of California, Riverside, and a co-author of the study, told The Huffington Post on Thursday. "But we were still surprised that the property could be so stretchable."

The material is made of a network of elastic polymers -- a stretchable plastic-like substance -- crosslinked together. The researchers not only tested its stretchiness but also jolted it with an electrical field and found that it responds with a muscle-like twitch or pulse.

The researchers found the material can also self-repair any gaps or punctures at temperatures as low as -20 degrees Celsius since it bonds to itself.

"Basically the polymers become linked together like a big net through the metal ions and the ligands," Dr. Zhenan Bao, professor of chemical engineering at Stanford University and lead author of the study, said in a statement. "Each metal ion binds to at least two ligands, so if one ligand breaks away on one side, the metal ion may still be connected to a ligand on the other side. And when the stress is released, the ion can readily reconnect with another ligand if it is close enough."

The researchers concluded that these properties, such as the high stretchability and self-healing capabilities, make the material ideal for use in the development of prosthetics -- possibly even giving a prosthetic the ability to perform humanlike movements or to be controlled by a wearer's own brain.

"In the future, the material could possibly be linked to the neurons and driven by human neuron signals," Wang said.

Dr. Marek Urban, a polymer chemist at Clemson University in South Carolina who was not involved in the new research, seems to agree.

He told Science magazine that the newly made material possibly could be used to build synthetic muscles needed to move artificial limbs, such as those used to replace missing limbs for disabled people or those that allow robots to move things. 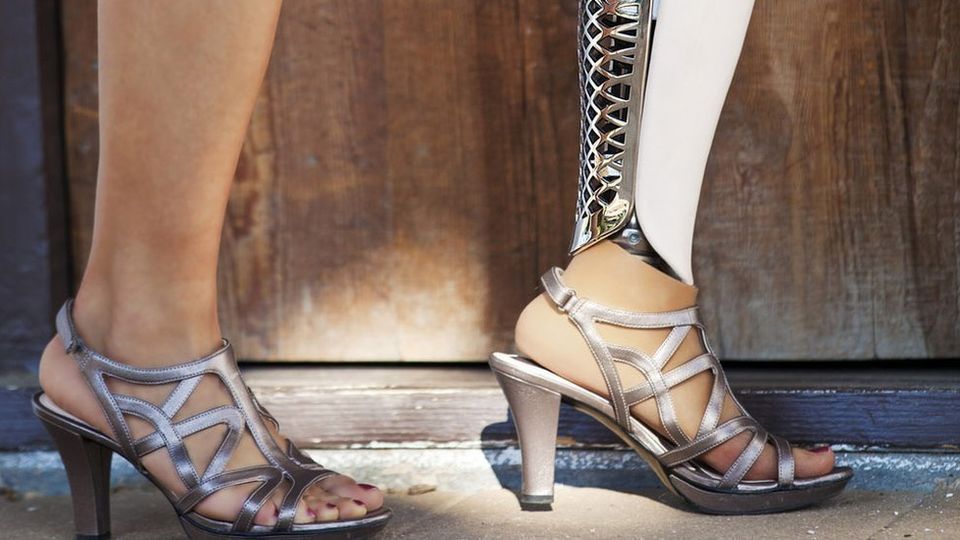