If you add coconut oil to the boiling water before cooking your rice, the starch will break down and you'll have a healthier meal. 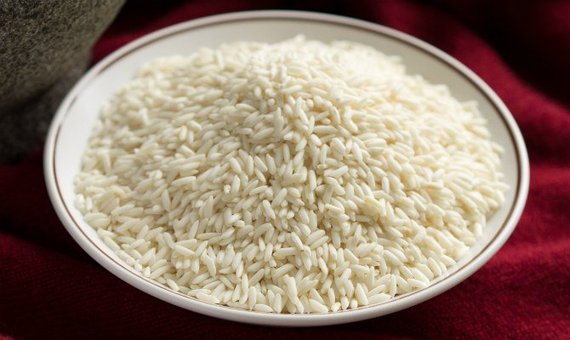 Who doesn't love a big bowl of sticky white rice? Now you can munch to your heart's content -- without the guilt.

We all know the drill by now: Limit your intake of refined starches like white bread and rice, and replace them instead with whole grain starches. But if you're like us, sometimes there's nothing quite like a bowl of rice drowning in soy sauce and stir fried-vegetables.

Well, scientists have figured out a way for you to eat white rice without the guilt. Apparently, if you add coconut oil (about three percent of the weight of the rice you are going to cook) to the boiling water before cooking the rice, the oils will begin to break down the digestible starchy components of the rice, greatly reducing its caloric composition.

The revelation comes from Dr. Pushparajah Thavarajah, a professor at the University of Sri Lanka, and undergraduate student Sudhair James, who presented their research to the American Chemical Society.

"The oil interacts with the starch in rice and changes its architecture," James told The Washington Post. "Chilling the rice then helps foster the conversion of starches. The result is a healthier serving, even when you heat it back up."

This could be a particularly important discovery for developing countries, where the majority of the population relies on rice as a cheap source of nutrition. As a result of relying on refined starches for meals, the obesity rates of those countries have increased steadily. The researchers say that they want to try a similar experiment with bread.

More Content from The Daily Meal:
BEST RICE RECIPES
Around the World in 14 Rice Dishes
6 Secrets to Making Perfect Rice Every Time
101 Best Restaurants in America
10 Meals That Are Less Than 500 Calories