Canadian scientists have made a new discovery about narwhals and their crazy awesome eating habits.

If you’re unfamiliar, narwhals, also known as “unicorns of the sea” (no, we’re not kidding), are whales that live in Arctic waters and have one massive defining characteristic: they have giant tusks.

Or, rather, the males do. They look like this:

But researchers from Fisheries and Oceans Canada have discovered male narwhals will herd arctic cod, get super close and then “hard tap” them with their tusks to stun them. The narwhals then suck their prey into their mouths and have themselves a meal.

The narwhal’s tusk has long been a mystery to scientists. There have been hypotheses that the porous horn acts like a sensor.

“Having all those nerves on the outside allows the whale to detect water pressure, temperature and salinity. It might even be able to detect barometric pressure when it’s above the water’s surface. However, if the tusk is so important to survival, why don’t females have one? We don’t know,” says How Stuff Works.

There have also been guesses that the tusk is used to duel and establish dominance or that it has to do with mating.

The #Narwhal use their tusk to hit and stun fish, then eat them https://t.co/A5pYcnTblJ pic.twitter.com/5a3JGydM1v

However, none of those theories have actually been observed by scientists, which is why the above video depicting the narwhals using the tusks for food is so intriguing.

Knowing how the tusks are used by the animals will also help scientists figure out how to better protect them from extinction. 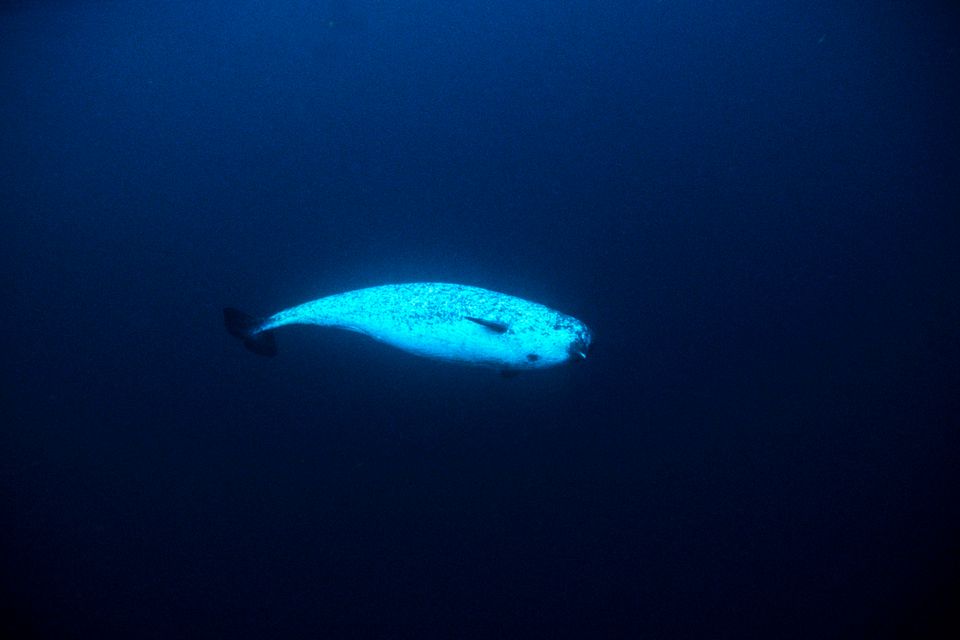