As governments falter in their struggle to find a solution to unpredictable outbreaks of terror, an international alliance of concerned scientists has offered a possible solution.

The Global Union of Scientists for Peace has recently published an Open Letter to Presidents Obama, Hollande and Putin--and to the leaders of all nations--proposing a scientific alternative to the conventional approach of creating peace through force or violence (International New York Times, December 3, 2015).

In the following interview, Quantum Physicist John Hagelin, President of the Global Union of Scientists for Peace, answers questions about this novel approach. 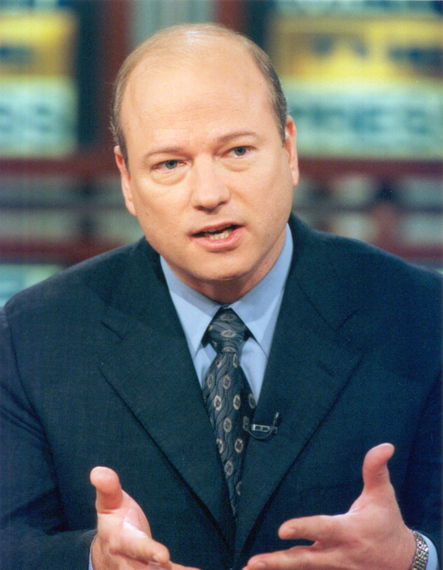 Dr. Hagelin received his Ph.D. from Harvard University, and conducted pioneering research at CERN (the European Center for Particle Physics) and SLAC (the Stanford Linear Accelerator Center). He is responsible for the development of a highly successful grand unified field theory based on the superstring, and his scientific contributions include some of the most cited references in the physical sciences.

Your open letter in the Times offers an explanation of the root cause of terrorism: deep-rooted societal stress. Could you summarize?

It is the overwhelming consensus of experts in the field of conflict resolution that the first stage in the emergence of war is mounting societal stress--acute political, ethnic and religious tensions among rival factions in critical hot-spots throughout the world. If these tensions continue to grow unchecked, they eventually reach a boiling point. Then they inevitably erupt in social violence: crime, war, and terrorism. If we can defuse these societal tensions before they erupt--even a little--they do not break out into social violence. Water does not boil at 99 degrees centigrade.

Individual practice of certain evidence-based, stress-reducing meditation techniques relieves individual stress, according to extensive published research. And practice of these techniques--in particular, the Transcendental Meditation (TM) technique--by a significant sub-portion of a population (even 1%) has been similarly shown to reduce societal stress, leading to substantially reduced violent crime, psychiatric crisis calls and other indicators of acute societal stress.

Moreover, practice of TM and its related advanced meditation techniques in large groups has been found to produce an even more powerful societal effect. Multiple studies looking at war in the Middle East, as well as global terrorism, have shown that as few as the square root of 1% of the population of a given region, practicing in large groups, can very effectively defuse and prevent social conflict throughout the entire region. (Here is a brief summary of that research.)

It is totally unnecessary for the most violent members of society--criminals and terrorists--to engage in these meditation practices. They become settled as the society becomes settled, and as local community support for their fanatical behaviors dissipates. This has been confirmed again and again. And this is the novel, innovative, but extensively proven approach that we are proposing today.

Why is this solution more effective than other approaches?

Conventional approaches to conflict resolution are simply too superficial. They are "Band-Aid" approaches in that they do not address the underlying root cause of war: mounting political, religious and ethnic tensions in a society. History shows that political settlements and negotiated treaties are hardly worth the paper they're written on. These treaties are historically short-lived because they do not address and defuse the deep-seated tensions--or the lust for blood vengeance that seethes in the hearts of certain historical antagonists.

Has this been tried before--is it tested and proven?

There have been more than 50 demonstrations and 23 scientific studies published in leading peer-reviewed scientific journals. There have been at least seven interventions in the Middle East since the early 1980s, each time reducing war deaths and war-related injuries by an average of 80%, and bringing significant progress towards peace among the rival factions. It is a pity that government support was not made available to sustain those large, peace-promoting groups of meditating experts.

There has never been an approach to preventing war and promoting societal peace that has been as rigorously tested, or shown to be as effective, as this consciousness-based, brain-based, foundational approach to peace.

Do you feel that conventional approaches to countering terrorism are inherently bound to fail?

The historical record is clear. If you look at the Middle East, for example, there have been literally hundreds of peace treaties that have lasted, on average, only a few months. Negotiated settlements by representatives of government do not directly address the deep-seated stress in the collective consciousness of the masses.

Even military approaches, despite their enormous cost and toll in terms of human life and suffering, have rarely achieved a lasting peace. Witness, for example, the war in Iraq. Military interventions typically only further inflame tensions within these politically volatile regions.

You reference a "technology for peace" that's more powerful than weaponry--could you explain?

When it comes to achieving lasting peace and social harmony, weapons are truly not powerful. They are a knee-jerk response in the absence of anything better. They appeal to men (mostly!) who seem to be unmindful of their historical impotence--of their poor track record. World War I was meant to be "The war to end all wars." But the resulting humiliation and destruction wrought among the vanquished inevitably led to World War II. We need something more successful, more innovative, more powerful--something that addresses and defuses the root cause of violence.

With so many warring factions and conflicting ideologies, how can any approach allow all sides to reconcile and get what they want?

What people fundamentally want cannot be won on the battlefield. They want peace. Prosperity. Security. Happiness. The devastation wrought by war is not a path to any of these. You cannot achieve peace through violence. Or happiness through killing. Instead, it simply perpetuates the endless cycle of war followed by war.

What is needed for this to be implemented quickly?

Fortunately, relatively little is needed. Any governing body can designate a group of individuals to receive training in these peace-promoting technologies and can also provide sufficient funding and resources for their security and comfort--such as troops at an army base, students at a military academy or any sizable university, a group of unemployed citizens, or even a group of refugees. Then the Global Union of Scientists for Peace (www.GUSP.org) will arrange for their proper training. The effects will be felt immediately, within months.

I would also recommend that a proper research study be simultaneously put in place to demonstrate and document this effect, for the satisfaction and benefit of politicians, policy makers, and the public.