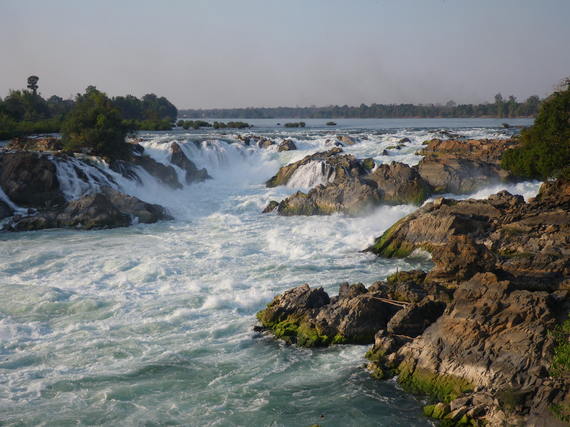 Scientists from around the world have just presented a major challenge to the promoters of large dams.

Today, the prestigious magazine Science published an assessment of the proposed hydropower dams on the Amazon, Congo and Mekong rivers. Conducted by scientists from 30 academic, government and conservation institutions in eight countries, the study concludes that dam builders "often overestimate economic benefits and underestimate far-reaching effects on biodiversity and critically important fisheries."

Based on numerous rigorous case studies, the new research confirms what International Rivers and other critics have been saying for years. Some key observations include:

"Large dams invariably reduce fish diversity but also block movements that connect populations and enable migratory species to complete their life cycles. This may be particularly devastating to tropical river fisheries, where many high-value species migrate hundreds of kilometers in response to seasonal flood pulses."

"Ecological effects of large dams are not limited to rivers; trapping sediment alters nutrient dynamics and other biogeochemical processes in deltas, estuaries, and marine-shelf ecosystems, which in turn impact agriculture, fisheries, and human settlements."

The authors cite the Belo Monte Dam on the Xingu River, a tributary of the Amazon, as a particularly egregious example of environmental destruction. Kirk Winemiller, a professor at Texas A&M University and lead author of the article, warns that about 50 fish species living on the lower Xingu can be "found nowhere else on Earth," and that Belo Monte "will radically change the river, its ecology, and the lives of local people."

This is not an isolated example. Together the Amazon, Congo and Mekong rivers hold more than 4,000 described fish species -- about one third of the world's freshwater fishes -- and most of these species cannot be found anywhere else. The three rivers and their tributaries are currently facing an onslaught of about 450 proposed dams. Making matters worse, many of the proposed dams would be built in ecologically particularly sensitive areas, for example on the mainstems of the Congo and Mekong and near waterfalls.

The new study finds that these approaches are wholly inadequate. It warns that many EIAs "have no actual influence on design parameters" of projects, and that fish passages "have proven unsuccessful and even harmful." The scientists thus confirm a conclusion that local communities and International Rivers have reached in numerous cases.

The authors propose that a new balance be found "between tapping hydropower potential and sustaining key natural resources." Specifically, they recommend that "institutions that permit and finance hydropower development should require basin-scale analyses that account for cumulative impacts of climate change."

From an International Rivers perspective, we might add that governments and financiers should systematically compare the costs and benefits of hydropower with wind and solar projects, so that destructive dam building can be avoided in the first place.

The paper in Science magazine adds to the mounting scientific evidence questioning the benefits of dam building. Recent studies found that dams drastically reduce biodiversity in tropical forests, and cause more than a million additional malaria cases every year in Africa alone. Scientists also found that with average cost overruns of 96%, most hydropower dams don't make economic sense, and that 85% of them will have to cut power generation due to climate change.

Taken together, the scientific evidence shows that dams are not the clean, green or cheap source of electric power they are often made out to be. When will the governments and financiers that promote these projects take note?