There's a big difference between science and science fiction, but there's abundant evidence to suggest that sci-fi books and movies can spark a lifelong interest in science.

"The best of the science fiction films will stimulate a curiosity and an interest in a topic," astrophysicist Dr. Neil deGrasse Tyson, director of New York's Hayden Planetarium, told Vanity Fair in a recent interview.

Recently, HuffPost Science reached out to top scientists to ask which science fiction movies and classics were their favorites. Keep reading to see their sometimes surprising picks (including Tyson's):

Dr. Max Tegmark, cosmologist and physics professor at MIT: "I love Greg Egan’s 'Permutation City,' whose explorations of the ultimate nature of reality blew my mind and inspired my own research."

Dr. Jane Goodall, primatologist, founder of the Jane Goodall Institute and UN Messenger of Peace: "Three books of my childhood probably had the greatest impact on my life. 'The Story of Doctor Dolittle' (by Hugh Lofting) and 'Tarzan of the Apes' (by Edgar Rice Burroughs) inspired me to understand what animals were trying to tell us and instilled within me an equally strong determination to travel to Africa, live with animals, and write books about them. 'The Miracle of Life' was a large book my grandmother got for free by saving up coupons from cereal packets. It was by no means a book intended for children."

Dr. Sean Carroll, theoretical physicist at the California Institute of Technology: "Maybe not my favorite as literature, but I love the imagination demonstrated in Robert Forward's 'Dragon's Egg.' It's a story about life on the surface of a neutron star, which would ordinarily be considered completely outlandish. A good reminder that 'life' might take on very different forms than we ordinarily imagine."

Dr. Temple Grandin, animal scientist and author of "The Autistic Brain": "I’m a Star trek fan... The one I've always liked the best was the one about the whales. It had them coming to Earth and dressing up as Earth people. Some of the later movies haven’t been as good. They’re going with too 'whizz-bam' special effects."

Dr. Seth Shostak, senior astronomer and director at the Center for SETI Research: "Stanislaw Lem wrote a short story, 'Golem XIV,' in the early 1980s that is my go-to reference when anyone asks me, 'What will the aliens be like?' No, they’re not short, hairless, gray guys -- they’re intelligent machines. And while Lem wasn’t talking about aliens in his story, I figure that any extraterrestrials we ever detect really are likely to have moved on from biological brains to cybernetic cerebellums... [My favorite sci-fi movie] has got to be the first incarnation of H.G. Wells’ War of the Worlds, dating back to 1953."

Dr. Chris Stringer, anthropologist at the Natural History Museum in London: "Brazil -- quirky, with humour and horror juxtaposed, and full of little details about the alternative world that Terry Gilliam creates. And Michael Palin outstanding as a nice man turned into a torturer by the system."

Dr. Jack Horner, paleontologist at Montana State University and consultant for Jurassic Park films: "Jurassic Park is my favorite movie because the paleontologist Alan Grant says all the things I would have said if it had not been a movie!! And bringing back dinosaurs is a goal."

Dr. Adam Riess, astrophysicist at Johns Hopkins University: "As a 'card carrying' astrophysicist I tend to like my science fiction to be plausible-science fiction. My usual rule for such work is you can make up one outlandish concept that has some foundation in science and then the story should follow the consequences of that concept. Here are ones I like, 'Contact'-Carl Sagan; 'The Fountains of Paradise'-Arthur C. Clarke; 'Childhood's End'-Arthur C. Clarke; 'The Songs of Distant Earth'-Arthur C. Clarke; 'The Martian Chronicles'-Ray Bradbury; 'Fahrenheit 451'-Ray Bradbury; 'Foundation' series-Isaac Asimov; 'Silo' saga-Hugh Howey; 'The Stand'-Stephen King; 'Watership Down'-Richard Adams; 'The Day of the Triffids'-John Wyndham."

Dr. Steven Strogatz, professor of mathematics at Cornell University: "'The Andromeda Strain' kept me riveted from the first sentence: 'A man with binoculars'... [and] Colossus: The Forbin Project terrified me as a kid growing up at the end of the Cold War. And like everyone else, I'm still trying to figure out 2001: A Space Odyssey."

Dr. Ainissa Ramirez, materials scientist and author of "Newton's Football": "'Parable of the Sower'/Octavia Butler made me pause because it described what the future could be in a very believable way. Star Wars excited all of my senses and made me think that anything was possible. We all have a hero within."

Dr. Mario Livio, astrophysicist at the Space Telescope Science Institute: "The books that fascinated me the most as a child were those by Jules Verne. I count here in particular, 'Around the World in Eighty Days,' 'Journey to the Center of the Earth,' and 'Twenty Thousand Leagues Under the Sea.' In terms of films, I remember having been impressed very much at the time with 2001: A Space Odyssey, with Dr. Strangelove, and with Close Encounters of the Third Kind."

Olympia LePoint, rocket scientist and author of "Mathaphobia": "One of my favorite science-fiction movies is Gravity starring Sandra Bullock. As a rocket scientist, I was blown away by the stunning visual effects and three-dimensional-like movement. Plus, I am thankful that producers and writers cast a woman as an astronaut to bring science concerns to the forefront of American and international discussion... [Also] Back to The Future starring Michael J. Fox. Time travel in movies wasn't uncommon before 1985, but the concept of building a ground propulsion machine from a DeLorean car inspired me to investigate aerospace engineering."

Dr. Danielle Lee, biologist and author of Scientific American's The Urban Scientist: "Dune -- the old one with Sting. I love that movie with its messages of imperialism, environmental conservation, and social justice. 'The Spice must flow. The Spice must flow!'"

Dr. Michael Shermer, historian of science and founding publisher of Skeptic magazine: "My favorite sci-fi film is the 1951 The Day the Earth Stood Still, a Christ allegory in which an alien named Klaatu (who takes the name 'Mr. Carpenter' while visiting Earth) admonishes humans for threatening nuclear annihilation and insists that they will not be allowed to join the planetary community as long as they retain nuclear weapons." 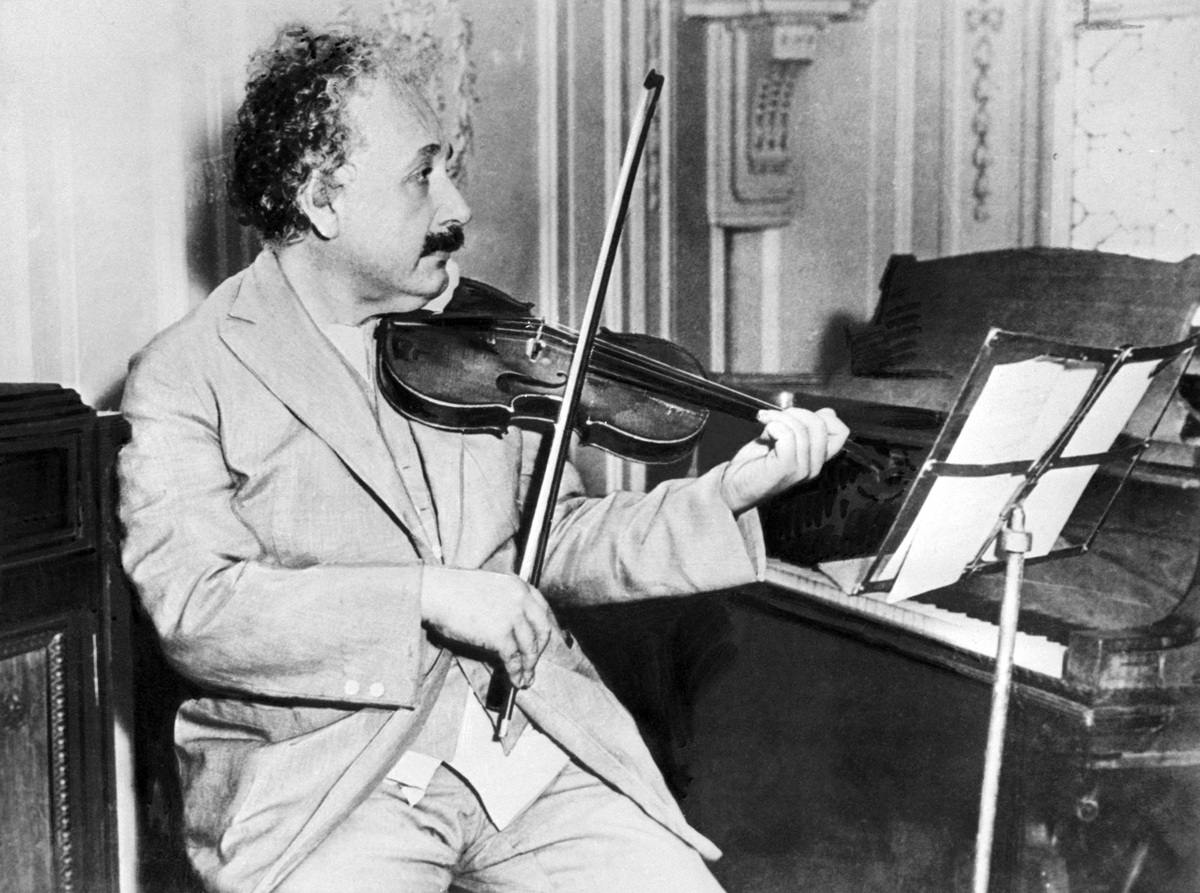