Russian weather scientists in a remote Arctic area are  surrounded by five hungry polar bears and essentially trapped inside their research station, according to the World Wildlife Fund.

Two meteorologists and a mechanic have been unable to leave the Fyodorov weather station on Vaygach Island, and cannot take their twice-daily sea measurements, due to the polar bears lurking nearby.

"Yesterday we came out and a bear was near the house," one meteorologist said, according to Siberian Times. "Three times our engineer fired a small flare pistol and the bear was not even scared. We managed to scare it off with a flare, but not far."

"They sleep near the houses. Two of them walk together," the meteorologist said. "They are aggressive. Recently they fought together near our house."

The team is armed only with flares and rubber bullets, according to WWF.

"This is an emergency," District Governor Igor Koshin told RIA Novosti, the state-run news agency. He said he would be sending help, but added the bears would not be killed.

The scientists have been trapped since last week in the small research station, which has no fencing:

Russian officials say the bears are drawn to residential places because, with no trash pickup in those remote areas, there's usually a pile of garbage to ransack.

"This is especially true of garbage with food remains," Koshin told RIA.

Last year, a bear was relocated nearly 25 miles from an oil operation, but still came back, he said.

Melting sea ice due to climate change has threatened the polar bears and their habitat, and their population is considered "vulnerable" by the International Union for Conservation's Red List.

"Substantial sea ice loss and expected declines in the availability of marine prey that polar bears eat are the most important specific reasons for the increasingly worse outlook for polar bear populations," Todd Atwood, USGS research biologist and lead author of a study on the bears, said in July, according to Reuters.

PHOTO GALLERY
Why Bears Are Awesome
Download
Calling all HuffPost superfans!
Sign up for membership to become a founding member and help shape HuffPost's next chapter
Join HuffPost 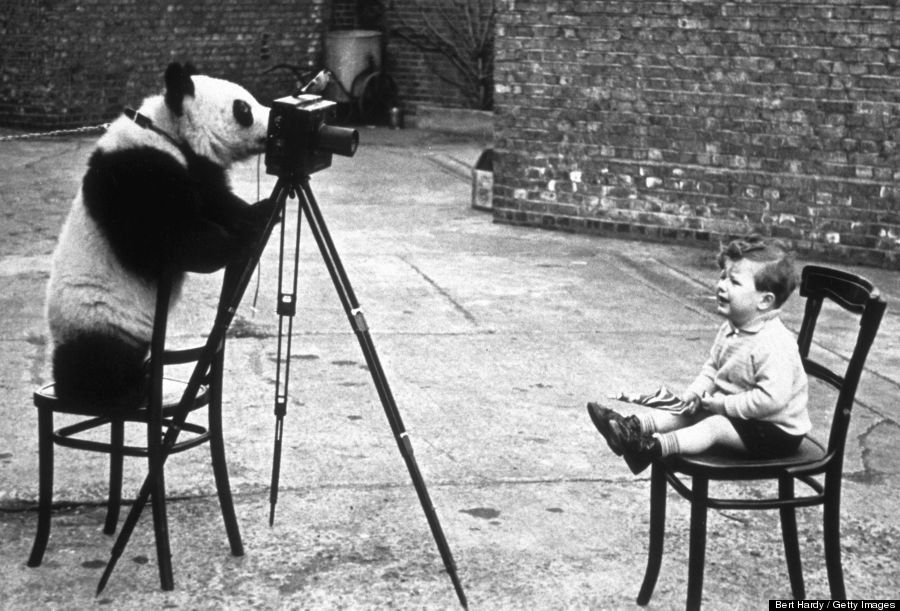