The Department of Defense announced in early February, in an address to the Economic Club of Washington by Defense Scretary Ashton Carter, that its Strategic Capabilities Office was innovating "new roles and game-changing capabilities to confound potential enemies." The Washington Post's Dan Lamothe wrote an exclusive piece on the SCO, a hitherto unknown agency within the DoD, on March 8. In that piece, Lamothe explained that the future of war is now- and the future is the SCO's artificial intelligence.

The SCO's drone program, Perdix, originated at MIT in 2010- 2011. The drones are small. They fit easily in the hand and are surprisingly light-weight.

As the video below shows, the drones can be released from a military aircraft flying at upwards of 450 miles per hour. The aircraft releases a canister containing the drone and a parachute. The parachute opens, the canister falls away- the drone's wings catch the air and the machine is airborne.

If the video does not appear, go here.

And then? Let's go to Lamothe:

The specifics of what the mini-drones can do are classified, but they could be used to confuse enemy forces and carry out surveillance missions using equipment that costs much less than full-sized unmanned aircraft. Video reviewed by The Washington Post shows the tiny aircraft, which weigh about a pound each, moving in packs and gaining situational awareness after sitting inert in the flare canisters.

As SCO Director William Roper explained to Lamothe, the next step has to do with finding a reliable way to eject the machines from the aircraft:

"There are a lot of what would seem like unfuturistic considerations that are the biggest drivers of that program. It's not like there's a trunk in the fighter where 'Oh, we'll just put these in the trunk and kick it out.'"

The SCO's artificial intelligence work is also focusing on what Carter called "advanced navigation." Carter said that this program will integrate the same navigation technologies, cameras, and microphones found in our day to day cellular technology into US military "small diameter bombs to augment the existing target capabilities" on those weapons.

The unspoken hope is for an actual smart bomb. 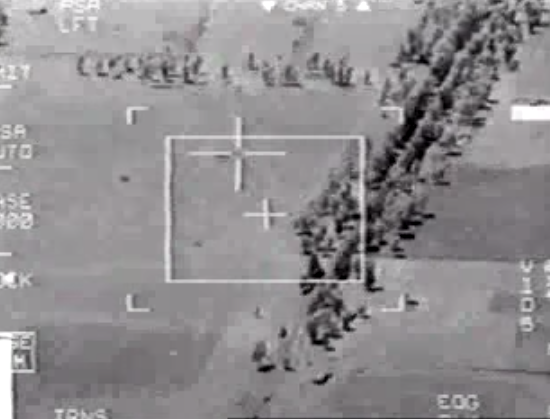 The SCO is also working on enhanced autonomous weapons, "gun-based missile defense." The defense system will use similar weapons tech to the DoD's electromagnetic gun, or railgun, shown below. As with most military defense, it acts as a good offense too. Carter:

Instead of spending more money on more expensive interceptors or on new platforms, we can turn past offense into future defense - defeating incoming missile raids at a much lower cost per round and thereby imposing higher costs on an attacker. 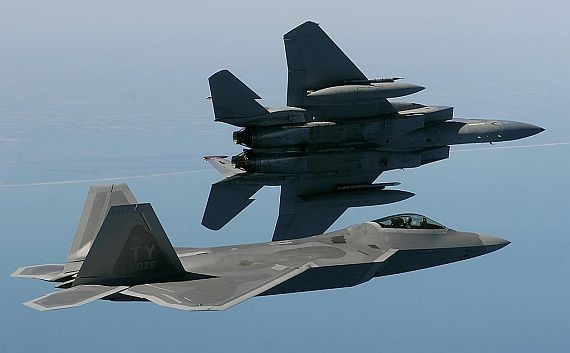 We're calling it the arsenal plane, which takes one of our oldest aircraft platform and turns it into a flying launchpad for all sorts of different conventional payloads. In practice, the arsenal plane will function as a very large airborne magazine, network to fifth generation aircraft that act as forward sensor and targeting nodes, essentially combining different systems already in our inventory to create wholly new capabilities.

The SCO's artificial intelligence tech will be stretched thin to develop the arsenal plane's capabilities, but then the innovative work will move quickly, Roper said.

Arsenal planes will be directed and controlled by stealth fighters, flying out of sight and many miles away. For all intents and purposes, the airborne magazines will be flying themselves.

The future of war is here. And it needs direct human control less and less.