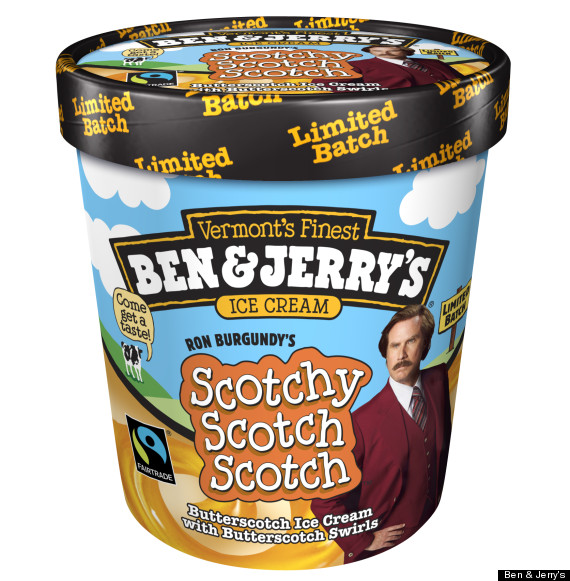 The new flavor is a butterscotch ice cream base with butterscotch swirl ribbons. And it is really good. Good enough that we're hoping that this limited-time offering becomes permanent. The base is creamy enough to remind us of gelato, and the butterscotch flavor is strong in the best kind of way. The swirls are copious and thick, as every ice cream swirl should be. 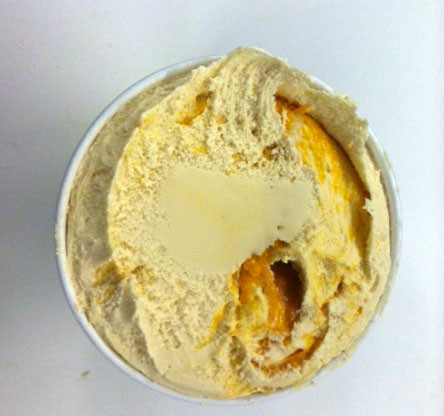 The ice cream was officially revealed at an event in New York City that yes, involved a water-skiing squirrel, as well as Ron Burgundy look-alikes.

Burgundy, when not developing his new ice cream flavor, has been busy working on "Anchorman 2: The Legend Continues," which premieres December 20.

Ben & Jerry's have done several ice cream and entertainment tie-ins before, such as the infamous Schweddy Balls and the more recent Liz Lemon Greek frozen yogurt. However, Scotchy Scotch Scotch's taste is definitely far superior to both. In this case, milk was most definitely not a bad choice.

Scotchy Scotch Scotch is available now at participating scoop shops across the country. Pints will be available on store shelves over the next few weeks.