Thursday’s referendum on Scottish independence could mark the end of the United Kingdom, a 307-year-old sovereign state made up of England, Scotland, Northern Ireland and Wales. Recent polls show the vote will likely be close, and a "yes" vote would have huge consequences not just for Scotland, but for the United Kingdom and the rest of Europe.

Why do so many Scots say they plan to vote for independence, despite economists warning against fragmentation? The WorldPost has compiled a list of five reasons below explaining why Scots may want to break away from the U.K.

They want to see the Labour Party get elected.

Voters in Scotland have traditionally been left-leaning, and the country typically returns a huge majority for the Labour Party. The center-right Conservatives, meanwhile, usually fare poorly in Scotland -- out of the 59 seats contested in the 2010 general election, Labour won 41 while the Conservatives won just a single seat (the Liberal Democrats and the Scottish National Party took the rest).

England, conversely, is far more likely to vote for the Conservative Party, which is currently in power. So despite voting overwhelmingly for Labour, Scotland often finds itself under the rule of the Conservatives. If Scotland becomes independent, so the argument goes, Scots will finally get a government of their choosing. 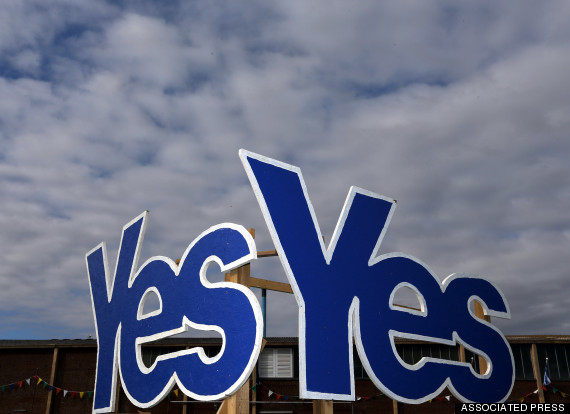 They want to get rid of the Conservative Party for good.

Thursday’s vote is not just about independence. For many Scots, it’s also about making sure the Conservatives never again govern Scotland.

Since the 2008 financial crash, the British government has been married to a series of draconian austerity policies, including cuts to public sector jobs and a squeeze on welfare benefits. Low-income families in Scotland have been acutely affected by these policies. According to a June 2014 report by UNISON Scotland, the country's budget has been cut by 6 billion pounds and 50,000 public service jobs have already been slashed. 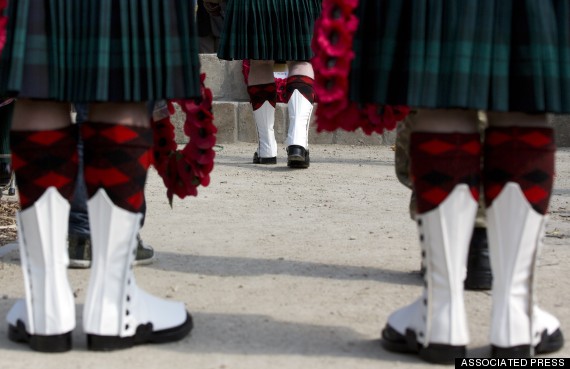 In this Saturday, May 3, 2014, file photo, soldiers of the Black Watch prepare to lay wreaths at the unveiling of the new World War One Black Watch memorial in Zonnebeke, Belgium. (AP Photo/Virginia Mayo)

They view autonomy as a symbol of national pride.

Although many economists have argued that it is in Scotland's best interest to remain part of the U.K., there is a clear emotional pull toward voting for self-rule. As The Economist notes, "the referendum will turn not on calculations of taxes and oil revenue, but on identity and power. The idea that Scots can shape their own destiny, both at the referendum and afterwards, is exhilarating."

In 1999, Scotland created its first parliament, giving the country a degree of autonomy on matters ranging from education to health. However, this has only fueled nationalist desires to control every aspect of governing the country. It has also been made clear that this is likely a one-off referendum. If Scots pass up the chance to vote for independence on Thursday, they may not get another chance for generations. 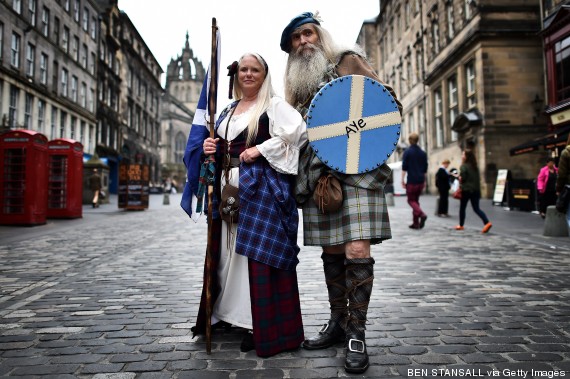 They believe having autonomy would improve the economy.

The camp in favor of independence has argued that an autonomous Scotland will be better at managing its economy, particularly when it comes to taxes and the oil reserves sitting off the Scottish coast. There is also widespread opposition in Scotland to nuclear weapons, and the "yes" campaign has promised to remove the weapons entirely from the country.

Polls also suggest that the majority of Scots want to remain part of the European Union. Even if the U.K. leaves the EU in the next few years, an independent Scotland could vote to keep its EU membership. 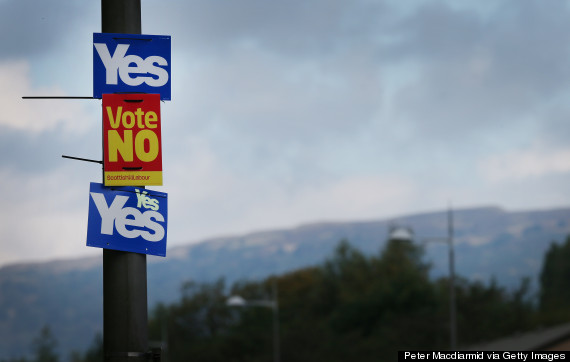 Placards representing both sides of the Scottish independence campaign adorn a lamp post in sight of the Campsie Fells on Sept. 16, 2014, in Glasgow, Scotland. (Peter Macdiarmid/Getty Images)

They have been swayed by a brilliant campaigner.

Alex Salmond, the first minister of Scotland and the leader of the "yes" campaign, has proved to be a hugely effective campaigner, rallying Scots (particularly the younger generation) around the push for independence. In an August poll of 505 voters conducted by the polling company ICM for The Guardian, about 71 percent of decided voters said they supported Salmond, compared to 29 percent who said they backed his counterpart for the "no" campaign, Alistair Darling. It is a testament to Salmond’s leadership (and the lackluster "no" campaign) that the vote is too close to call with only two days left. 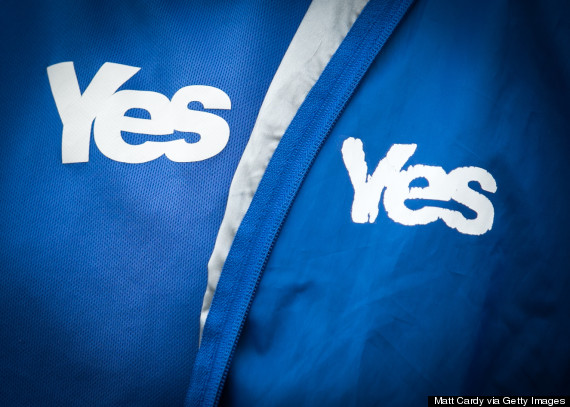 Volunteers from the "yes" campaign prepare to canvas in the Pilton area of Edinburgh on Sept. 16, 2014, in Edinburgh, Scotland. (Matt Cardy/Getty Images)
Download
Calling all HuffPost superfans!
Sign up for membership to become a founding member and help shape HuffPost's next chapter
Join HuffPost
Voting Made Easy
Register to vote and apply for an absentee ballot today
Register now