Sen. Scott Brown's reelection campaign committed an embarrassing typo on a position flyer that Brown tweeted out from his personal Twitter account Tuesday, asking backers to spread the word on the Massachusetts Republican's support of women and women's issues.

"Stand with Scott Brown. Spread the word, reteet this," the e-literature says, unfortunately leaving out the "W" in a pitch to women.

Brown has been battling to close the gender gap in the Bay State in his contest against Democrat and former consumer advocate Elizabeth Warren. Last week, he released an ad proclaiming himself pro-choice.

The flyer, entitled "A Strong Record On Women's Issues," touts several of his positions that women support. A typo likely won't change too many minds, but it probably won't help, either. 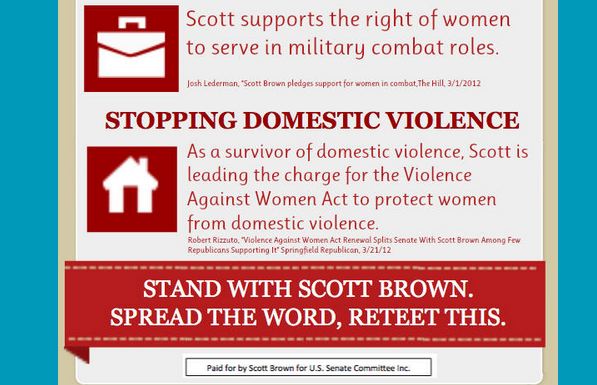