They say that beauty is in the eye of the beholder, but what happens when that beholder is your own subconscious? Photographer Scott Chasserot put that to the test with his project, "Original Ideal."

"What do we find instinctively beautiful in the human face, and how does this translate to self-image?" he asks on the project's website.

To find out, Chasserot asked people to pose for a simple, unadorned headshot in his studio. He then made dozens of altered versions of each person's photo, manipulating their looks with editing software. Some of the edits were made according to "scientifically established canons of beauty," according to a video on the project, and others went against such traditional standards. 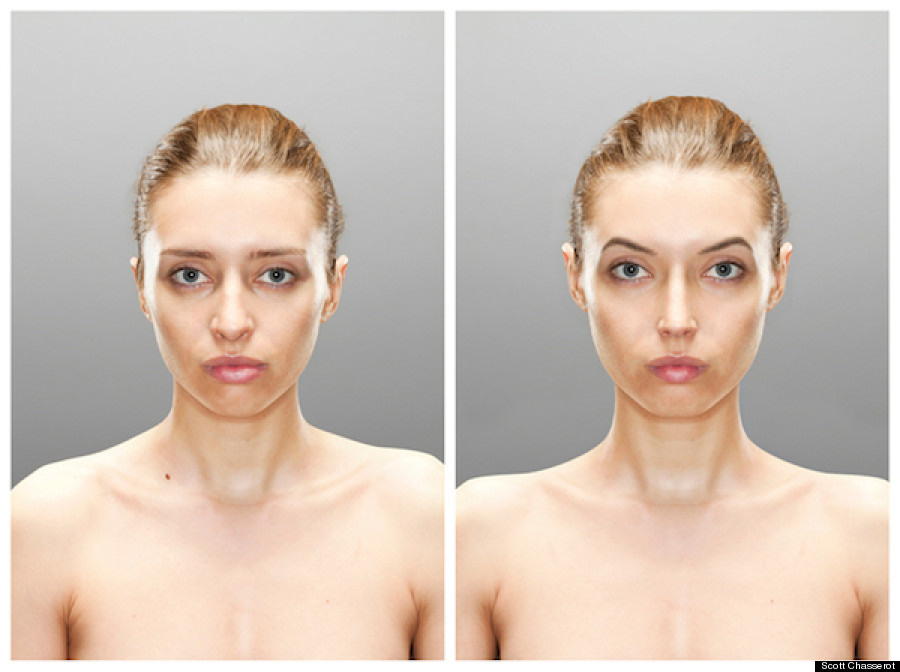 Chasserot then presented both the original and altered images to his subjects, while recording their immediate neuroelectric responses with an EEG headset able to detect and translate brainwaves. He reviewed the resulting scans for signs of a positive emotional reaction, which he says allowed him to determine which version of themselves people found most ideal.

Check out what people apparently thought was their "ideal self" below; the original photos are one the left, and the version of their face that provoked the most positive response is on the right.