Officials in Penn Township, Penn. say the officer stumbled upon Scott E. Smith scrubbing the nub behind a Uni-Mart on the evening of Jan. 29, according to a police report obtained by Penn Live.

When he spotted the officer, the 25-year-old whipped out his phone and claimed he was just trying to call his girlfriend, according to the report.

The officer asked him why his penis was out in the open, and says Smith told him his pants had shrunk.

He has been charged with three counts of indecent exposure and is scheduled for a preliminary hearing March 1.

At least Smith tried to come up with an excuse. In November, a Seattle man was caught "in the throes of self-flagellation" in an alley, and when cops told him to give it a rest, he refused to stop, saying he was "almost finished."

Scott E. Smith Caught With Penis Out In Public, Says It's Because His Pants Shrunk: Cops
Top 10 Least Sexy Sex Stories Of 2012 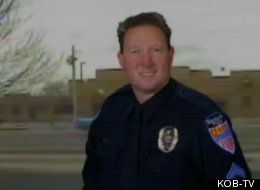