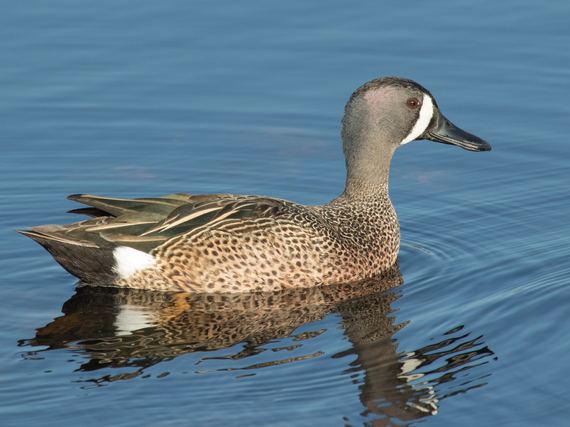 Almost half a century ago, the first head of the Environmental Protection Agency banned the deadly pesticide DDT.

He not only protected millions of Americans from DDT's harmful effects, but also rescued the national bird, the bald eagle, from near extinction. The National Audubon Society and its members helped lead that epic change.

The primary job of the EPA--created 47 years ago by a Republican administration--is to safeguard America's health. The same clean air and water that is good for our kids and families is also good for birds, wildlife and wild places. That is why Audubon opposes Scott Pruitt's nomination to head the agency.

During his six years as attorney general in Oklahoma, Pruitt worked aggressively to dismantle the EPA's scientifically grounded protections for cleaner air and water.

He filed or joined 13 lawsuits against EPA and settled even more against polluters that would permit power plants to spew more sulfur dioxide, mercury, arsenic, cyanide and other poisonous toxins into the air; allow more smog to blanket our rural communities, cities and national parks; and allow more pollution in our rivers and lakes and the water we drink. He even dismantled the unit within the state Attorney General's Office charged with enforcing environmental protections against polluters.

Senators charged with voting on Pruitt's nomination need to consider: How can Pruitt be the protector of America's water, air and health when he has so relentlessly attacked the agency in charge of providing those protections and demonstrated such disregard for these precious resources while serving as attorney general of his state?

It would be hard to find a more classic case of the fox guarding the hen-house.

In an opinion column in the Tulsa World newspaper, Pruitt labeled the EPA's life-saving laws nothing but a "tactic of advancing the climate change agenda." He frequently has questioned the human-caused role of pollution in contributing to climate change, one of the greatest threats to the health of our families and birds.

Pruitt has repeatedly put the interests of the agricultural, oil, gas and coal industries, which have funneled more than $300,000 into his election campaigns, ahead of protecting the health of the citizens who elected him to state office.

This is a dangerous record for a man who has been nominated to lead the agency that that should operate on the assumption that clean air and water are not Republican or Democratic issues, but basic American rights.

In the coming years, protecting our air and water is going to be more essential than ever to preserving the places birds need to thrive and to play a vital role in the forests, wetlands and prairies that are our legacy. Audubon's bipartisan members--some of the 47 million Americans who identify as bird lovers--see birds as parts of their lives, whether they find joy in filling a bird feeder, teach their kids to identify a chickadee's song or take to the marshes with boots and hunting dog on a bright winter morning.

In the largest scientific investigation of birds and climate change, Audubon found that more than half of all birds in the U.S and Canada are likely to lose 50 percent or more of their current ranges by 2080 unless the greenhouse-gas emissions that cause global warming are significantly reduced. We need to do more to protect them, not less.

The EPA does life-saving work for the birds we cherish, the wild places we treasure and the families we love. The Senate should not hand the keys of the EPA to a man who has shown by his words and his actions that he has every intention to undo nearly half a century of progress.

David Yarnold is President and CEO of the National Audubon Society.

President and CEO of the National Audubon Society