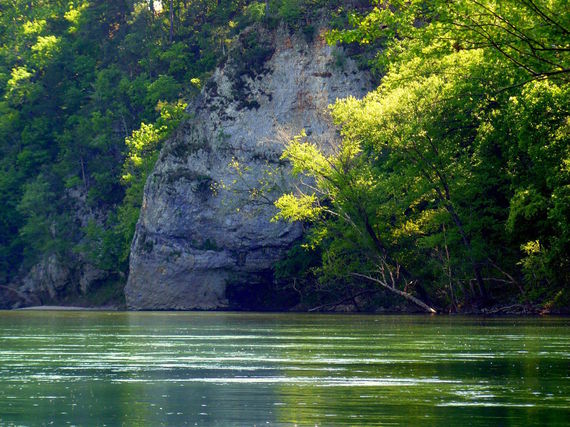 The Illinois River begins in the Ozarks and flows 145 miles to the Arkansas River in Oklahoma. If you read Where the Red Fern Grows by Wilson Rawls as a child, you know the river - the Illinois featured prominently in the classic novel about a boy, Billy, and his Redbone Coonhound hunting dogs.

The State of Oklahoma named the Illinois a State Scenic River in 1970 because of the stream's wildlife, recreation and scenic values.

So why did Scott Pruitt, as Oklahoma's attorney general, sit by for years while pollution from upstream Arkansas chicken farms fouled the Illinois River? It's one of many examples that demonstrate why Pruitt, President-elect Trump's pick to lead the Environmental Protection Agency, is the wrong choice.

In the case of the Illinois River, industrial-scale poultry farms were spreading hundreds of thousands of tons of manure on land that drained to the river. Pruitt chose not to pursue action against the polluters. Poultry company executives were some of the most generous contributors to his campaign.

As Oklahoma Attorney General, Scott Pruitt has spent the last seven years suing the EPA to block regulations that he would be expected to enforce if confirmed as EPA Administrator.

He sued the agency to overturn the Clean Water Rule, which safeguards more than half the nation's waterways, including streams that feed into the drinking water supplies of 117 million Americans.

He also joined industrial agricultural interests to sue the EPA to stop the cleanup of the Chesapeake Bay. EPA's oversight is essential to the health of the Bay and everyone who lives, works and plays in the region. But again, Pruitt put the interests of polluters ahead of clean water and the people and businesses who rely on healthy rivers.

Pruitt believes in a "hands off" approach at the national level, preferring to let states sort out their own regulations. But what happens if neighboring states have different standards? If the upstream state pollutes, the downstream state's health, economy and quality of life suffer. It's why we have national standards for clean water, and why we need a strong EPA to ensure they are enforced. We all live downstream.

In Where the Red Fern Grows, Billy describes his childhood home:

"Below our fields, twisting and winding, ran the clear blue waters of the Illinois River. The banks were cool and shady. The rich bottom land near the river was studded with tall sycamores, birches, and box elders. To a ten-year-old country boy it was the most beautiful place in the whole wide world, and I took advantage of it all."

Rivers run through the lives of each and every American. They shape who we are, they are essential to our health, they are vital to our future. Whoever leads the EPA must be up to the task of protecting our rivers and clean water. Looking at Scott Pruitt's record, it is clear he is the wrong choice and the Senate must reject his nomination.