I haven't figured out who is the bigger sadist: is it the Joker for the horrifying paces he's put Batman and his entire family of allies through? Or is it the man writing the actions of the Joker, Scott Snyder?

In this latest issue of Batman, #16, which hit stores today, the Joker has weaved an intricate tapestry of his greatest hits out of the tattooed flesh of Arkham Asylum inmates as a monument to his brutal career. It's both unnerving and frightening, but it's so patently Joker that it's almost unsurprising. Almost.

But how can you not be surprised by a man who cut his own face off and is now wearing it as a mask, strapped to his face with leather belts?

Those who have only seen the Joker in action in the movies really have no idea what he's truly capable of, but Scott Snyder knows. And I'm not sure if that should freak me out or not.

This arc of Batman is one of the single best I've read in years (perhaps since the Bruce Wayne: Murderer arc, or Hush), and Snyder is putting Batman in the most uncomfortable and compromising situations, all at the hands of the Joker. If you read one Batman story arc this year, you'd do well to make it Death of the Family.

Scott told me about some of the long range repercussions that Batman would face because of this story arc:

"Well, I can tell you there are definitely some insane moments in the conclusion and some crazy things happen so, I've always been braced for it as something that isn't designed to just shock for the sake of shocking, but is the culmination of the story in a way that feels organic and surprising. I can't remember who it was, but I had a teacher that gave me a writing quote when I was a student that said 'Every ending should be both inevitable and totally surprising,' and I completely believe that. Hopefully this is an ending that feels organic to the story we've been telling, and when you get there you'll say 'I can't believe this just happened,' and at the same time, you'll feel that it's a cumulative, horrible thing out of everything that's been going on."

Something awful is going to happen in this book, and I know it. I can feel it. Snyder is a master at irony, making victories for characters feel like losses. I've been stressed out over the fate of certain characters in a way that you wouldn't even believe if I described it. And the next issue is the finale we've been waiting for. What will we see?

I asked Scott and he was cryptic, but equally confidence shaking.

"Our goal with this is to tell a Joker story that hopefully people will respond to in a way where they think that it deserves to be on that same horrible tapestry he creates in #16 at some point, that it will sit among some of the stories I love so much with that character. I definitely see him [Joker] as hoping it goes on that tattooed horrible tapestry."

It really needs to be seen to be believed. Batman is every bit a horror comic at the moment as he grapples with the Joker, and Snyder (known for his work in horror with American Vampire), is absolutely the right man for the job.

To leave you with a tease, here are two pages of art from the next issue, hitting comic book stores in February.

You should really pick up the issues to this point and get on board. Then you should let me know if it's Scott that's being the sadist, or if the Joker is real. Either way, I'm not sleeping any easier. 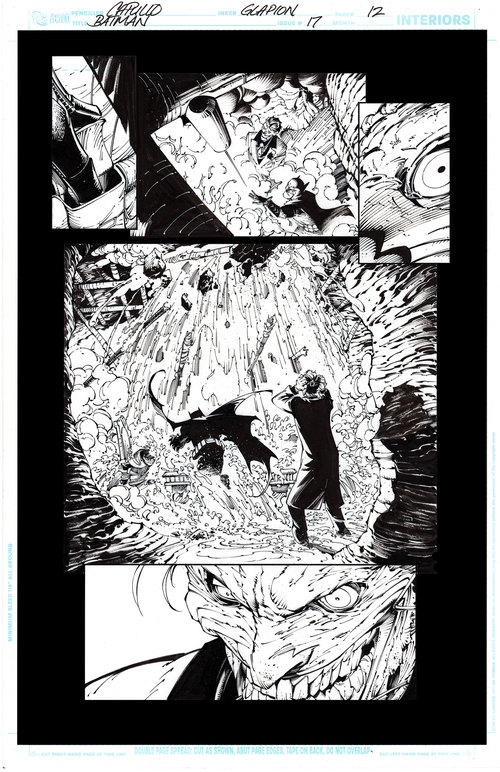 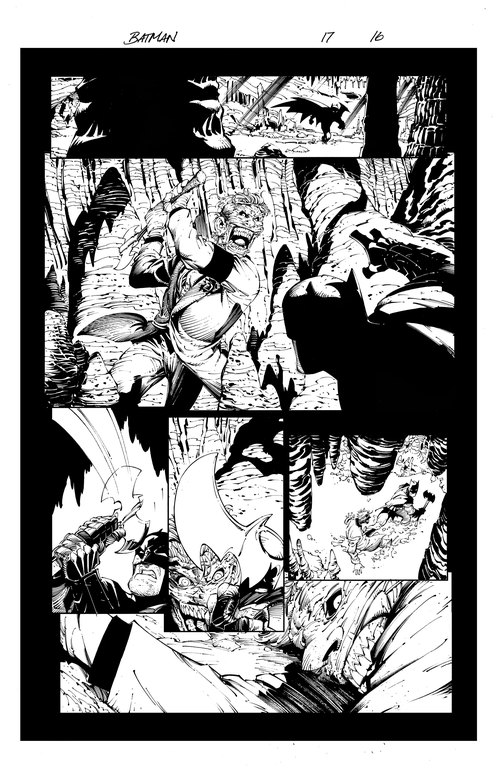