"Hey Reddit - my 47 year old uncle, Scott Widak, has down syndrome and is terminally ill with liver disease," Sean O'Connor wrote on the social news website. "He is currently bedridden and living out his last days at home with my 85 year old grandmother. One of his favorite things to do is open mail…anyone feel like sending him a letter or card?"

Within hours, the post garnered more than 1,300 comments, and just days later, "Redditors" sent over hundreds of letters and some meaningful gifts, Mashable reports.

“The mail that’s arrived has all been extremely positive and thoughtful,” O’Connor told Mashable. “My family and I are amazed at how so many strangers could come together for a random act of kindness.”

Some supporters sent over artwork and art supplies, so that Widak can partake in one of his favorite pastimes. The Plainville, Mass., man picked up the hobby five years ago and has crafted dozens of his signature Roseart "fuzzy" brand drawings, The Sun Chronicle reports.

"It's amazing what he's doing," Petite Konstantin, executive director nonprofit L.A. GOAL told the news source of Widak’s art, "because somehow, somewhere, he figured out he was going to do this and he recognized his abilities."

Check out the photos below of Widak opening letters from Reddit users. 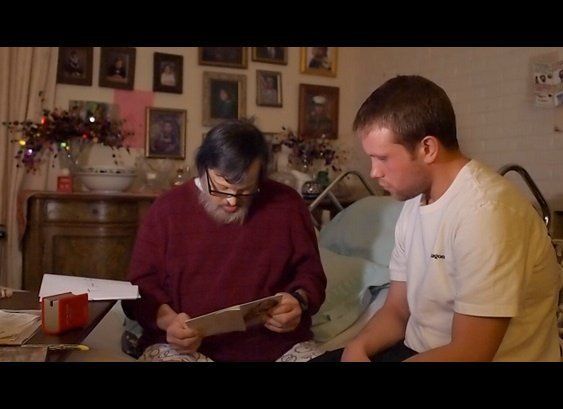