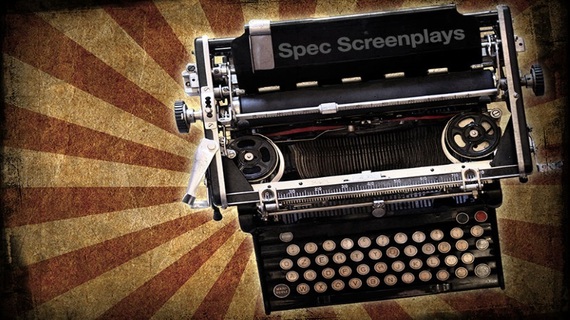 Every so often, the screenwriting world is rocked by some dark days within the film industry. In these contemporary times, we've seen the Writers Guild of America strikes (1960, 1988, 2007) -- the worst of which was the one two-punch of the 2007-2008 strike followed by the Economic Crisis of 2008. That dual event sent ripples through not just Hollywood, but the screenwriting world specifically.

Studios were dropping options and development deals left and right, preparing for what was to come. In the ashes of that dual event, Hollywood forever changed how up-and-coming screenwriters were welcomed -- or in most cases, not welcomed. Gone were a majority of significant monetary optioning of spec scripts. Gone were a majority of high six to seven figure spec script acquisitions. These days, we see just a few big spec script sales every now and then.

I can attest to the effect it had on screenwriters in Hollywood as I saw my very own Lionsgate deal -- my first screenwriting paycheck -- go un-renewed despite major interest months before the eve of the strike and eventual economic crisis.

This week, the screenwriting world felt an aftershock of that dual 2007-2008 event with the release of the often anticipated Scoggins Report, which is an analysis of the feature film development business based on information assembled from a variety of public and non-public sources.

This report tracks spec sales, pitch sales, and the overall screenplay market on a weekly basis. The numbers in the reports are by no means official statistics, however, they've been a standard benchmark for screenwriters and Hollywood as a whole for a number of years.

I've avoided the bad news long enough, but before I get into that, know that there are some silver linings within this bad news. And as screenwriters must always face adversity head on, there are many things to learn, which we'll cover after I rip this band-aid off quickly.

2016's Spec Market Has Gotten off to a Dismal Start

Spec scripts or spec screenplays, of course, refers to the idea that a script is written under speculation that it will be sold, which means that the writer hasn't been hired to write the script. Instead, they wrote it on their own accord in hopes of taking it onto the Hollywood market.

According to the 2016 January - March report (with spring usually being a buying season for Hollywood), spec script sales are at an eight-year low, which means that since the report has tracked such numbers starting in 2009, it's the lowest ever number tracked.

Perhaps even worse news is that Paramount is the only studio buyer to have purchased a spec so far this year. The report lists Paramount among 16 other companies that they now consider to be studios, so we're not just talking about the handful of major studios here -- Paramount, Disney, Sony, Warner Brothers, Universal, and Fox.

You can read the further breakdowns of those numbers within the report, but needless to say, they're disappointing.

What Do Screenwriters Do in the Wake of Such News?

Some will cower and get defensive as they bombard discussions and chat rooms about how Hollywood doesn't want anything original anymore. Others will question whether their time and efforts writing their scripts has been -- or will be -- worth it.

Yet a small percentage of screenwriters will do the right thing and learn from this current trending news, realize that all may not be as it seems, and adapt. Because in all industries as time goes on, you must adapt or die.

How Has Hollywood Changed?

Since the spec market crashed somewhat in 2008 during that fateful dual event, the film industry has shifted. Sure, major studios are focusing their time, money, and efforts on tent pole pictures, which includes blockbusters, franchises, remakes, reboots, and major movie star vehicles. However, they are still involved with original concepts and movies.

The development of such films has largely shifted to the few remaining studio specialty company partners, and even more so, to independent production companies.

Major studios often let them do the work until final product is available to consider. That's when they jump in to distribute such original releases.

Cynics will look back to the days of the 1960s and 1970s and declare that studios took more risks during those decades. While there may be some truth to that, most forget that aside from classics like Rocky, Taxi Driver, The Godfather, and every other pinnacle film of those decades, studios were making plenty of horrible movies as well. Trust me folks, hindsight is always 20/20. Hollywood is making better movies, and more of them, than it ever has. It's 2016. Technology has changed. Corporations own the major studios. Those studios have stockholders to answer to. It's a different time and movies are developed, produced, and distributed in vastly different ways. Those big movies afford studios the ability to take some calculated risks each fiscal year.

So What Can You Learn from This News and the Scoggins Report?

Information is the key to any success for every screenwriter.

You need to be in the know. You need to know who the players are that are actively pursuing, developing, producing, and releasing projects.

Perhaps the biggest misconception that screenwriters have about marketing their scripts is that they should take them to the major studios and major well-known producers. There are hundreds of high-powered production companies, producers, and development executives that most screenwriters have never heard of. They produce many of the television series and movies we see in the theater and on streaming every week. Screenwriters just need to pay attention to the opening credits of movies and the production company names and logos to find them.

With the Scoggins Report, screenwriters have the greatest collection of spec market information screenwriters will ever see. It breaks down:

This is information that screenwriters can accompany with IMDBPro to approach the real movers and shakers.

Spec scripts work as calling cards for screenwriters. As we mentioned before, more movies are being made than there ever has been. It's not just about the major studios any longer. Specialty companies and independent production companies and distributors are making many, many films each year -- many of them with major talent attached.

They need writers. When screenwriters market their spec scripts to them and showcase some true vision and talent, that's when spec scripts matter the most these days. That's not to say they'll never be purchased and produced, but the reality is and always has been that the stars need to align for any film to get made. It's hard. It's even hard for A-list names to get a film packaged, financed, and produced by the major studios or anyone else.

This is just the nature of the beast, but at least screenwriters can take comfort in knowing that writing spec scripts still matters.

Utilize the Scoggins Report. Study it. Make calculated decisions on who you will take your scripts to when they're ready.

These may be dark days in the realm of spec scripts and the screenwriters that write them, however, those that truly want this dream to come true will find a way to shed the light that is needed to brighten their days and shine the necessary light onto their scripts.

So let me end with some information that you can work from, beyond reading the whole report yourself, which is what you should do as soon as possible -- and take notes.

Spread the word. Spread this post to as many screenwriters as you can through Facebook, Twitter, and your personal and professional circles because in a time of darkness or crisis, we need to unite and figure this out together.

Here are the breakdowns for the 12 spec scripts that have been purchased so far this year. One of them went out into the market in 2015, but the sale was completed in 2016.

Attachments: Andrew Lazar will produce through his Mad Chance Productions.

Logline: A former soldier believes the world is a good place and worth fighting for, but his optimism is tested in the most dramatic way possible after he returns home from the war and takes a job as a police officer.

Writer: Max Landis (Me Him Her, Chronicle, The Good Time Gang)

Attachments: Will Smith and Joel Edgerton attached to star. David Ayer, who did his own draft of the script, is attached to direct. Ayer and Landis will produce with Eric Newman and Bryan Unkeless through Arcade Films and Clubhouse Pictures, respectively.

Notes: Per Deadline, project endured a two-week bidding war between Netflix, a Warner Bros./MGM team and Kevin Frake's PalmStar. Netflix is in for $90 million, which includes a $3 million payday for Landis.

Notes: The project will be stop motion animation. Script topped the 2015 Black List.

Logline: Now in a Florida habitat for apes, Michael Jackson's pet chimpanzee Bubbles recounts his life spent by the King of Pop's side and the unbreakable bond that they formed in this unique, tongue-in-cheek biopic told from the ape's perspective.

Notes: One of the two scripts Marceca sold in the month of February.

Logline: Kept under wraps, but said to be Prisoners meets Silence of the Lambs.

Attachments: Leonardo DiCaprio is attached to star. John Davis will produce through his eponymous production company.

Notes: Production begins in the fall.

Logline: The story of a couple traveling on a small airplane that gets lost over the Pacific Ocean.

Logline: The story of a faithful dog that is left stranded in a house after his owners die in a car crash.

Logline: Set in the summer of 1974, the story wraps a murder mystery around the beginnings of modern Wall Street mergers-and-acquisitions hustlers as seen in films like The Wolf of Wall Street.

Notes: Steve Barnett will oversee. One of the two scripts Marceca sold in the month of February.

Logline: A disgraced surgeon operating a black market clinic in Manila is called into action after he is enlisted by terrorists to assist in a plot to set off a bomb at a political convention filled with international dignitaries.

Attachments: Levy will produce with Scott Bernstein and Steve Richards.

Logline: A young PI with a checkered past teams up with an ex-model/hot mess to solve the murder of a young girl in Miami. As they navigate the sleazy underbelly of Miami and follow leads pertaining to the murder, they find themselves in way over their heads as they begin to uncover clues linking a high-powered figure to a far-reaching conspiracy.

Logline: Set two decades after an epic battle left a city's super villain dead and a superhero missing, a young boy befriends an old man who he believes is the hero in hiding. But the truth he discovers is more shocking than he could have ever imagined.

SMOKE ON THE WATER

Logline: Kept under wraps, but the story is set in the world of offshore boat racing, open water drug smuggling and the U.S. Coast Guard-exploring the "nautical narcotic highway" from Cuba to Key West.