French photographer Antoine Bruy spent several years hitchhiking around Europe, documenting the lives of men and women who have abandoned the bustle of cities to live, as they say, off the grid. 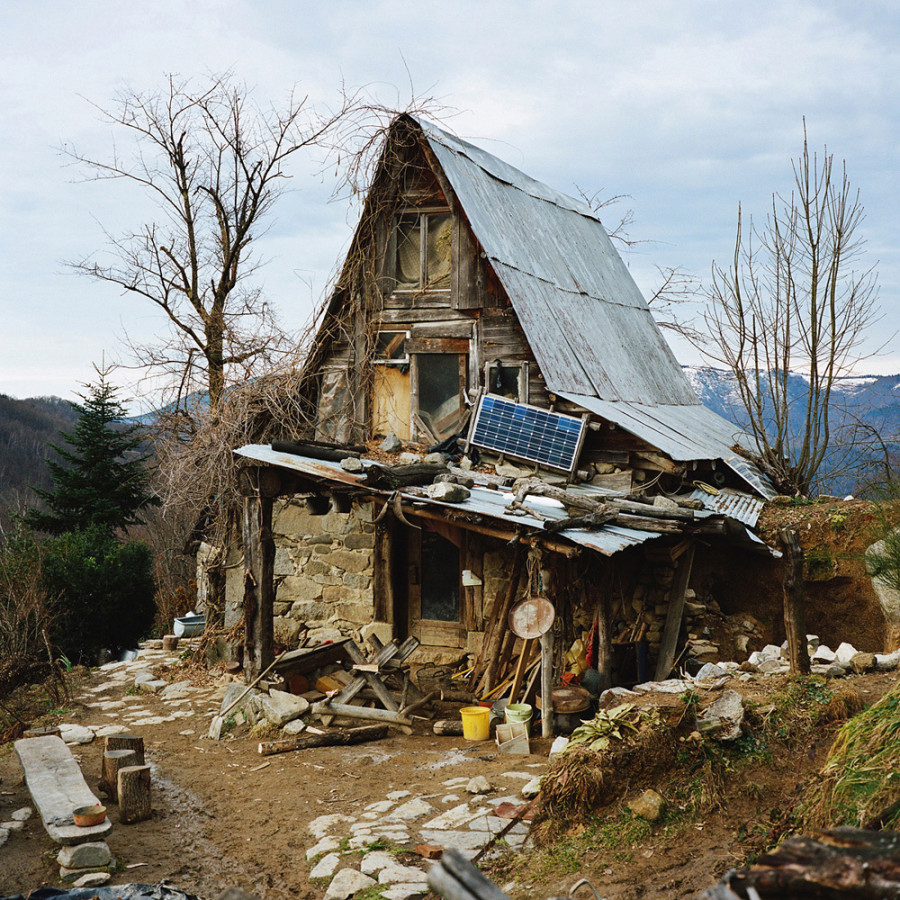 Existing on mountainsides and river valleys left fairly untouched by the greater human population, the individuals -- adults and children -- live largely without access to commodities like running water, central heat and big brand grocery stores. Instead, they are seeking “greater energy, food, economic, or social autonomy," changing their relationship to their surrounding environment and living with the economic and social circumstances that arise from their decisions.

The collection of images, titled "Scrublands," showcase ramshackle shelters and the bold adventurers who reside inside them. The simple, manmade structures stand out against the sublime backgrounds, populated by thick forests and swirling hills. The faces of the young boys and girls bring an eerie sense of humanity to the pristine landscapes, giving just a faint glimpse into their lives, while leaving the viewer as a clear outsider.

"The people and places depicted in my pictures display various fates which I think should not only be seen at a political level, but more importantly, as daily and immediate experiences," Bruy wrote. "These are, in some ways, spontaneous responses to the societies these men and women have left behind. This documentary project is an attempt to make a kind of contemporary tale and to give back a little bit of magic to our modern civilization."

See a preview of "Scrublands" here. Bruy has recently launched a crowdfunding campign on FotoFund to raise money to continue the project that began back in 2010. Head over to the site if you're interested in supporting the work and let us know your thoughts on the beautiful photographs in the comments.