This Christmas season, Santa Claus has taken the plunge, swimming with schools of fish in South Korea.

At the Coex Aquarium in Seoul, divers clad in Santa costumes are delighting patrons as they frolic in their suits of red with shoals of sardines, feeding the fish as they pose and perform for eager visitors and their snapping cameras.

The aquarium, which aims to further marine education and oceanographic research in Korea and beyond, organizes feeding sessions of sardines, manatees and even sharks that are open to the public.

The Christmas-themed feeding sessions will continue almost every day for another two weeks, according to the aquarium's website.

South Korea isn't the only place where Santa is taking a swim.

For the rest of the month, Scuba Santa can be found underwater at the Newport Aquarium in Kentucky, where he's feeding rays, sharks and other underwater creatures; while in Tokyo, Santa costume-clad divers are swimming with dolphins, the Toronto Sun reports.

For more, watch this YouTube video of the scuba diving Santas at the Coex Aquarium from 2011: 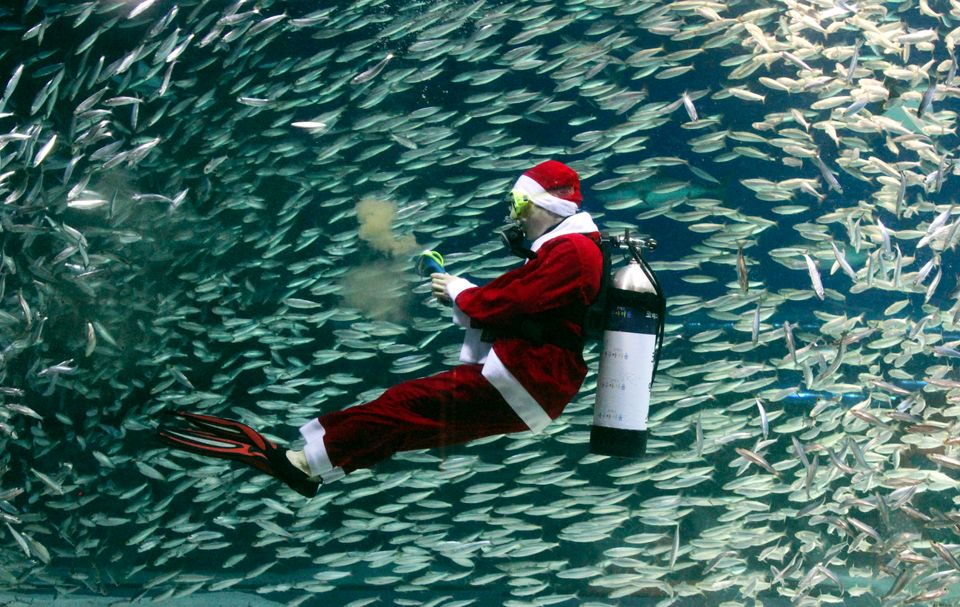