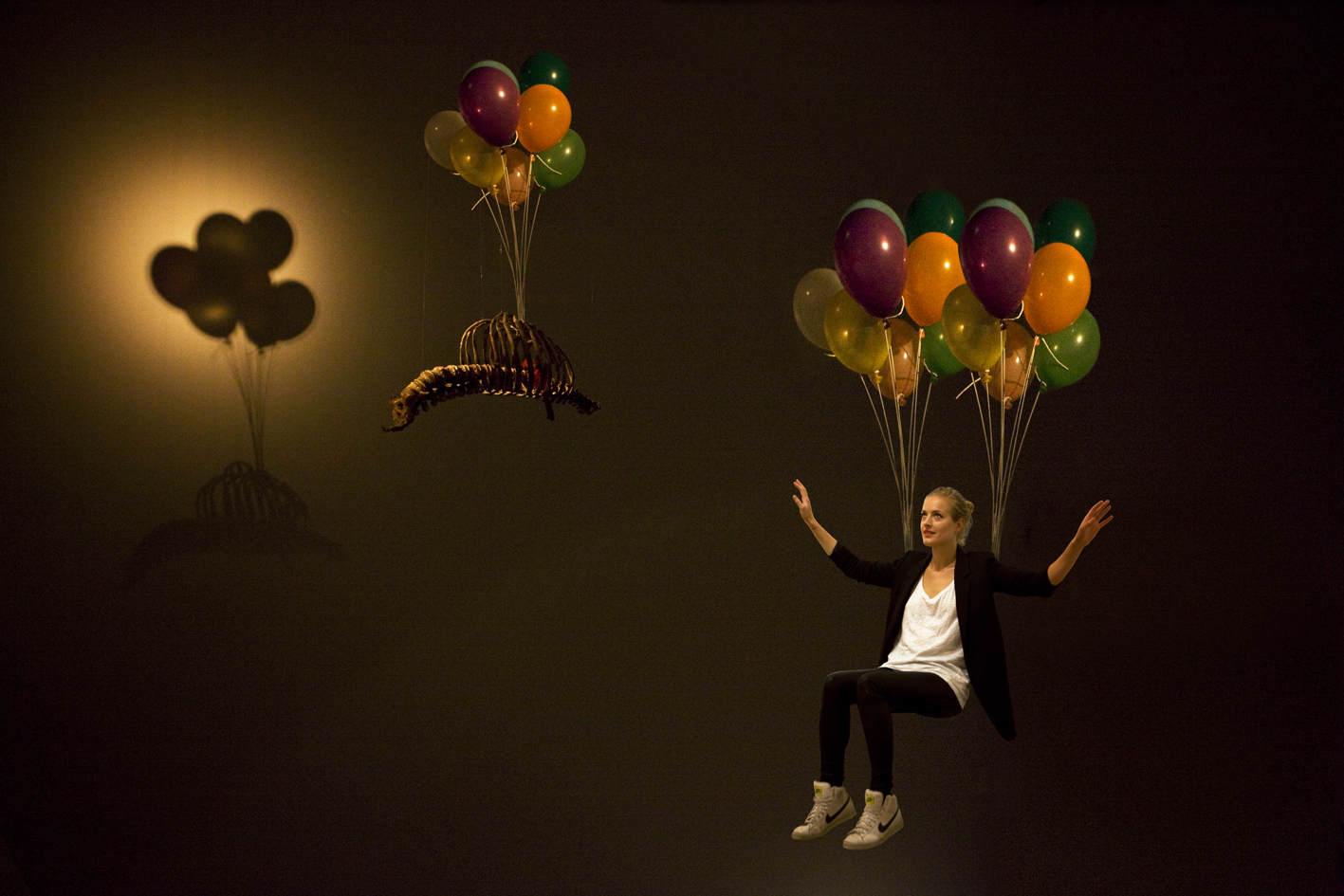 I walked into Polly Morgan's studio in East London with the wild hope that it might be a dungeon of dripping carcasses or a Madame Tussaud's of stuffed cadavers. That turned out to be fanciful thinking as instead I found myself in a warm and cheerful place with assistants hard at work and a kettle on the boil, and if there was a funny smell it was, Polly assured me, just her lamb stew at lunch, not the waft of an odorous beast she'd flayed.

There was a fox in the fridge snuggled in its bushy tail, looking more cozy than dead: It was a good place to guard against moths in the afterlife. I sat near an old ruptured coffin with a plague of quail chicks oozing from its cracks while an assistant picked over a bird skinned, drawn and quartered on an old newspaper, but nothing out of the ordinary. Morgan's dogs, Trotsky and Tony sniffed and scratched around as we chatted, too civilized to snack on anything other than tinned food. 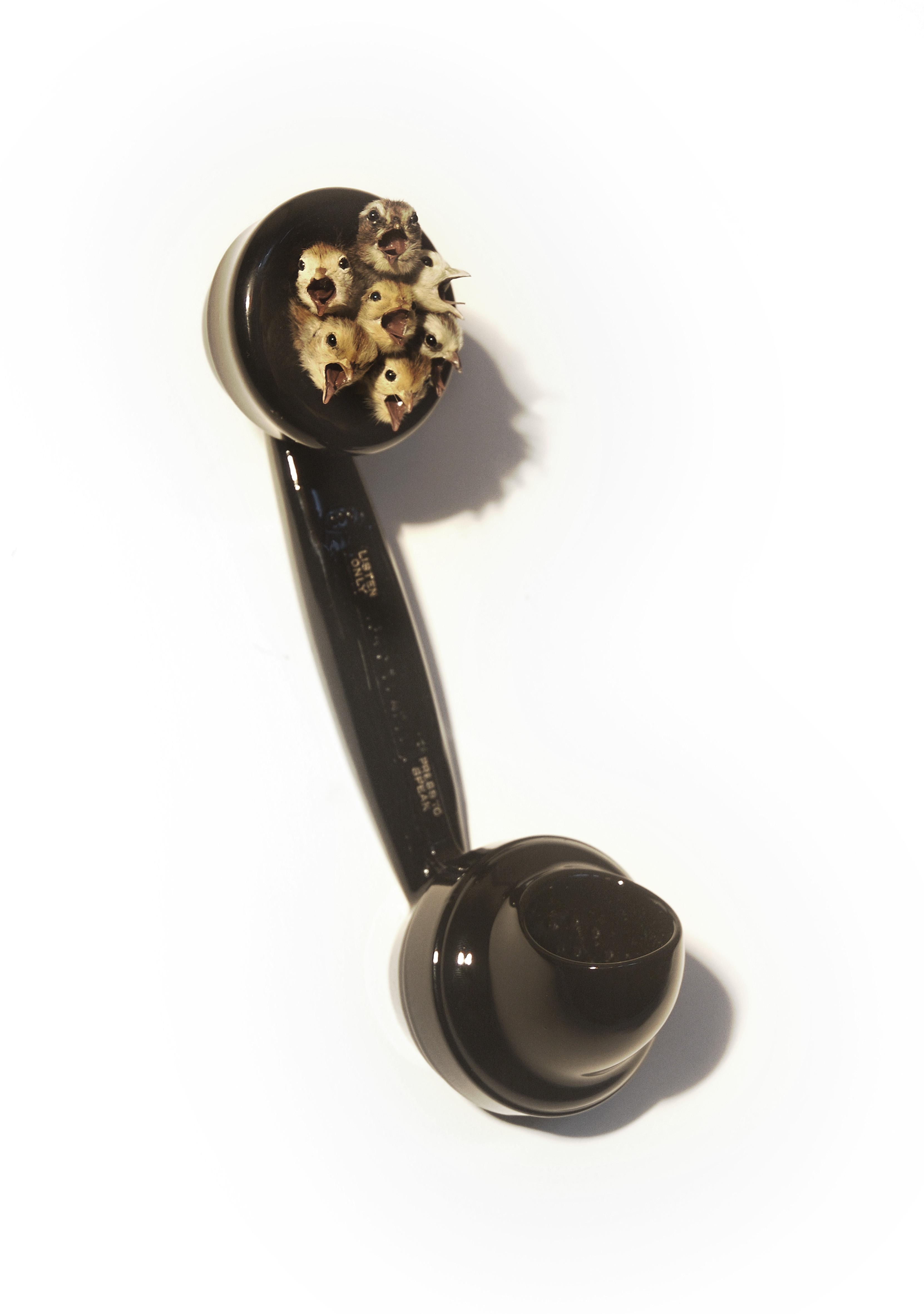 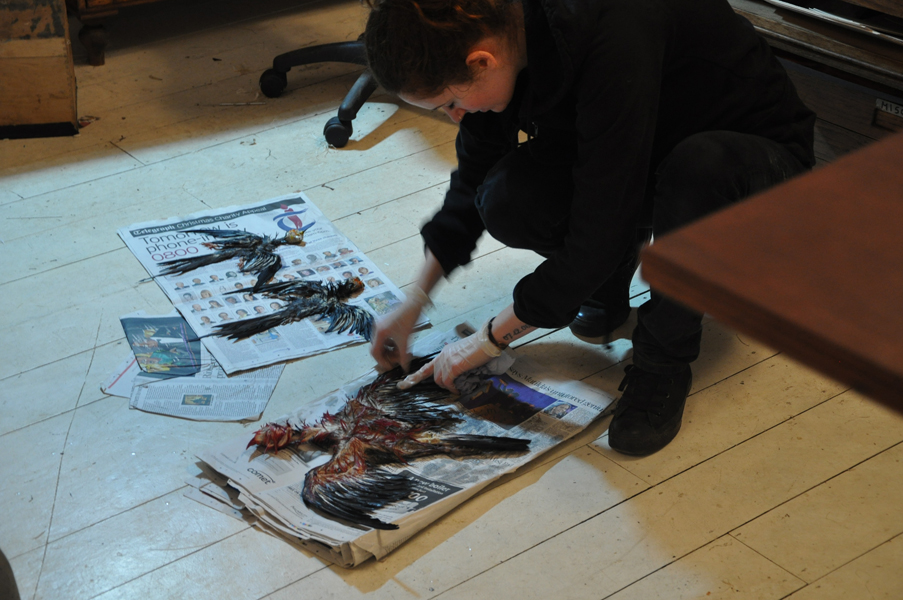 Morgan is attractive, lively and charming which might seem socially at odds with her morbid fascination for dead things. But Morgans' art is interesting all the more because we obsess over the body while it lives, but care little after it stops being host. Our lack of interest in the life of things obsolete was the topic of my conversation with Edward Burtynsky. One might assume that anything now non-living, could once have stopped living. A corpse is special for being the shed husk of something that had recently lived. By preserving the moment before the onset of decay, Morgan makes corpses eloquent. She is not sentimental about the creature's life, though she admits she would never stuff a pet. Yet the thread of mortality still exists - her art being more than just stuffed, pretty dead things.

"To start with it was a bit like that - and I was just fascinated about the taxidermy process and hanging onto dead animals." But knowing a creature intimately was a learning process - she could study the shape of their skulls, varieties of beaks and eyes, and they couldn't run away or rot. 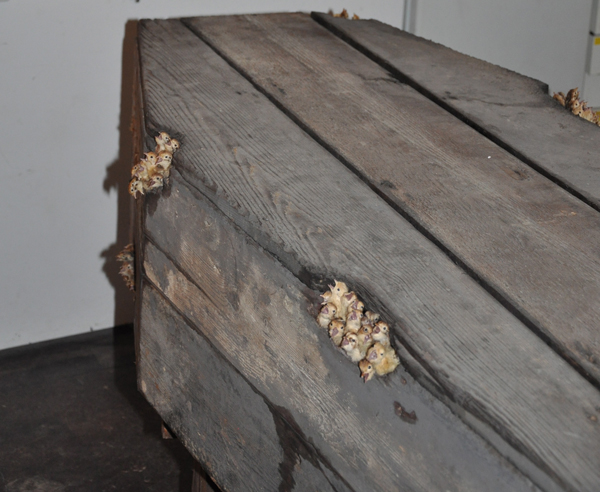 "You are making them look alive, or making them look dead." Pointing to the coffin near me, (Carrion Call) that she had built out of old floorboards, she says, "The idea behind it is inspired by a picture I took of a dead blackbird used as a nesting site for flies; it was riddled with maggots. I intentionally put the blackbird out to get infested with maggots because I was working on an exhibition loosely themed 'Tomorrow' for the ICA's 60th anniversary. I was disgusted as we are prone to be, but something dead becomes a nest for new life. Coffins are fairly egg-shaped. It's a symbol of life triumphing, emerging from death." 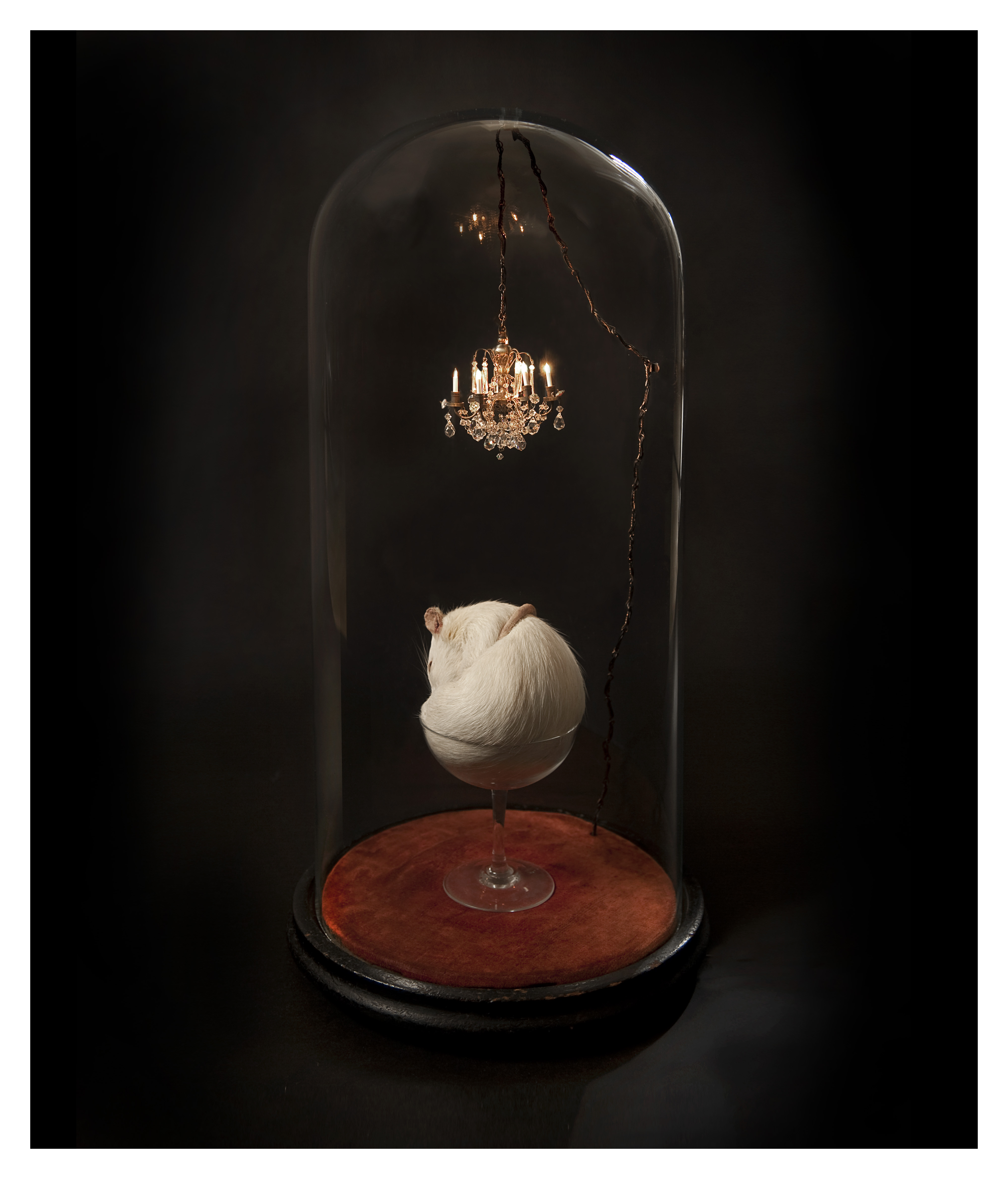 She elicits emotion through contrived death poses using limp bodies, recently vacated. Morgan's taxidermy is nothing like the cute, anthropomorphized dioramas of Walter Potter's stuffed-hamster tea parties, but even though there is that macabre Edgar Allen Poe-Gothic theatricality surrounding some of her work, it has more of a contemporary Pop sensibility. 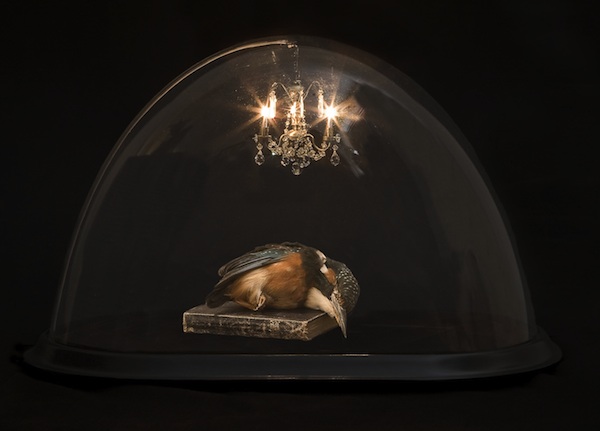 How did you learn to debone flesh? Did you study anatomy?
"It's not that different from butchery really. People assume the taxidermy process is about going inside the body and pulling out entrails etc., but it's really about skinning the body. The first is butchery; the second part is sculpture. You pick up this innate understanding of the structure of a body. It would have helped to study anatomy but I haven't. I'm tactile. Some people can have something pointed out, [and grasp it] I have to physically touch it."

"When carving meat I know what to aim for, I'm not just hacking, I know how to go for the muscle and go through it."

Have you ever had to kill the creatures yourself?
"No, and I haven't had any killed for me either. It's lazy and illegal too in a lot of cases. You can't just go and kill garden birds in Britain. I put the word out amongst family and friends and they put the word out, and slowly over the years I have built up a network of people. I've been proactive to put ads in aviary magazines and fairs where people sell live birds, explaining that I will buy them if and when they die. So they put it in the freezer and send them to me. And taxidermists often swap things too." 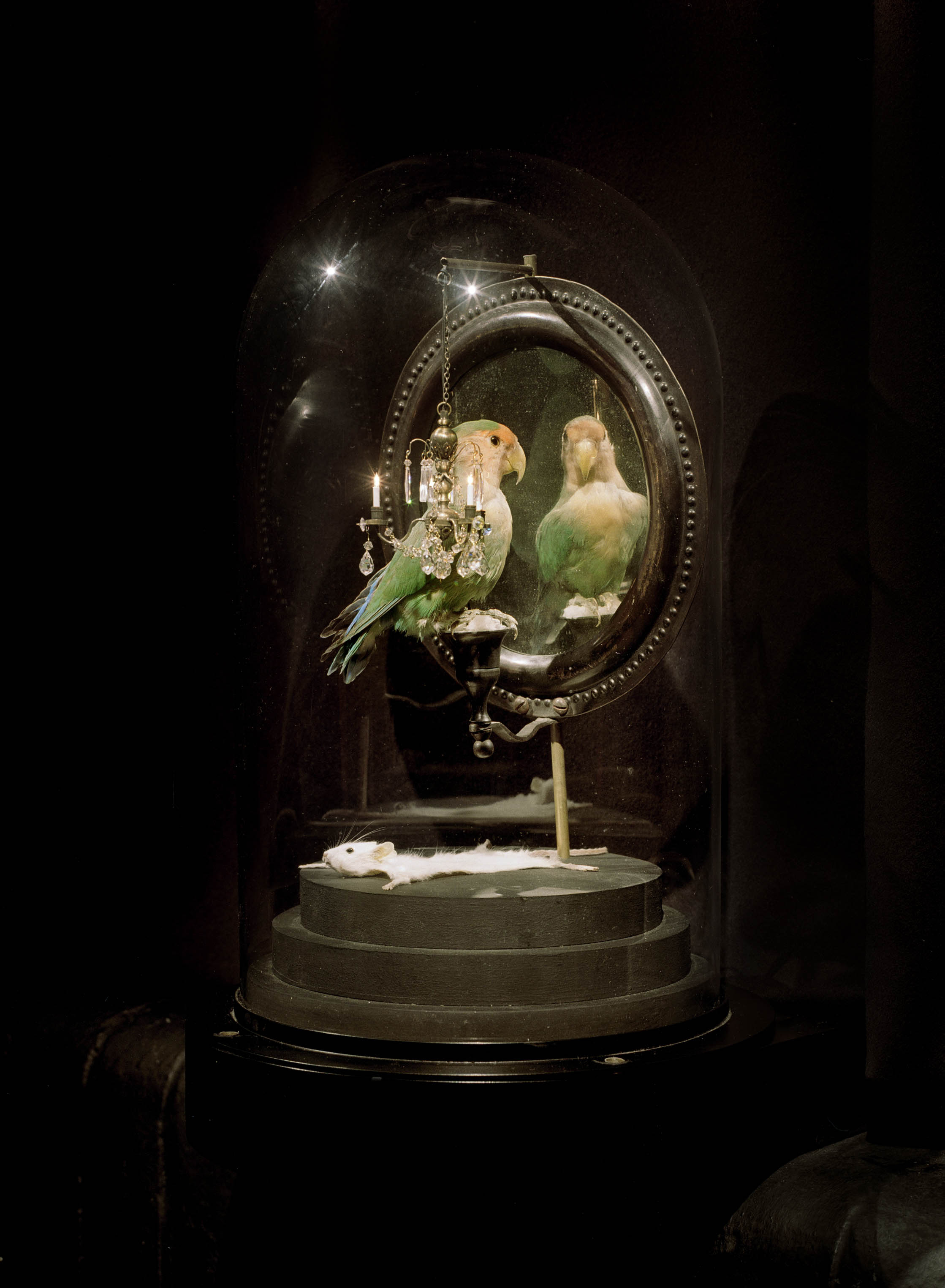 Morgan grew up in the country, "It wasn't a farm. [My dad] was an eccentric character. He used to start businesses up, generally importing and exporting of animals, but then he would get sentimentally attached to them, and never let them go. They were never killed. We had Angora goats, llamas, ostriches, chickens for a while."

Still, Morgan prefers small creatures than large mammals for her art. The largest has been the white-back vultures, which took a good year from concept to finish. She works with a 3D computer modeler to visualize relative sizes. "I try not to be set on the birds...because I could go for years without finding enough...so the flying machine was a variety of birds... I made a smaller one with bright orange finches and canaries to look like flames but it's impossible to find enough, so I had to experiment in dying feathers with hair dye."

When she finally visited Deyrolle in Paris, she was, "Underwhelmed really - so many people mentioned it, I had built it up to be an incredible mecca I had to go to. I spent hours looking for it, so I was knackered when I got there, and half their stock was gone - since the fire. The taxidermy was very badly done - and I'm not just being a taxidermy snob!" she laughs. 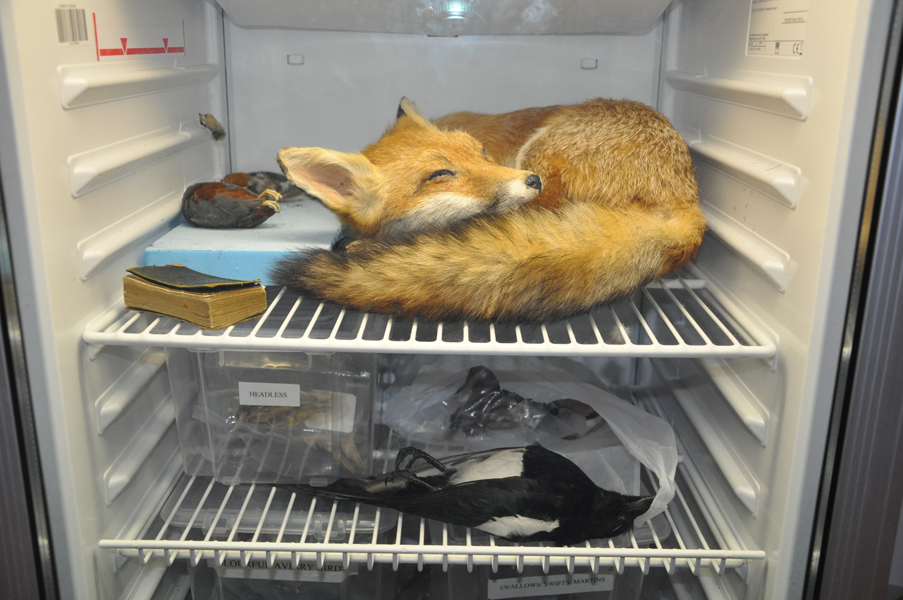 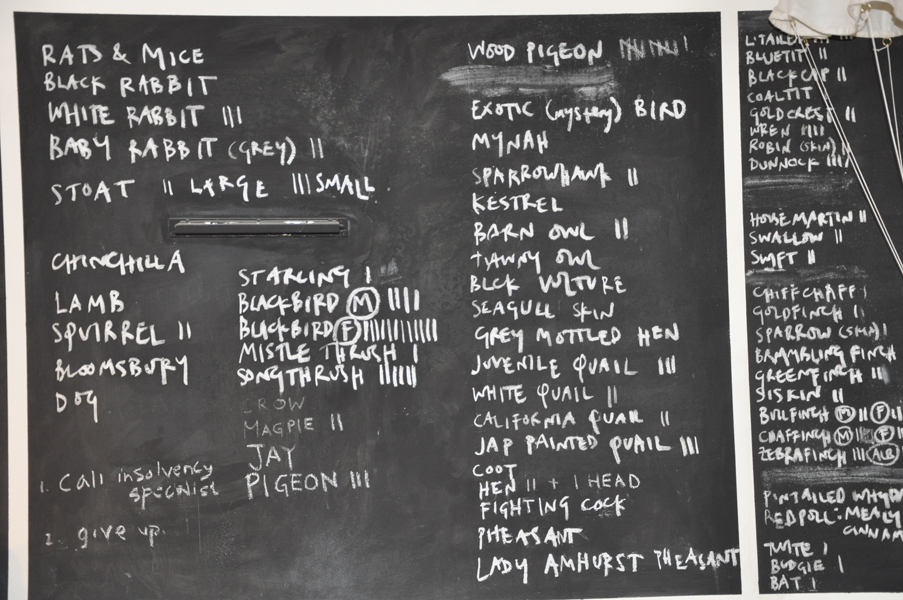 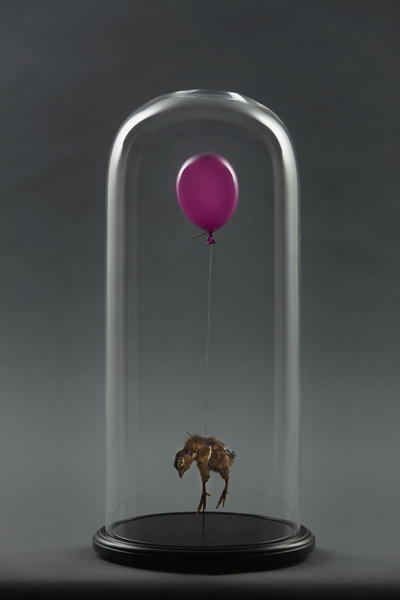 "Systemic Inflammation" references concepts for imaginary flying machines. Morgan was interested in the way animals had been historically harnessed: Carrier-pigeons, monkeys in space. Air balloons. In Still Birth, a chick is tethered as though through an umbilical cord to a balloon cast in resin that won't deflate. She's fascinated with birds and flying and used Muybridge as a reference in Black Fever. In fact, Morgan says it ruined her holiday in Jamaica when she forgot her bird book. 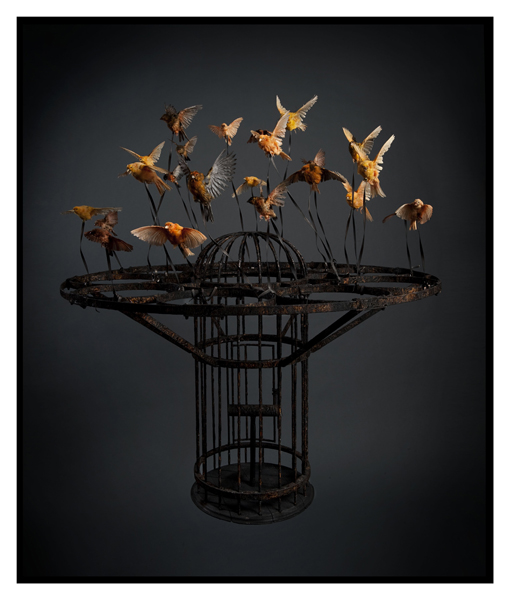 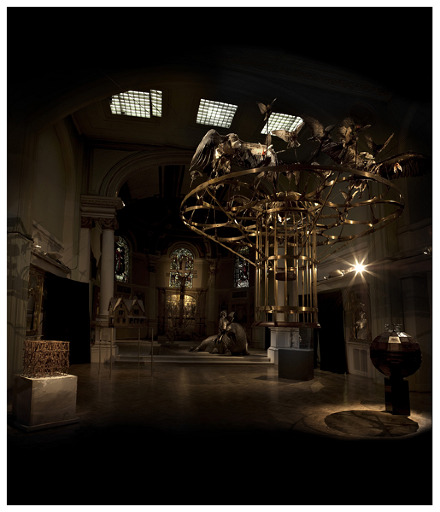 No, because in mummification you're preserving what's already there, whereas in taxidermy you are taking out a vast majority of the animal. It's like peeling a latex suit off a human. You are keeping the skin, feathers or fur, and a few bones. Bones don't decay. With birds, I keep the skull and strip them of flesh. When you're bending the wires in place it helps as guide. I use woodwool, used to pack crockery, bind it with string and penetrate it with wires then stick it into the body's central core. That anchors them there. Then you stitch up the skin in the front. You fill up all the cavities and skull with clay. You take out the brain and eyeballs. Often you remove the skull in mammals because after you take off the gristle and flesh around the skull - it will disconnect off the jaw and the padding is gone, so it's best to sculpt the shape."

The skin is still organic - can it decay?

Not once you've tanned it. It's preserved like leather. With birds, sometimes you put chemicals on the skin but often when you take the flesh off, it's just brittle, like parchment and dries. Then you position it and don't touch it for a few weeks until it dries out. If you try to move the head after it dries it will just tear like paper.

Could you do that to a human being? Has it ever been done?

It has - not sure what methods were used. The former incarnation of Haunch of Venison (at Burlington Gardens, London), used to be the Museum of Mankind. They had a taxidermied black woman that an explorer had brought back. They used to do that - preserve people and bring them back; they couldn't take photos, but they could go, 'look what I found back there.' I would have liked to have had seen it because I could have worked out how they'd done it. Must be pretty ghastly...

Mummification preserves the facial expressions - it's much more real in that sense, right?

Exactly, if you'd taxidermied a human being - all you'd have was skin and it would be up to you to model, the face. You could end up with anything! Taxidermists are reluctant to do people's pets because they'll make it look like a dog, but the person will come back and go, 'that's not my dog' - something different about the expression. They have a rule: put the animal in the freezer for 3 months, and if you still want to have it done after that, then they'll do it...it's because owners often don't come and collect once it's done because they can't bare seeing it again... 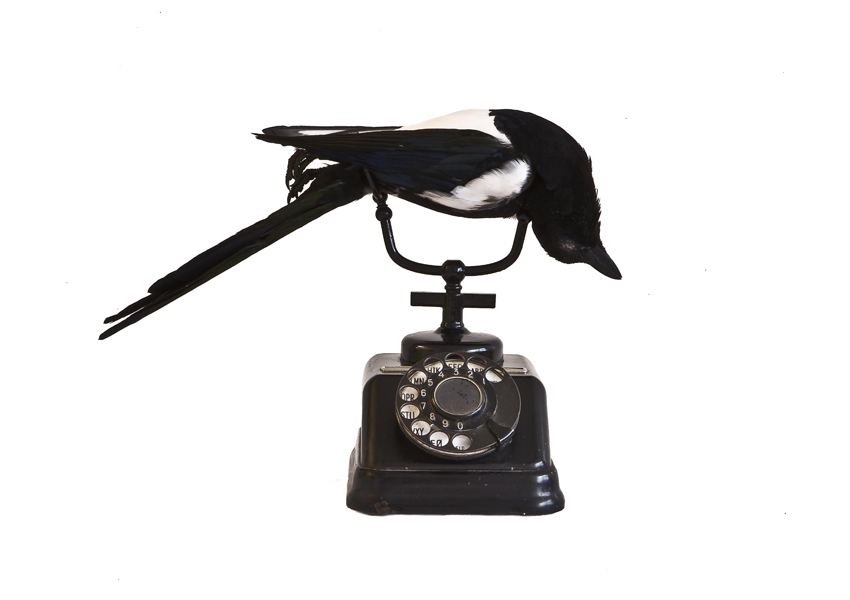 Polly Morgan's work can be seen at following shows: