If you're not thinking of your customers as gamers yet, then you're missing out on all the fun.

Whether you know it or not, customers are playing a number of games when they enter your business. They may or may not be playing overt games -- groaning over another Angry Birds failure, scratching away at a crossword puzzle -- but they're certainly at work in other less obvious game ecosystems. Are they earning AMEX rewards today? How about collecting OpenTable points?

But game mechanics are more than just a way to have fun with your customers -- they can also solve real problems.

Customer loyalty is a crucial goal for most small businesses, it's also one of the most elusive. The more regular customers your business has, the better you'll do. You don't need to hear that from an expert. But what you might not know is that with game mechanics, you can create a strong community of regulars fast. There are obviously lots of solutions out there to create loyalty, but when you're a hammer, all the world's a nail.

Let's get to it. Here are three powerful mechanics that you can easily implement in your own business in order to create loyalty: "Status," the "Level-up" and the "Appointment Dynamic."

Status is the most ubiquitous mechanic in all of game design, but it can have extremely powerful results when used correctly. Status refers to a special distinction that players earn which entitles them to something new and exciting. Status engenders a persistent feeling of ownership, as the player has invested valuable time (and often money) to achieve their newfound standing.

The most common real-world application of status is the idea of becoming a "regular" at a place. We'll call it the "Norm" Effect. When implemented properly, the status mechanic allows you to reward your regular customers, which in turn encourages repeat visitation and turns your customer base into vocal advocates. Players are often proud about their status and highly likely to share.

Let's look at one example of a small business that uses "status" particularly well.

The Parish Cafe, an institution here in Boston that churns out amazing sandwiches, allows regular customers to join a special "Mug Club" that invites them to sample all 100 of their beers over the course of 6 months. If members complete this Herculean feat of drinking, they're rewarded with a personalized mug that entitles them to a 25 oz. pour for the price of a regular 16 oz. draft beer. 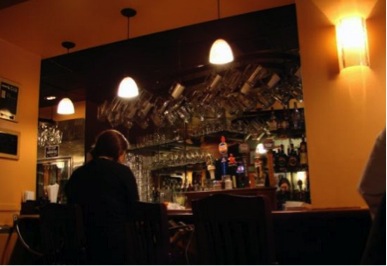 While the promise of unlimited extra beer is obviously a strong selling point, customers who have successfully earned their mug also receive a constant visual affirmation of their status -- a custom engraved mug hanging over the bar for all to see. When a Mug Club member who has finished the challenge orders a beer, their special mug is removed in an elaborate ceremony that's sure to draw envious looks from the other patrons consuming their paltry pints.

Wherever you can help regular customers feel proud about their status -- do it. They'll reward you with vocal advocacy for your brand, an invaluable source of new customers.

When a gamer excitedly refers to the process of "leveling-up," he or she is talking about being rewarded for effort by moving up a progressive scale. The level-up dynamic is a powerful motivator in games as it allows players to measure their success against other players and keep track of their own performance over time.

At SCVNGR, we're all about building loyalty -- to places, brands, communities and small businesses -- so we recently launched a pilot (only live in 2 cities, Boston and Philadelphia) called LevelUp that aims to employ this powerful mechanic in the local deal space to create more loyalty between local businesses and new customers.

A LevelUp is a modified type of local deal infused with the "leveling-up" game mechanic. Each "LevelUp," as we call them, has 3 levels: Good, better and best. Essentially, it's a series of three experiences at a business that get progressively better, rewarding customers for coming back again and again. 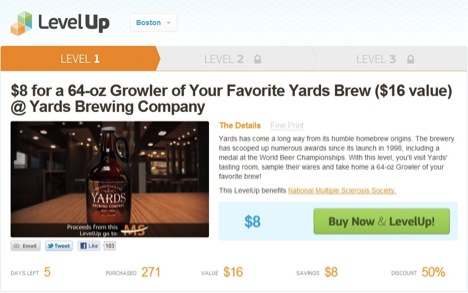 In the first month of this pilot, we've seen up to 40 percent of consumers complete the leveling-up process and become extremely active customers, amongst the top 10 percent of regulars in many cases.

The pilot is still young, but the goal is to prove that game mechanics, even when implemented quite literally, can solve tough problems like loyalty in the real world.

The Appointment Dynamic is everywhere. You're likely dealing with a number of appointments today, for example, whether it's picking up your kids at school or remembering to remove your bedazzled Justin Bieber tee from the dryer before the sequins are ruined. (Just us? Ok... moving on!)

This dynamic specifies that players must return at a set time in order to take a specific action. Appointment dynamics are often tied to reward schedules that motivate frequent action. Games like Cafe World and Farmville make use of this dynamic to reward players who return and punish those who fail to re-engage on time.

To put this in perspective, Farmville recently reported over 70 million active monthly players. Imagine if you're products could sell half as well as their virtual tomatoes.

If you're looking to get customers in the door at a set time, the appointment dynamic is an excellent tool. Happy hour is one extremely popular implementation of this dynamic, as customers are invited to congregate at the bar after work in order to fill tables and chairs during an otherwise slow period. These customers are rewarded for their visit with discounted drinks and food.

Now, the important part of this dynamic for local businesses is not so much the reward at that time, but rather creating a community, a local graph around engaging with your business at a set time on a regular schedule. These "micro-communities" are powerful hubs for both engagement with, and vocality about, your business.

Finally, the Conclusion Dynamic. Since your customers are already gaming, why not have them play your game as well? This article has three good game mechanics to start you off, but if you're looking for more, be sure to check out SCVNGR's full game mechanics deck here.