A dashing-red sea slug that seems to be hamming it up for the camera in the U.S. Virgin Islands has come into focus in this year's winning underwater photograph in an annual contest put on by the University of Miami Rosenstiel School of Marine & Atmospheric Science.

More than 700 images were submitted for this year's underwater photography contest, Ximena Olds' photo of the headshield sea slug against a brilliant background of green seagrass taking home the "best overall" award. Olds is a local Key Biscayne, Fla., resident.

(Scroll down for more) 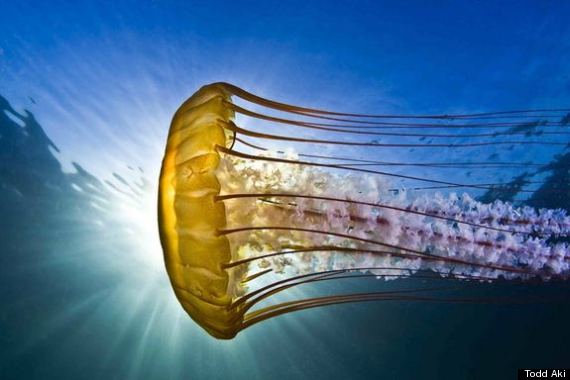 This amazing jellyfish photograph received nearly half of the 1,221 online votes in the underwater photography contest. The photo was taken by Todd Aki from Florida.

The photos were judged by a panel of experts that included: photographer and UM lecturer Myron Wang; underwater photographer Nicole Wang; and Michael Schmale, a professor at Rosenstiel School Marine Biology & Fisheries. They awarded prizes in three categories, macro, fish or marine animal portrait, and wide angle. Best overall photo was the equivalent of first place. [See Photos of the Contest Winners]

A swirl of lionfish, Pterois species, in the Red Sea snapped by Mark Fuller of Israel snagged first place in the wide angle category.

Though not a category, the judges awarded the "Best UM Student Photo," which went to Kyra Hartog's image of a whale shark. The whale shark is one of the most mysterious creatures and the largest fish in the world. They live their lives mostly out of sight; in fact, little is known about where they go and what they do when they aren't in shallow-water feeding groups in Mexican and other waters during springtime. Satellite-tagging studies as well as a genome-sequencing project are underway that could shed light on the beasts.

"The quality of photos keeps getting better each year," Wang, who has been judging the contest since its inception, said in a statement. "Judging becomes more difficult when you have so many wonderful pictures to choose from."

For Wang, "this year’s standout was the great picture of the juvenile sperm whale taken by Douglas Kahle in Dominica – it is spectacular!" (That photo took home first place in the animal portrait category.)

In a new addition to the contest, an online "fan favorite" poll garnered more than 1,200 votes on the school's blog. The winner, Todd Aki's shot of a giant and graceful jellyfish, took nearly half of the votes.

The annual underwater photography contest is open to all amateur photographers who earn no more than 20 percent of their income from their photography. 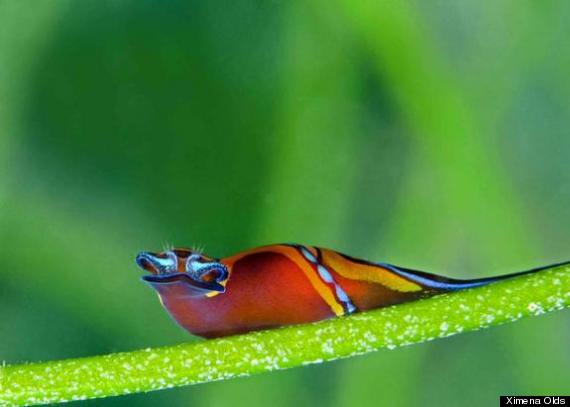