An Oregon port that's being overrun by sea lions has revealed its latest weapon to scare off the invasive animals: giant inflatable tube dancers.

The unusual blow-up dolls -- typically seen promoting used car lots and in this popular episode of "Family Guy" -- are the latest effort to scare away the sea lions from Port of Astoria docks.

The port's previous attempts, which consisted of beach balls, ribbons and stakes and even a fake orca, literally went belly-up -- the whale, at least.

Immediately after the dancers were turned on Thursday, sending their plastic bodies flapping wildly in the air, most of the sea lions desperately dove for cover in the water.

But only time will tell if the effect will last.

"The thing about the sea lions is, they're very intelligent animals," port official Robert Evert told Astoria station KGW TV, "and so if they realize these are not a threat or harm to them, it's possible they'll get back on the docks."

While sea lions do attract tourists and their business, officials say, they also compete with local fishermen by stealing their catch and crowding the docks and water. Area residents also complain of constant barking that goes into the night.

The port's executive director, Jim Knight, told the Daily Astorian that they do have a backup plan underway thanks to a group of local high school students.

Students at Knappa High School are busy creating steel railings to line the docks and hopefully prevent the sea lions from hopping on. 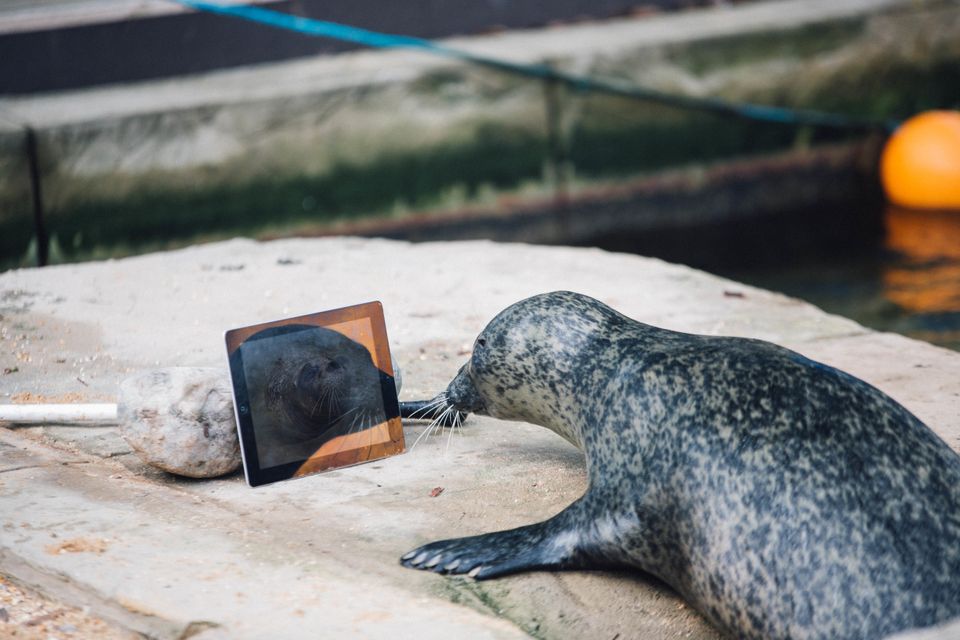