Sea turtles around the world are eating plastic at an unprecedented pace, a new study reveals, with some species downing twice as much as they did 25 years ago. This indigestible, potentially fatal diet is especially popular among young turtles in the open ocean, deepening concerns about the ancient animals' long-term outlook.

Plastic bags can bear a striking resemblance to jellyfish underwater, and scientists have long known they have a tendency to confuse hungry sea turtles. But the problem has exploded lately amid a historic surge in plastic pollution, which is forming giant oceanic "garbage patches" that are expected to continue growing for centuries. The new study is the first global analysis of the issue since 1985, covering more than a quarter century of research on green and leatherback sea turtles, both of which are endangered.

While younger turtles eat more gut-clogging plastic than their elders — a troubling trend for animals with such slow reproduction rates — the researchers say the phenomenon is more complex than it appears. Turtles stranded in cluttered coastal areas, for example, don't seem to eat as much plastic as turtles living farther away from people.

"Our research revealed that young, ocean-going turtles were more likely to eat plastic than their older, coastal-dwelling relatives," lead author Qamar Schuyler says in a press release about the research, which was published this month in the journal Conservation Biology. "Amazingly, turtles found adjacent to the heavily populated New York City area showed little or no evidence of debris ingestion, while all of the turtles found near an undeveloped area of southern Brazil had eaten debris."

That shouldn't be taken as carte blanche to litter coastlines, though. About 80 percent of all marine debris comes from land, so cleaning up Coney Island or Copacabana Beach could benefit sea turtles near and far. Instead, Schuyler says, the findings point to the need for a more holistic approach to protecting turtles and other sea life from plastic.

"This means conducting coastal cleanups is not the single answer to the problem of debris ingestion for local sea turtle populations, although it is an important step in preventing marine debris input," Schuyler says. "[The data] indicate oceanic leatherback turtles and green turtles are at the greatest risk of being killed or harmed from ingested marine debris. To reduce this risk, manmade debris must be managed at a global level, from the manufacturers through to the consumers — before debris reaches the ocean."

Managing the planet's flood of plastic is a tall order, though. Some 240,000 plastic bags are used globally every 10 seconds, according to the Sierra Club, and fewer than 5 percent are recycled. U.S. municipal waste is now 13 percent plastic, up from 1 percent 50 years ago, and the average American now uses 300 to 700 plastic bags per year. Broad statistics are scarce, but plastic bags make up roughly 14 percent of all shoreline litter in California, according to an EPA report, and about a quarter of trash in Los Angeles storm drains.

Still, efforts to rein in plastic pollution have gained momentum in recent years. Biodegradable and reusable alternatives are increasingly popular, as are many other strategies to limit plastic consumption. Several U.S. cities and counties have banned plastic bags, including Los Angeles, and Hawaii is planning a statewide ban in 2015. (See this interactive map for a look at bans around the world.) And since a recent study showed sea turtles actually use sanctuaries created for them, protecting more habitat might help offset pressure from other manmade dangers like egg poaching and light pollution. 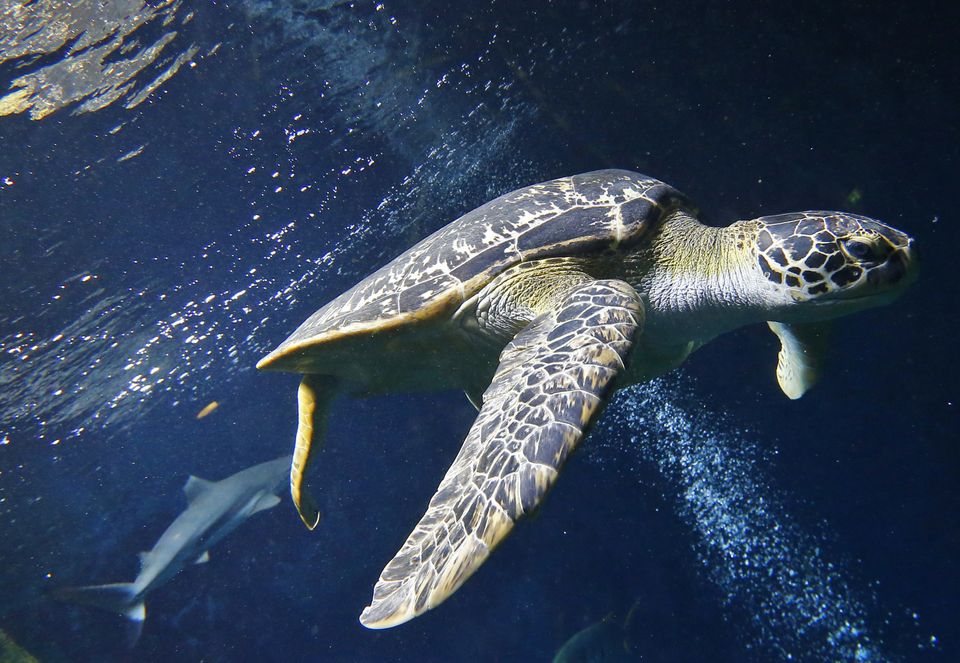