Americans now eat 50 percent more seafood than they did 50 years ago, according to a new report by Oceana [pdf] that details the cost of seafood fraud on consumers' wallets. But although people are eating more seafood, one-third of it may not be what it seems, based on a different Oceana report from earlier this year.

“Swapping a lower cost fish for a higher value one is like ordering a filet mignon and getting a hamburger instead,” said report author and Oceana senior scientist Margot Stiles in a press release. “If a consumer eats mislabeled fish even just once a week, they could be losing up to hundreds of dollars each year due to seafood fraud.”

Here's how your wallet may be affected (though you might not know the difference!). 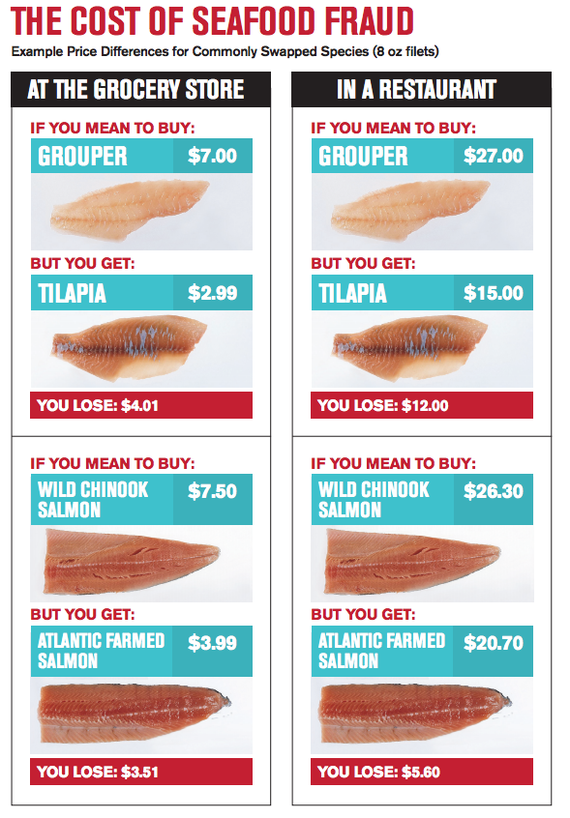 The report argues that seafood traceability is key in stopping fraud. And while that seems like an easy enough thing to support -- who wouldn't want to know where their food comes from? -- it hasn't happened yet.

In fact, seafood fraud is actually fairly controversial as a subject. Oceana's February report has been criticized for being unfair in its characterization of mislabeling and exaggerating health risks.

So are you paying too much for your fish? Read the full report here to learn more.