Eight days after returning home from his Gulf oil-spill response job, Jason Brashears has flashbacks of a scene that he witnessed one day in Lake Ponchartrain, Louisiana: Thousands of fish gasping at the surface in a sea of foamy oil and dispersant.

Brashears spent 65 days spotting oil in Lake Ponchartrain; Mobile Bay; and along the coast off Destin, Florida; Ocean Springs, Alabama; and Cat Island, Mississippi. His team reported oil sightings during the day. At night, planes sprayed dispersant to break up the oil.

The fish are not the only thing that haunts him from his Gulf work. His lungs feel "leaden," he has trouble concentrating on his graphic designs that used to give him so much pleasure, his moods swing unpredictably, he is dizzy, and the fragrance in ordinary household products makes his eyes water and sinuses stuffy.

"You would think," Brashears said over the phone, "that they [his subcontractor] would not send us out the next day if they knew the dispersants would make us sick. You would think they would warn us or give us a day off."

But Brashears received no such warning. Nor did other people across the Gulf as BP applied at least 1.8 million gallons of dispersants to the oil it spilled there. Even though the number of gallons reported by BP is widely questioned as conservative, this is still by far the longest and heaviest application of dispersant in world history. Yet neither workers nor the public were, or are, being adequately informed of the risk of exposure to oil and dispersants.

I have been in the Gulf since May 3 and have witnessed the outbreak of a public-health epidemic as the oil and dispersant came ashore. Every day now, former workers, Gulf coast residents, and visitors share similar stories with me of respiratory problems, central nervous system problems, chemical sensitivities, or bad skin rashes after exposure to air or water in the Gulf -- predictable illnesses from chemical exposure, all of which were avoidable given adequate warning and protection.

But government officials have no credibility in communities across the Gulf because the official story does not match the reality of what people are seeing and smelling. The community stories that string together across the Gulf coast paint a picture quite different from what BP, its contractors, and our government report.

A week ago, a team dispatched by local officials with Plaquemines Parish, Louisiana, discovered a beach on a barrier island oozed oil from tiny holes drilled by Hermit crabs. Oil trapped in fragile marshes degrades slowly. It's been more than 40 years since the Florida barge ran aground in Buzzards Bay, Massachusetts, and spilled 200,000 gallons of fuel oil. Yet the oil is still there -- and still has measurable effects on marsh life.

Off Long Beach, Mississippi, on August 8, fisherman James "Catfish" Miller tied an oil absorbent pad onto a pole and lowered it 8-12 feet down into deceptively clear ocean water. When he pulled it up, the pad was soaked in oil, much to the startled amazement of his guests, including Dr. Timothy Davis with the Department of Health and Human Services National Disaster Medical System. Repeated samples produced the same result. Three weeks earlier, there had been a massive fish kill along the same shoreline from Gulfport to Pass Christian.

Also this past weekend on a beach near Dauphin Island, Alabama, a family was alarmed to find themselves covered in thick gooey oil after swimming in what looked to be clear water. 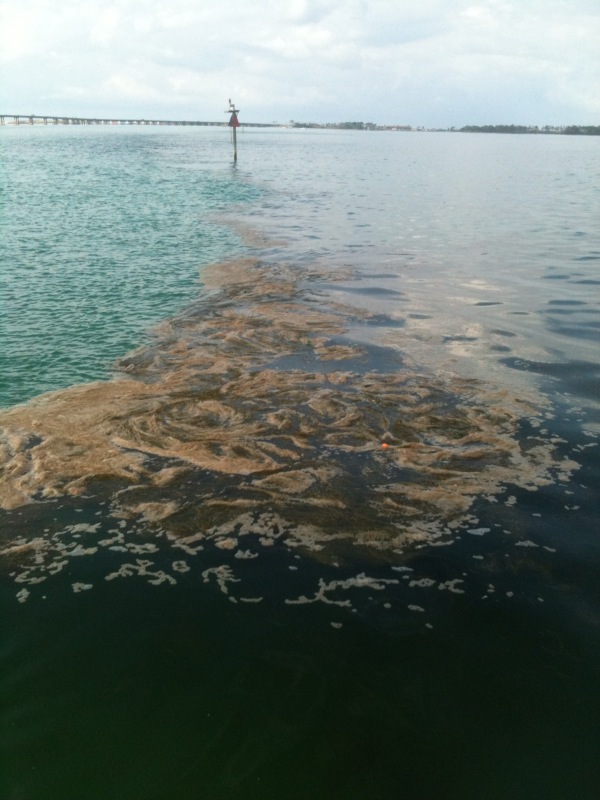 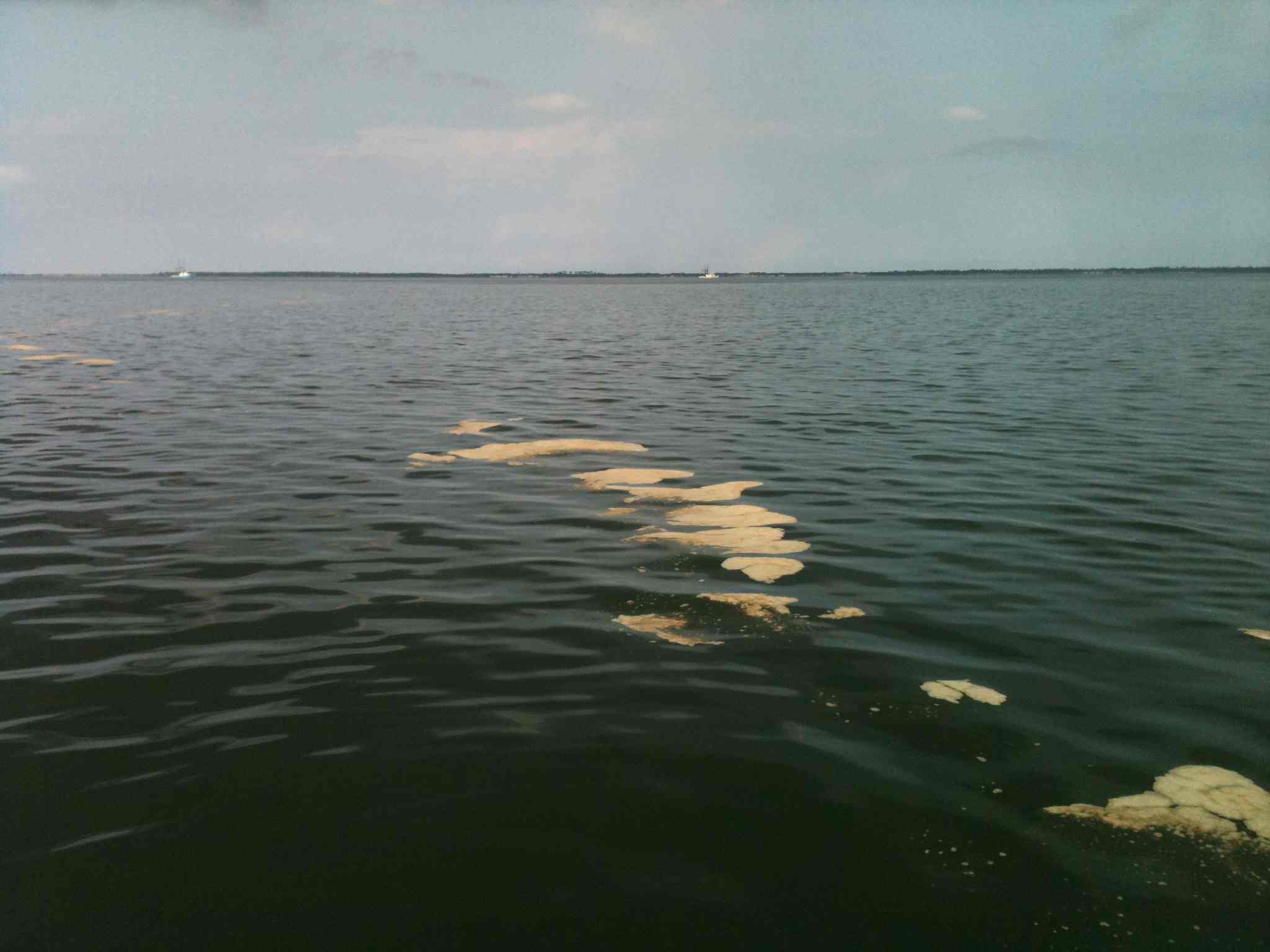 Let's think about this. There's been an unprecedented release of oil and dispersants -- industrial grade solvents -- into the Gulf. Unprecedented means we have no past history to fall back on and really no science to guide us because it's an ongoing experiment, right now.

The old science, the old standards, and the old protocols may be dangerously unreliable -- as was the case in the Exxon Valdez oil spill. Scientists relied on old science in 1989 and predicted that spill impacts would be short-term and the ecosystem would recover rapidly. Ten years later, the new science proved there were long-term impacts; 21 years later, the oiled ecosystem still has not fully recovered.

To borrow Brashears' phrase, you would think the federal government would warn us if it thought there was -- or even might be -- a problem. But the framework of risk management is very narrow and limits itself to educated best guesses among the experts -- until proven otherwise.

And therein lies the current danger of this evolving Gulf experiment. The federal government is re-opening vast areas of the Gulf that were closed to fishing because it has "not observed any oil" in these areas and because the "rigorous safety standards" will supposedly "ensure the seafood is safe."

The problem is the 'rigorous safety standards' are outdated. The protocol relies on visual oil. What of the underwater plumes? The chart produced by NOAA last week shows, in effect, that over 50 percent of the oil (not to mention dispersant) is still in the water column as dispersed or dissolved oil. Scientists have found that the oil-dispersant mixture is getting into the foodweb.

The Food and Drug Administration only tests for oil in "edible" tissue of seafood. So if oil has contaminated a fish's organs or other body parts, it would still be deemed safe for consumption if the flesh tested fine. If a steer had cancer in its kidney and blood, would you eat its "edible" tissue? To make matters worse, though, there is no test for dispersants -- yet.

The new Coalition of Commercial Fishing Families across the Gulf is urging the federal government to use precaution rather than 30-year old standards. The coalition has asked NOAA to close all Gulf fisheries until updated protocol and standards are available to test seafood product. Fishermen are also concerned about losing consumer confidence. Kathy Birren, a commercial fisherman from Hernando Beach, Florida, stated at a Gulf of Mexico Alliance conference last week in Gulfport, "We believe that Gulf and Inland waters have been prematurely re-opened to fishing. Fishermen do not want to lose our credibility or deliver contaminated seafood to market. We have lost enough already."

BP has already stated that it is "not responsible" for any long-term effects from its dispersant experiment. Unless American seafood consumers want to be part of the Gulf experiment, I suggest we all support our fishermen -- and not trust the federal government to warn us about seafood safety.