*See photos below* A seagull in Brighton, England has photobombed a Google Street View camera.

As a Google Maps street view of Brighton's John Street reveals, the bird's portrait has made it online, and the seagull can be seen permanently suspended mid-air, a piece of bread (perhaps?) stuck in its beak. (See photo below)

While its aims were undoubtedly apolitical, the bird's inadvertent prank seems almost to reflect the current tensions between Google and the European Union.

As Google's Street View becomes ever more encompassing and detailed, anti-Google sentiment has also been on the rise, particularly in Europe, where citizens worry about privacy violations due to Google's detailed image-capturing. Pranksters have been ambushing the Google Street View vehicles used to collect images. In Norway, for instance, a duo wearing drysuits and carrying pitchforks chased after the Google Street View van. EU data regulators have also demanded that Google remove its Street View photos after six months.

The feature provides users 360 degree horizontal and 290 degree vertical panoramic street level views within Google Maps. Google collects these images using special cameras and equipment that capture and match images to a specific location using GPS devices. Once the images are captured, they are "sewn" together to create a 360 degree panorama.

Because of the nature of Google's image collection, Street View sometimes unwittingly captures strange or illegal activities. View our slideshow of some of the craziest Google Street View images 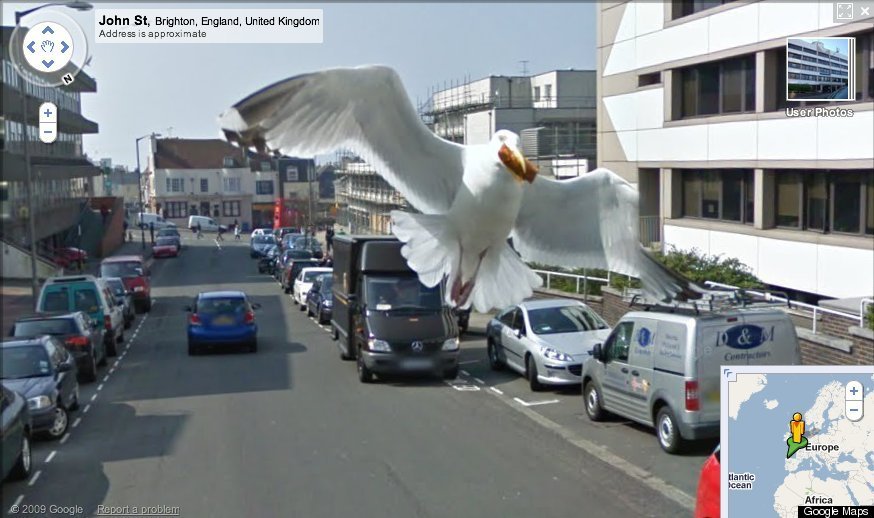 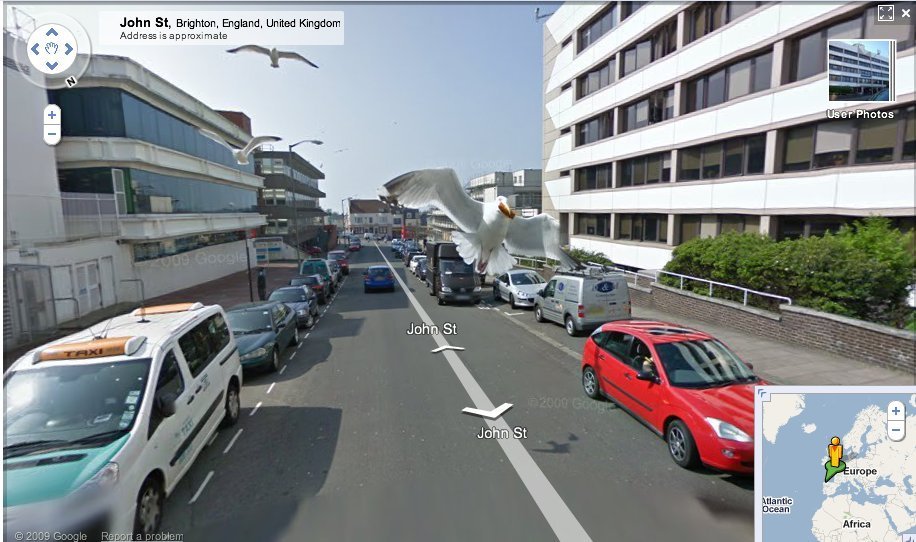