A Norwegian student discovered that seagulls are the overlords of the Oslo skies. And he did it using an iPhone app. 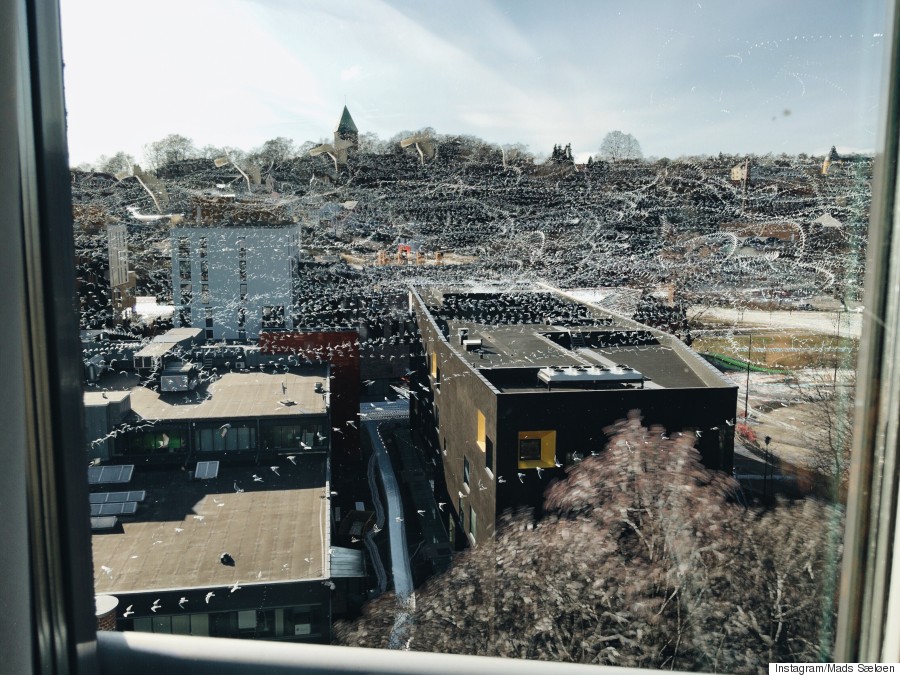 Mads Sæløen, a third-year student graphic design student in Oslo, captured the flight paths of seagulls over the city using the NightCap Pro app on his iPhone 6.

According to the App Store listing, NightCap Pro is made for shooting in low-light conditions and photographing the night sky. It features a "light trail mode" to capture the movement of stars. But Sæløen wondered what else it could do.

"I asked myself 'What happens if you use the app during daytime?'" Sæløen told The Huffington Post. So he set up his phone with a tripod on his windowsill for a 20 minute exposure on the light trail mode.

"I was quite surprised to see the share number of gulls having flown by during that short amount of time," he said of the photo he shared on Instagram April 10. "I really don't think about them or how many there are otherwise."

Neither did we. But we're having a hard time getting this image out of our heads.