Azzariti, a Denver-based Iraq war veteran who suffers from post-traumatic stress disorder and could not -- until now -- get marijuana legally to help alleviate his symptoms, made his purchase at an 8 a.m. press event. 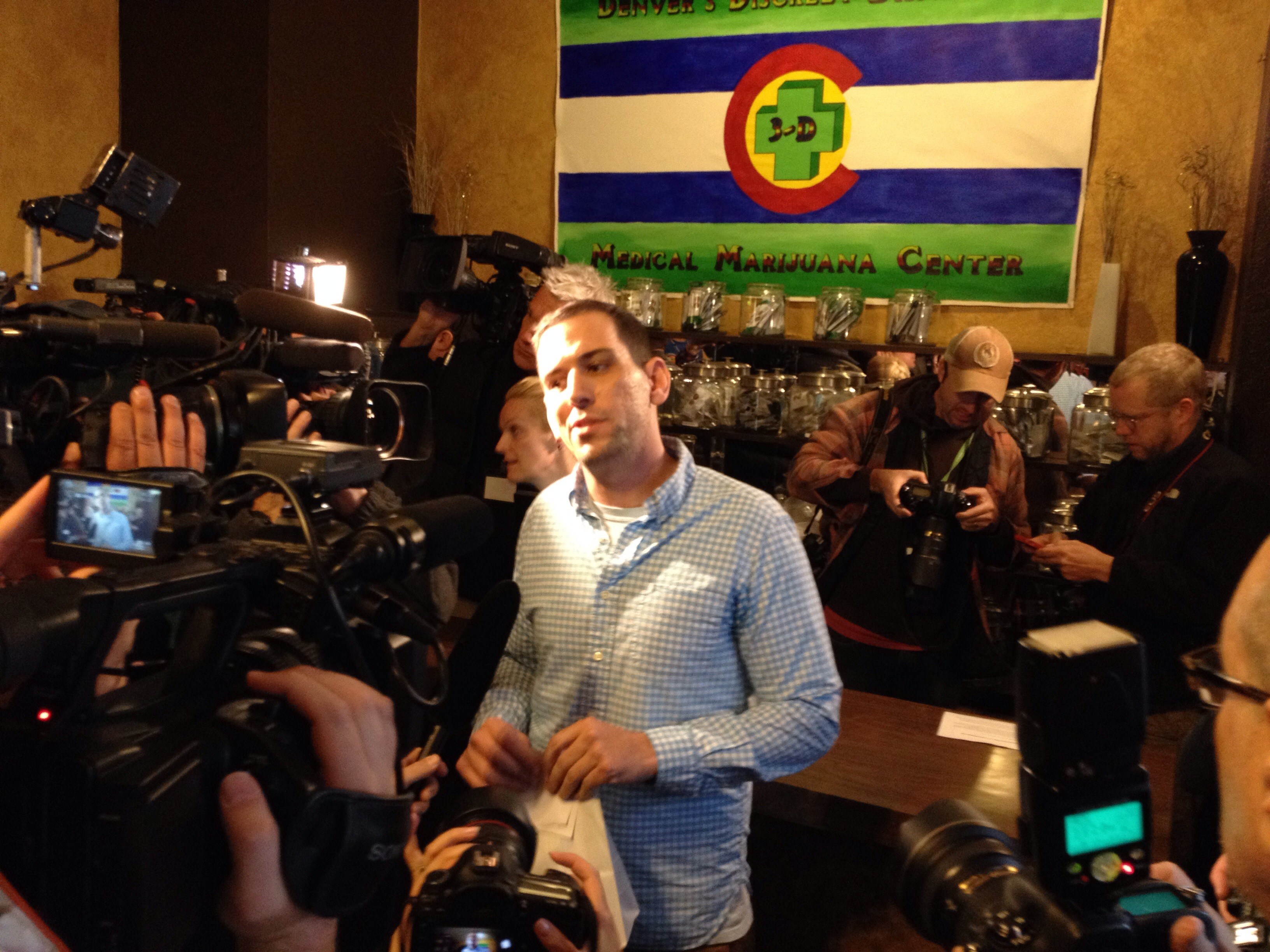 The Denver Post's John Ingold snapped a photo of the official receipt:

Azzariti's purchase at 3D Cannabis Center in Denver was $59.74, with tax, for 3.5 grams of Bubba Kush and a bag of pot-infused truffles.

Although Colorado has had medical marijuana laws on the books for years, PTSD was not covered under state statutes. Now that recreational marijuana can be purchased and consumed by adults 21 and over, Azzariti can buy it legally.

"A lot of folks have been referring to what is happening in Colorado as an experiment with legal marijuana," said Tvert to a packed crowd inside 3D. "But, in fact, the experiment was marijuana prohibition and that experiment dramatically failed, just like the so-called great experiment of alcohol prohibition."

“The era of marijuana prohibition is officially over in Colorado,” said Rob Kampia, executive director of the Marijuana Policy Project, in a press statement after sales began. “The state is demonstrating to the rest of the nation and the entire world that regulating marijuana works.

Colorado voters approved Amendment 64 in 2012. For more than a year, marijuana consumers have been able to legally possess up to an ounce of marijuana and grow up to six plants for their personal use, but Wednesday marked the first day that they can legally purchase marijuana at a dispensary.

CORRECTION: An earlier version of this post understated the amount of pot purchased -- 3.5 grams of Bubba Kush were purchased, not .5 grams.

Iraq War Vet Is The First Person To Buy Pot Legally In Colorado
27 Reasons Why The U.S. Shouldn't Lead The War On Drugs