Leave it to P Diddy to dream up the first-ever Instagram fashion show--and just in the nick of time. New York Fashion Week is in full swing and there's a blizzard in the northeast named Nemo threatening to sideline droves of fashionistas.

However, as we wait out what could be a storm for the record books or throw on our not-so-fashionable snow boots and schlep to the shows, we can delight in the fact that Diddy will be feeding sartorial appetites via our smartphones.

“In honor of New York Fashion Week we wanted to do something that has never been done before”, said Combs in a press release. “With Instagram technology we are bringing Sean John to the social media runway where our consumer lives”

Very clever. On Friday, February 8, Combs (aka @iamdiddy) will be posting new looks from Sean John's the Fall 2013 collection every 30 minutes from 10am to 5pm ET.

Here's a look at a few of the looks that have been uploaded thus far...

Let the show begin...many new @seanjohn styles from our new collection available @Macys!!! RT if you like!! pic.twitter.com/Dmp32cYx

Real kings wear @seanjohn. Available at @macys. RT if you like!! pic.twitter.com/fNP2r8RB

To view the continuous Instagram fashion show following @iamdiddy or check it out HERE. And check out the slideshow below to see how fashion insiders are braving the storm. 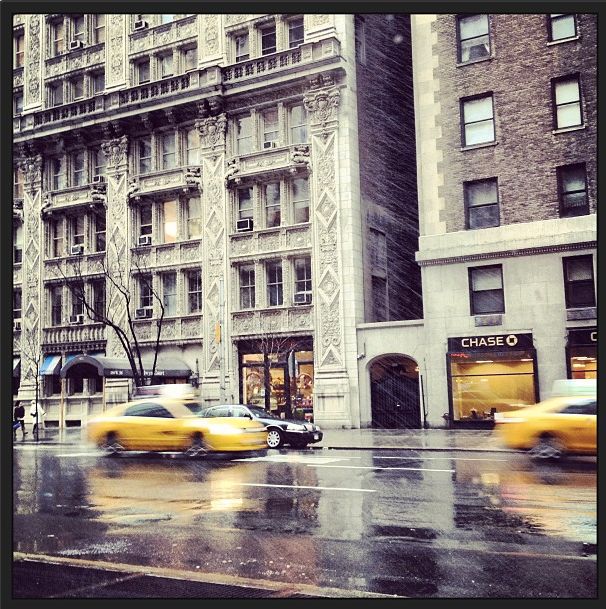