Urban Theatre Movement's latest production, M's Pamphlet, is a dark comedy that confronts difficult questions about humanity, death and family that are too seldom explored. It is one the most daring, innovative and funny 50-seat shows in Los Angeles, and I can't to see the fully realized production on opening night. Until then, enjoy this interview with the young, talented writer and directed, Sean E. Zilke.

Tony Bartolone: How did you become a playwright and filmmaker? Is there any one formative experience you can point to?

Sean E. Zilke: My first play was a one-act produced at a community college. It wasn't really a conscious effort to be a playwright, I just had something to say and I felt like saying it. I was fortunate to get it done. As far as filmmaking goes, I've just kind of been recording things since I was nine or 10. I was always trying to be funny, and I loved to make people laugh and haven't grown up since. I remember in tenth grade after watching Batman Returns, I asked my mom 'Who decides how a movie looks?' She said, 'I think that's a director.' I said, 'Then I think that's what I'll do.' I guess that's when my mind was pretty made up about my career. I couldn't do anything else. I wouldn't be able to stand it. I just couldn't do it. 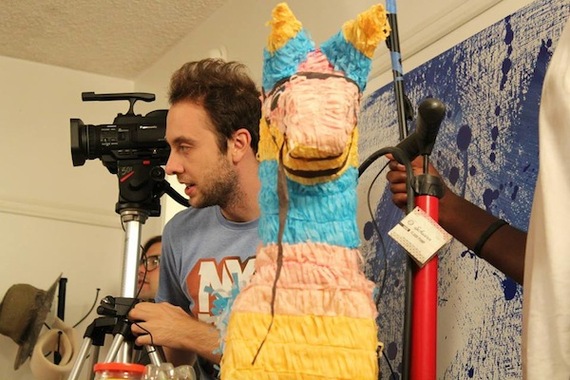 Sean E. Zilke on the set of his first feature film, Pinata. Photo by Charlie Sanchez.

T: What did you want to be as a young child?

S: There's an endless list of heroes and villains.

T: What are your biggest influences?

T: What do you think influenced this particular piece?

S: It was born out of anger for sure. Kids were being killed left and right, and for no good reason. And I had a genuine, momentary wish that someone captured the murderer and, before they went through the justice system, that I would be able to torture him or her a little. It's a dark thought, but that's how I felt. But I had no relation to these kids, so I wanted to give the opportunity to a fictional family who had experienced this more intimately. But of course once you write about something like this, a simplified fantasy becomes more complex.

T. Do you think artists have a moral responsibility to their work and how people react to it?

T: Do you think art should have an inherent social resonance?

S: Good art inherently has social resonance. If it didn't I don't think people would consider it art. 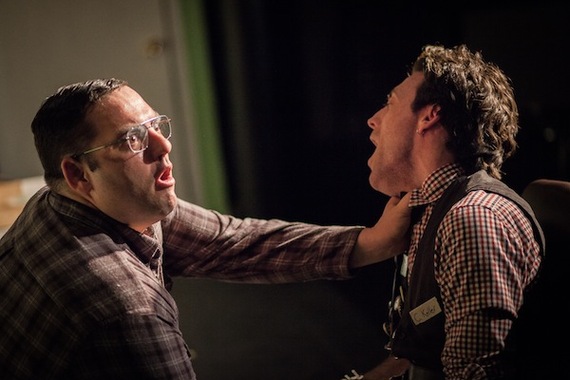 T: Your play moves through some pretty dark spaces. Can you tell us a little bit about balancing comedy and drama within the dark subject matter? And how you navigate through the different tones?

S: I hope to have everything come from a real place. Including the comedy. Nothing's meant to be played for laughs, that's a trap. So in that sense it was relatively easy to balance because this part being funny and that part not being funny was never really discussed. It's all about the story being told.

T: I'm interested in hearing more about your rehearsal process. There's a lot of unique action and even some strange musical numbers, how did you approach all that physicality in the script?

S: The rehearsal process was extremely tough. We had only a couple of days a week, for four weeks to rehearse and put up a show. Nobody should ever try to do this. Ever. But, we rose to the occasion, and I'm happy about that. I approached every rehearsal with a "Why not?" attitude. I didn't want to play it safe. That's how I approached the physicality of the play, and how I ultimately decided to add a musical number. It all felt right to me. And I thought it told a story about the characters.

S: The UTM members we cast was a no-brainer for me. The outside people were very difficult. I had very limited time for auditions, and I thought I wasn't going to have a Pilar until Elizabeth Alvarez strolled in and auditioned. Marilyn Fitoria was brought in by Isabel Davila last second and that was that. I'm very grateful for these women. 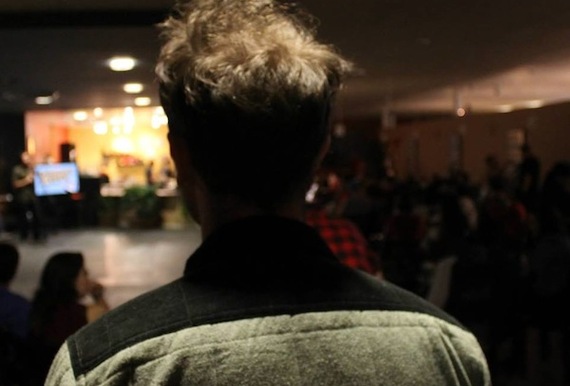 Sean E. Zilke look on toward the stage. Photo by Charlie Sanchez.

T: What is your biggest fear moving towards opening?

S: That I don't have enough money to eat out afterwards.

T: What do you hope to communicate through your writing?

T: Why comedy? When exploring the human condition, and the darkness and chaos within it, why do you aim to make people laugh?

S: I don't fully see the play as a comedy, but that generally comes natural to me. I'm not wholly sure why I tackle things that way. For this particular work, it could be that that is the only way that I can get through it. Also audiences are used to tackling these issues so quietly and seriously and they're comfortable with that, but there's also great beauty and laughter in the world amidst these tragic events. It's sad. It's heartbreaking. But it's okay to laugh when you can.

S: My cast and crew were fantastic collaborators and just as crazy as I was and for that I thank them. My family is and always has been supportive of me and that makes life so much easier and for that I thank them. Tony, you are a man of integrity and I thank you for your wonderful questions. I hope people can come out to see this play that means so much to each and everyone of us working on the it.

M's Pamphlet opens this weekend Get your tickets here.