"Extra" reported earlier that the separated couple was seen last night in San Francisco at an Eddie Vedder concert where Penn dedicated a song to his estranged wife on stage in honor of her birthday.

The Hollywood couple announced their split last December after 11 years of marriage. 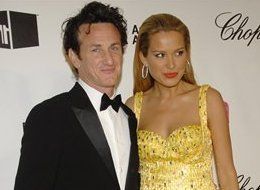 but the petition was dismissed December 18. Wright Penn followed up with the papers on the 21st, the case that was now also dismissed

The dismal comes just over a month after Penn made the rounds at post-Oscar bashes with model Petra Nemcova, best known for surviving the tsunami. The pair hit up Elton John's AIDS fundraiser together, posing on the red carpet for photos and reportedly snuggling at a table.