Sean Penn and Robin Wright's daughter, Dylan, appears in a new GQ spread and it's clear where she gets her gorgeous looks from.

Dylan is stunning on the pages of GQ's January 2014 issue in a sandy beach photo shoot. She posed in a series of outfits, including cutoff shorts, a clingy white shirt and a teeny black bikini, looking like a carbon copy of her actress mother.

Although she has famous parents, she is best known for her supposed romance with Robert Pattinson these days. But Dylan insists it's all BS.

“We’re talking about Rob here? … That’s been very foreign to me. But actually kind of funny, because it’s all bulls--t," she told GQ.

The 22-year-old is ready to make a name for herself, separate from her family and her alleged flings. E! News announced Tuesday (Dec. 17) that Dylan has landed a modeling campaign for Gap Outlet. The shots will launch next month in magazines, stores and online. 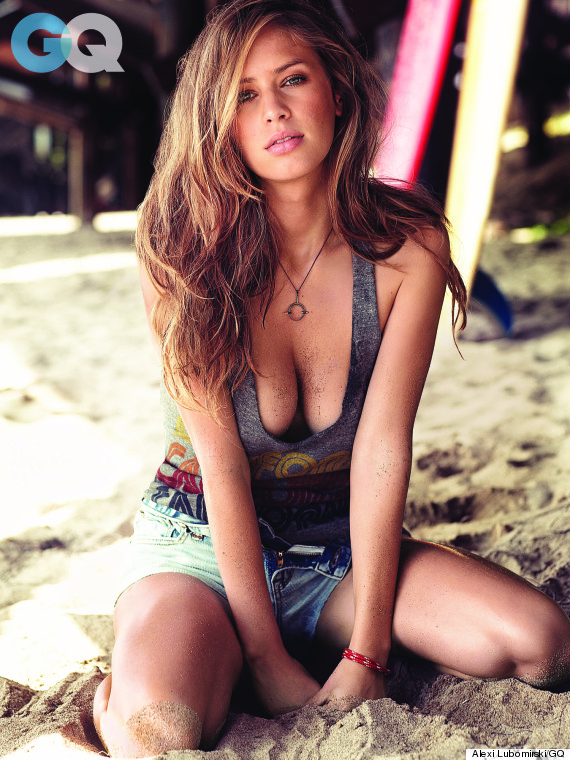