A decade ago, in a somewhat gentler time, Donald Trump was a reality TV star who supported Hillary Clinton. George W. Bush was president. And Sean Spicer was the Easter Bunny.

Politico interviewed him about it in 2008, the second year he donned the large rabbit suit, and he talked with The Washington Post about the experience in 2013.

This week, photos of bunnies that may be Spicer terrorizing children posing for photo-ops have been recirculating online ― because, face it, we need this right now.

As the Post noted, more than one person may play the Easter Bunny during a given year’s Easter Egg Roll, so it’s difficult to determine if any particular photo shows Spicer or another volunteer. We’ll let you use your imagination below.

It’s pretty common for administration officials to play the big bun. At the time of his cottontail stint, Spicer was assistant U.S. trade representative for media and public affairs.

How did I not know this? pic.twitter.com/cTMGKfbpWS

Spicer didn’t offer Politico a lot of juicy insight from inside the suit. He noted that it was really, really hot in there. And the visibility was so bad that he could barely see the kids. Apparently the Easter Bunny’s large glasses are for style only.

In A Past Life, Sean Spicer Was The Easter Bunny
White House Easter Egg Roll 2008 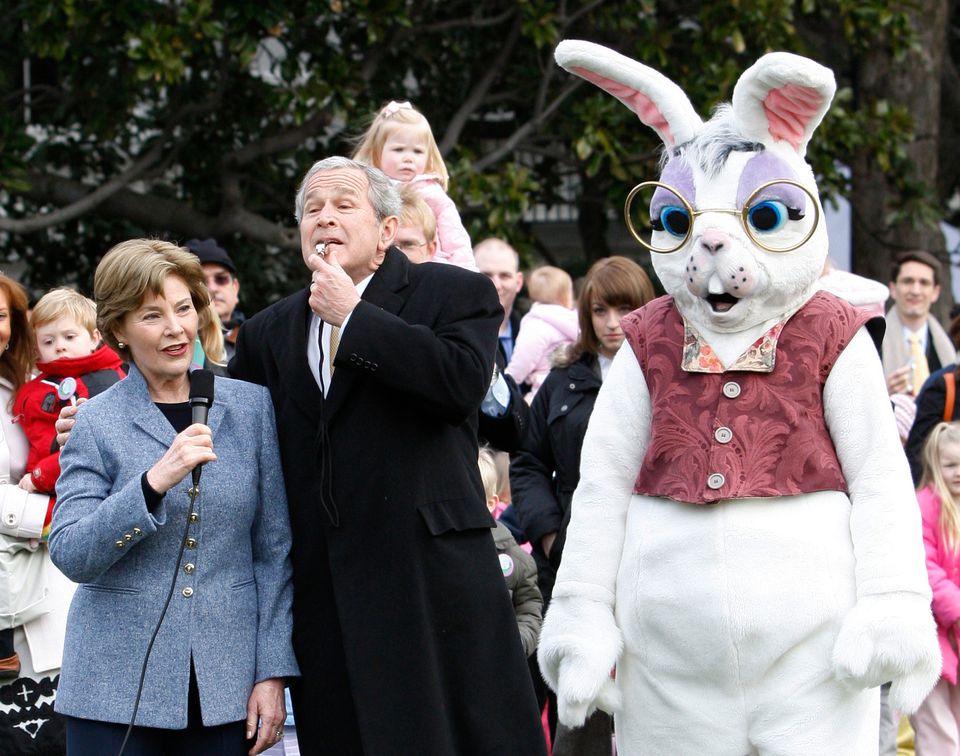 1 / 8
President George W. Bush, flanked by first lady Laura Bush and a person dressed as the Easter Bunny, blows a whistle to officially start the annual Easter Egg Roll on the South Lawn of the White House on March 24, 2008.
Jason Reed/Reuters