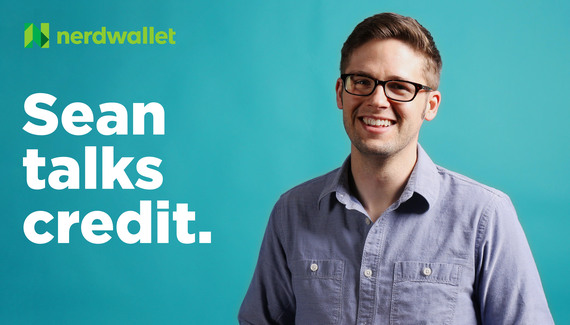 Many Americans don't understand the ins and outs of credit cards and scores, according to the results of a recent NerdWallet survey conducted by Harris Poll. If you're one of them, you might be making credit card decisions based on bad information, which could cost you.

But you can learn all the really important stuff in just a few minutes.

This is the concept behind Harold Pollack and Helaine Olen's new book "The Index Card," Carl Richards' "The One-Page Financial Plan" and others. The framework is simple but powerful: Instead of reviewing every bit of personal finance in detail, focus on the most important guidelines. In doing so, you separate the good advice from the bad, the "must knows" from the "good to knows."

The approach seems to mimic the way we think about financial decisions. My credit card habits are driven by a few simple truths -- not a blizzard of facts mixed with a few guesses. To boil down my credit card strategy into something you could read during an elevator ride, I decided to figure out what those truths are.

"It ain't what you don't know that gets you into trouble. It's what you know for sure that just ain't so," goes the oft-quoted line from Mark Twain. The same might be said of credit cards. So often, when it comes to credit, we tend to rely on assumptions. Perhaps that's because we didn't always have the facts. Until 2000, most of us had no way of checking our own FICO scores. And until 2009, credit cards had few disclosures. Now that more information is available, it's time to drop the assumptions and zero in on the facts.

Although having all of that information is nice, here's what you really need to know:

You don't have to pay interest

Many people don't realize that paying interest on purchases is entirely avoidable: Just pay your bill in full, on time. About 30% of Americans believe a credit card holder begins accruing interest on credit card purchases immediately after a purchase is made, according to the NerdWallet study. In fact, you might have as many as 50 days to pay down your bill interest-free. The annual percentage rate on purchases typically doesn't start accruing until after an interest-free grace period of 21 to 25 days after your billing cycle has ended. You can avoid purchase APR altogether by paying your credit card bill in full by the due date.

You have many credit scores

You don't have just one credit score -- you have many. That three-digit number might be different based on where the information comes from and which scoring algorithm is used. Three credit bureaus -- Experian, Equifax and TransUnion -- are gathering data, and each may get a slightly different view of your finances. Then there are various scoring algorithms, such as FICO or VantageScore, and various versions of these algorithms. Some lenders might use older versions, while others use more recent ones.

As a result, all of us have dozens of credit scores, depending on the source of the data and how the data are crunched. But because the data each bureau collects reflect the same thing -- your financial activity -- and because many of the algorithms use similar metrics, these scores are usually in the same general range.

It's important to keep all of these scores high, because they can help you qualify for lower interest rates on loans and, in many states, lower car insurance premiums. The oldest algorithm, and the one that lenders use the most, is from FICO. It measures your creditworthiness by these metrics:

Payment history, 35%. Payments over 30 days late can hurt your credit.

Amounts owed, 30%. The lower your balances, the better. Using less than 30% of your credit limit on each card is a good guideline, though not a hard rule.

Length of credit history, 15%. Old accounts in good standing can help your scores. It's generally a good idea to keep cards open, even if you're not using them -- unless the card comes with an annual fee. In that case, ask the issuer to convert the account to a no-fee card or close it and take the hit.

Credit mix, 10%. Having different types of debt -- such as a mortgage or an auto loan -- can improve your scores.

New credit, 10%. Opening a new line of credit triggers a hard inquiry, which may cause your credit scores to drop by a few points temporarily.

About 27% of Americans answered that getting a rewards credit card with an annual fee is never worth it, according to the study. But sometimes, the benefits on cards with annual fees can outweigh the costs. For example, say you have a card that offers 6% back at supermarkets for up to $6,000 in spending, with an annual fee of $75. If you were to max out that spending category, you'd still have $285 in rewards, even after subtracting the annual fee. That's more than double the rewards you'd get for making the same purchases on a flat-rate 2% cash back card with no annual fee. In this case, the card with the annual fee would offer more overall value.

Rewards credit cards aren't a great deal for everyone. Many come with higher APRs, which can make it expensive to carry debt. If you don't expect to pay your credit card bill in full every month, you might be better off with a card that offers a promotional 0% APR period or low ongoing interest.

Let's answer this question as simply as possible: What do people need to do to get better value out of their credit cards?

Pay credit cards on time and in full every month.

Get a credit card that fits your spending habits and gives you benefits you'll use.

Pay an annual fee only if the value of rewards and perks outweighs the fee.

Improve your credit by keeping your balance under 30% of each card's limit.

You don't need to know all the answers to manage your credit cards effectively. Sometimes you just need a push in the right direction.