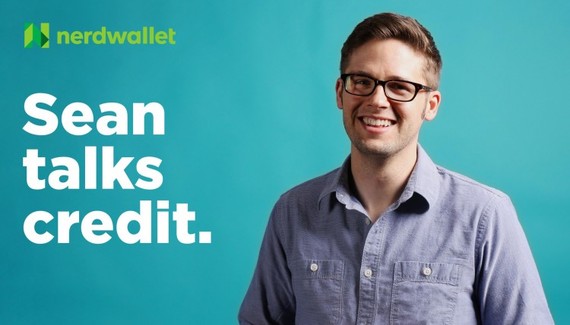 Costco made a big splash recently with the news it had finally started accepting Visa credit cards. For consumers -- including me -- this is a big win.

Costco's decision to accept only Visa credit cards was a cost-cutting strategy. But the move is also something of a throwback, reminding us of the '70s and '80s, when networks were the stars of the credit card world. You used to see advertisements from Visa and MasterCard on TV and in magazines. Now, their names hold less sway for most consumers. But even though they've disappeared from the limelight, their role is still as important as ever.

A payment network, like Visa or MasterCard, helps banks "talk" to each other. It's a middleman between merchants, like Costco, and credit card issuers. Its job is to make credit transactions much less risky for everyone involved.

Suppose I go to the movie theater with my Citi Double Cash, which is a MasterCard. When I buy my tickets with the card, the movie theater's bank, the acquirer, asks MasterCard, the network, some questions: Does Sean have enough available credit to cover this $20 charge? Is this card authentic? Does this seem like a purchase Sean would typically make? MasterCard passes these questions on to Citi, which answers them. From there, MasterCard passes on Citi's answers to the theater's bank. (This process is a little different for AmEx and Discover, because they operate both as issuers and networks.)

If the answer to one of these questions is "no" -- say, Citi says that I don't have enough available credit to approve the purchase -- the transaction is declined. But if it all checks out, then the transaction is approved. All these complicated steps take place in just a few seconds.

As the transaction is processed, the merchant  (the movie theater, in this example) pays a fee. And most of this fee goes to the issuer (Citi, in this example), because it's taking on most of the risk. This part of the fee is called "interchange," which is set by the payment networks and helps issuers pay for cardholder benefits, such as rewards and sign-up bonuses. A smaller part of the fee goes to the acquirer (the movie theater's bank, in this example). Finally, Citi pays MasterCard per transaction according to a separately negotiated contract.

Usually, these fees add up to between 2% and 3% of each transaction, but Costco pays much less.

Many merchants are willing to go to great lengths to avoid paying those 2% to 3% swipe fees, and Costco is no exception. You've probably noticed that many small merchants don't accept credit cards, or began accepting them only in the last few years. Some retailers ask you to pay cash for small purchases.

Accepting credit cards is often among merchants' largest expenses, after personnel, cost of goods and rent. Debit cards, whose fees are capped by the Durbin Amendment, are much cheaper to accept. But at the same time, merchants want to accept credit cards, because credit makes it easier for customers to spend more money.

Costco, which is the third-largest retailer in the U.S. in sales, is big enough to drive a hard bargain on those credit card fees. It also knows it has an ideal customer base that's both wealthy and loyal. By making exclusive pacts with payment networks -- first with Discover, then AmEx, and now with Visa -- Costco is offering its wealthy, high-spending credit card customers exclusively to a certain group of banks in exchange for lower transaction fees.

And the tactic is working. With AmEx, Costco was paying about 0.6% per transaction, Bloomberg reported. Now, it's paying less than 0.4%, according to the article. That's much lower than the 2% to 3% fees many stores pay.

Costco isn't the first major retailer to make a deal like this with a payment network, but it's one of the last to hold on to such a deal. Sam's Club, a wholesale club that used to accept only Discover, accepts all credit cards as of this year. Aldi, a discount grocery store, also began accepting all credit cards this year after decades of being debit-only. And Neiman Marcus, which once accepted only AmEx, now accepts all cards, too. For these stores, accepting all cards likely makes more financial sense than accepting one type of card and paying less in fees.

» MORE: New Visa is a big step up for Costco cardholders

Once front and center, networks now operate behind the scenes

As a cardholder, a payment network matters for only one reason: acceptance. You want a card that you can use anywhere. In the past, networks mattered a lot for this reason. Now, as more merchants accept credit cards from all networks, the labels on your plastic matter less -- except, of course, if you're shopping at Costco or traveling abroad. That's one reason that networks matter a lot less to us than they used to in, say, the '70s and '80s, when having a card from the right network meant being able to use it more places.

You may recall that the networks used to compete for consumer attention. Visa trumpeted that it was "Everywhere You Want to Be," MasterCard claimed to be "Priceless," and AmEx told you "Don't Leave Home Without It." But now that so many stores accept every brand of card, this competition, though intense as ever behind the scenes, is no longer playing out as publicly as before.

Credit card acceptance in the U.S. was at an all-time high for payment networks in 2015, including Visa, MasterCard, Discover and AmEx, according to Nilson Report data. Visa and MasterCard are both accepted at 9.8 million merchants, and Discover follows closely behind. Even AmEx, which some merchants don't take because it has higher fees, is still accepted by an impressive 7.3 million merchants. Whatever card you have, you won't have much trouble using it in the U.S.

Now, people might mention their Chase or Citi card -- but if they named only the card's network, you probably wouldn't have any idea what card they were talking about. Issuers such as Chase, Citi, Capital One and Bank of America determine rewards, sign-up bonuses, fees and other terms, features that set cards apart from one another. In the past few decades, as networks have become less differentiated, issuers have started playing a bigger role for consumers in the credit card world.

Costco's old-school strategy helps you save

Costco's exclusive acceptance of Visa is a relic from a bygone era. It's unlikely that other merchants will adopt the warehouse club's strategy of going exclusive with certain networks. In fact, we see the opposite happening at a handful of major retailers.

We don't know yet if the Costco-Visa partnership will last, or if it will eventually go the way of the AmEx and Discover alliances. However, one thing is certain: It will help you save money. By lowering swipe fees, it's easier for Costco to keep prices a little lower, too. At the same time, you can earn more rewards  -- as much as 5% cash back -- on your Visa credit cards.

Costco's strategy may be dated, but it's good for your bottom line.