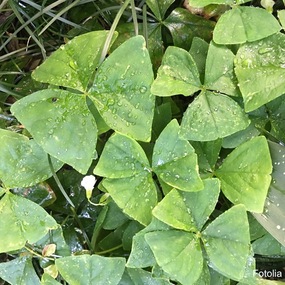 My mother embraced all things Irish: shamrocks, soda bread and fishermen's sweaters. She chose St. Patrick's Day for my father's funeral and, the night before, she mended the old green, white and orange flag so we could fly it at the house during a reception following the service. My mom could tell you the names of the villages in Cork, Kerry and Limerick where her grandparents were born, and I knew my dad's people were from County Tyrone in Northern Ireland.

I'd always been told I was 100 percent Irish and I believed it every St. Patrick's Day of my life -- until now. I recently ran my DNA and the surprising results, which estimate I'm 94 percent Irish, indicate the percentage could even be as low as 81. Surprisingly, I have DNA from Finland/Northwest Russia, but I have a feeling those ancestors go so far back I'll never find them.

Maybe that Nordic trace is what kept my father from being the flag-waving, leprechauns and Erin go bragh type of person my mother was. He loved the Irish playwrights Sean O'Casey and George Bernard Shaw, displayed a family coat of arms with the motto spectemur agendo (let us be judged by our deeds), and had even kissed the Blarney Stone as young man, but he never seemed to care that much about his heritage.

Long before he met my mom, my father was a monk. He wore a long, black habit and a large cross around his neck. He lived in the company of other religious men, prayed morning, noon and night, and taught in Catholic boys schools. After 16 years of piety, he walked away -- or rather sailed away, leaving a French monastery and landing at the port of New York just as his parents had when they arrived in the United States from Ireland in the early 20th Century. 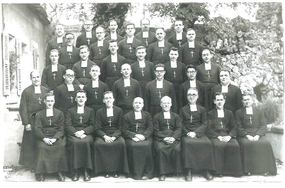 As a member of a religious order, Dad had taken a vow of poverty, chastity and obedience -- maybe a vow of silence, too, because he never revealed much in the way of family secrets. Or perhaps, because of his own parents' silence, he simply never knew the tragic stories I've unearthed by exploring our family history.

My paternal grandparents are a mystery to me. I have a strand of pearls that belonged to my grandmother who, my dad once said, fixed rice pudding on washday. All I knew of my grandfather stemmed from one meager recollection -- a passing comment that his father had been an angry, unhappy man from whom my dad had once hidden under the kitchen table to avoid a beating.

Oh, how I wish I'd been curious enough at the time to ask for more! Instead, when my interest was piqued years later, my dad and his siblings were gone and it was too late to beg for details. 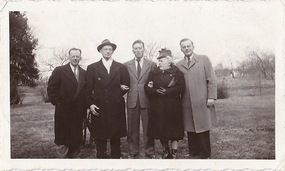 Angry and unhappy. Possibly violent. That was all I had to go on, and once my research started turning up ships' manifests, census data and death certificates, I began to figure out why.

My grandfather's journey to America from Northern Ireland began with a forbidden affair that took a tragic turn. Charles was 18 when he climbed out the bedroom window of a County Tyrone farmhouse to elope with his neighbor, Mary, who was five years older. I learned this when my phone rang at 6 o'clock one morning. An Irish cousin I didn't know existed was on the line.

"My granny and your granddad were brother and sister!" he announced in his thick brogue. 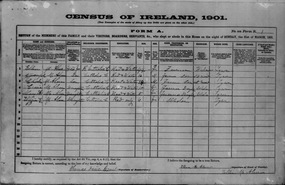 He'd tracked me down after seeing my profile on Ancestry.com. My cousin told me our family and Mary's had been feuding for years. My great grandmother had forbidden Charles' and Mary's romance, but they defied her and sailed to New York to be married. When he came through Ellis Island, my grandfather had just $10 in his pocket and an admonition: "Don't bother coming back as long as you're married to her."

Charles and Mary's fairytale was short-lived. Through census and death records, I learned that within five years, they had four children. Only two survived, then Mary succumbed to a chronic kidney ailment, leaving Charles a 23-year-old widower with two young children. He had an 8th grade education and was frequently unemployed.

After Mary's death, Charles left his 3-year-old son in America with a relative and sailed back to Ireland with his 4-year-old daughter, Rose. I found them on the ship's manifest and wondered what an eight-day trip across the choppy Atlantic would have been like for a little girl. Was she frightened? Missing her mother? Was she warm enough? 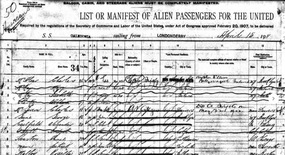 Months later, Charles returned to New York without Rose, leaving her at the family homestead in Tyrone to be raised by an aunt. My grandfather married again -- my grandmother, another Mary. Finding her roots has been challenging. She fudged her age on documents, claiming she was two years younger than my grandfather when, in fact, she was two years older. I'd been told she was Irish. She was, but British census documents prove she was actually born in London and was just 8-years-old when her mother died. Her father was a Constable for Scotland Yard during Queen Victoria's reign. Funny, no one ever mentioned there was a policeman in the family!

When poor Rose finally came back to New York from Northern Ireland at age 19, the little brother she'd barely known had died of a heart condition. Charles and my grandmother had five more children including my father, the youngest. Before he was born, they lost a son at age 2 to scarlet fever. 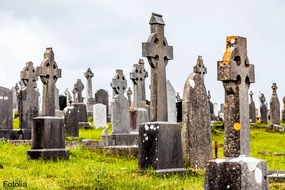 I doubt my father ever knew about his dead siblings, but I wonder if he somehow carried a sense of intrinsic grief. I'd uncovered the deaths accidentally and one at a time, but even a generation removed, the loss of those children stings me. Each one was a shock, pricking my heart with sadness and awakening my compassion for a mysterious grandfather who came to this country like millions of others in search of an ideal and the promise of a better life. Instead, he outlived four of his children, abandoned one for 15 years, and lost the love of his life. That's enough to break anyone's Irish heart. 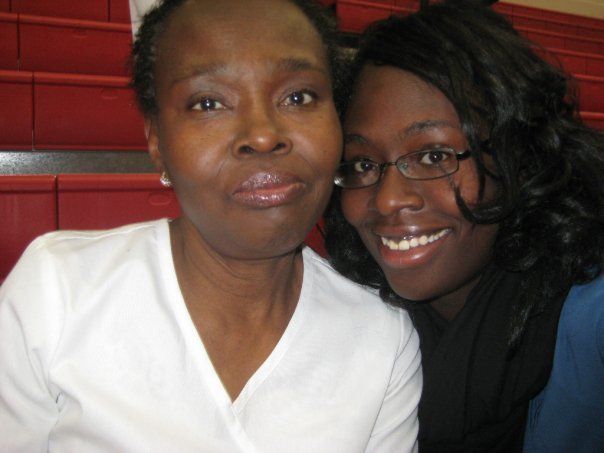 1 / 12
Anthonia (Daughter) And Emilia Akitunde
The author pictured with her mom in 2009.
Courtesy of Anthonia Akitunde