There are many translations and modern-day explanations for stories told in the Bible. Among them are tales of giants that lived among the "normal" sized humans. The King James version of Genesis 6:4 states:

There were giants in the earth in those days; and also after that, when the sons of God came in unto the daughters of men, and they bare [children] to them, the same [became] mighty men which [were] of old, men of renown.

We've all grown up hearing stories about a variety of tall beings:

Legends abound of giant humans. The New York Public Library lists a 1922 book in its archives, "A Book Of Giants: Tales of Very Tall Men of Myth, Legend, History, and Science," by Henry Wysham Lanier.

On tonight's premiere of History's "Search for the Lost Giants," stonemason brothers Jim and Bill Vieira begin an extensive search and quest for the truth.

But are any of these tall tales of giant beings really true? Is there any accumulated evidence, especially in the form of preserved bones that would surely indicate an ancient tribe or, even, civilization of giants lived on Earth?

Even Abraham Lincoln made a reference to giants. In 1848, then-Congressman Lincoln traveled to Niagara Falls and was so impressed by the imagery of the natural wonder that he wrote down some notes, including the following:
"When Columbus first sought this continent -- when Christ suffered on the cross -- when Moses led Israel through the Red Sea -- nay, even when Adam first came from the hand of his Maker -- then as now, Niagara was roaring here. The eyes of that species of extinct giants, whose bones fill the mounds of America, have gazed on Niagara, as ours do now." Was Lincoln referring to giant humans or extinct animals, i.e. dinosaurs?

And, by giant, we're talking in the range of between 7 feet and 10 feet tall -- truly over-the-top megastar basketball player height.

"We found one important account from the 1895 'Town History of Deerfield, Massachusetts' -- written by noted historian George Sheldon, of an 8-foot skeleton with double rows of teeth that was unearthed ... and the skull was as big as a peck basket," Jim Vieira, 48, told The Huffington Post.

"We then read through thousands of pages of town and county histories in New England and found many more [similar accounts]," of discoveries of several rows of teeth. "It might be a genetic connection to the past. I've seen accounts that describe proportional individuals 10, 11, 12 feet tall. There are multiple accounts of multiple skulls found with double rows of teeth."

Part of the problem in gathering any kind of giant bone or skull-related evidence are the reports where the bones reportedly crumbled to dust.

"We have an incredible amount of stories from credible people," said Bill Vieira, 49. "It's not just somebody who thinks they spotted something -- it's people who measured something."

The Vieira brothers make several references to Smithsonian Ethnology Reports from the 1800s which describe accounts of alleged giants with multiple rows of teeth. But with no actual physical evidence offered to the public about such claims, it fosters an inevitable accusation of a giant conspiracy -- not unlike those found in subjects like UFOs and Bigfoot.

Among the many accounts of giants through history, numerous stories claim that these unusual creatures had double rows of teeth as recreated in the following History Channel series images: 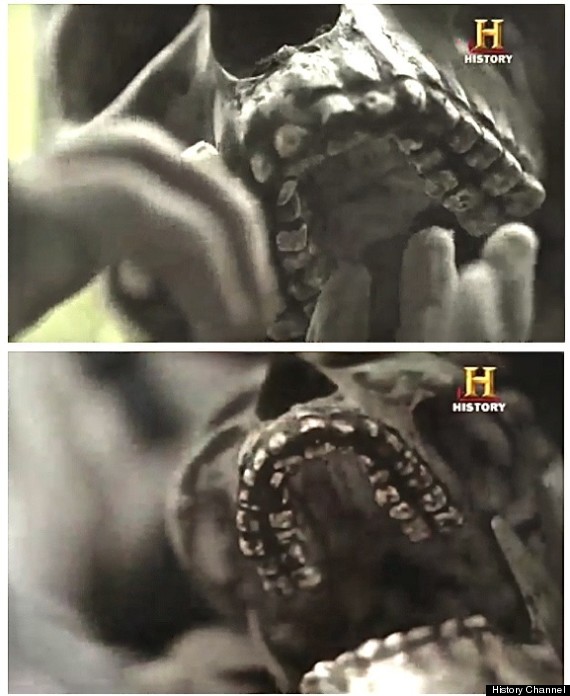 Jim Vieira suggests there will eventually be an actual giant payoff to all of their research.

"There's so much interesting information. There are petroglyphs showing beings with six fingers and toes, giant axes, native legends and it's coming from so many different angles. Throughout history, the chronicles of the ages talked about encounters with giants. It's an ongoing search, and we investigate wild places where the accounts came from."

Watch the season premiere of "Search for the Lost Giants" tonight on History at 10:00 p.m. Check your local listings.

PHOTO GALLERY
Giants Among Us

Did Giants Once Live In North America? Two Brothers Search For The Tall Truth
Giants Among Us 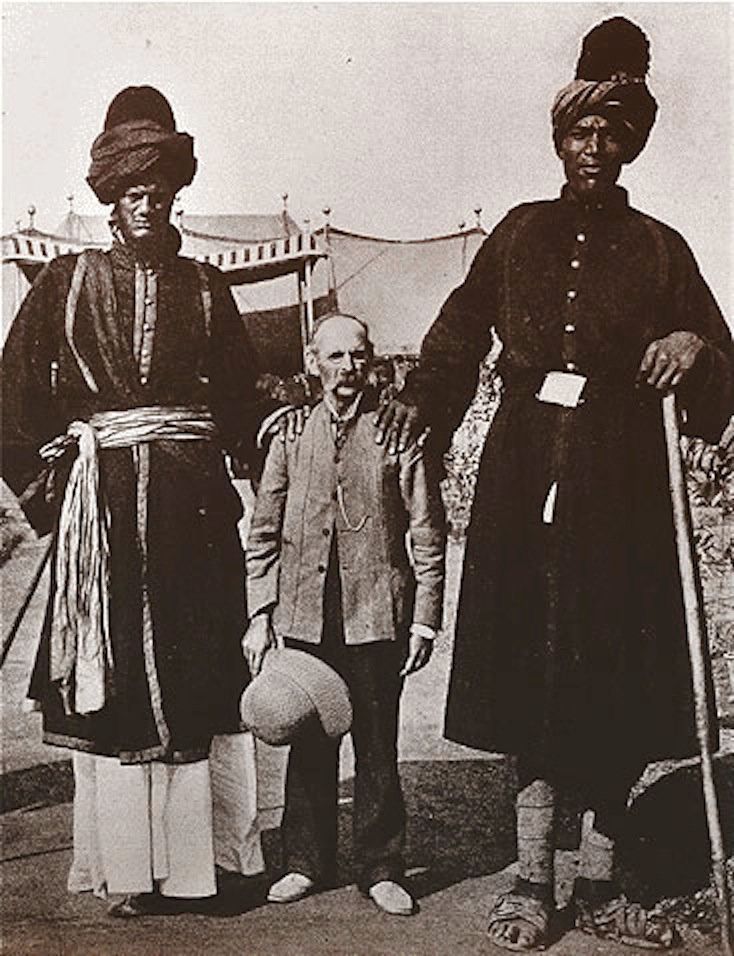 1 / 5
Giants circa 1920s
Giants have been a part of human consciousness, folklore, legends and, many say, real accounts. This image shows two very tall men dwarfing a much smaller man in a National Geographic photo taken in the 1920s.
National Geographic