Christmas Day I saw a partridge in a pear tree. Only there wasn't a pear tree, there were four partridges, and I was in the middle of the Sahara Desert in Chad.

I was there on holiday, taking an 18-day road trip that spanned nearly 4,000 kilometers (which, I was told, constituted roughly 30% of the country). The partridges, I assumed, lived there.

In the lead jeep along with me were our fearless leader and driver, Togoi, a Tubu from the north, and Anna, our Italian "Western" guide and interpreter. A second jeep - our back up - followed us, driven by our mechanic Yussouf, a Bulala from the south, with our cook Habdullay, who is Hadjerai from Mongo.

We had just entered the Mourdi Depression - we joked the area got its name because anything that has to endure living there must be depressed - when the covey of partridges made its appearance. The birds waddled out of a bush on the left side of the piste (what Chadians call any unpaved road, including "roads" visible only to Chadians), and then continued to waddle across it directly in front of our jeep before disappearing into a bush on the right side.

"Pernice! Là," Anna said enthusiastically, pointing as she tried to remember the English word for the birds. Since I can identify only pigeons and seagulls, I was of no help. "Hunters like them," she tried again. As we caught one last glimpse of the birds, Anna stated with conviction, "Partridge!"

"Really? Are you sure?!" I was excited if not incredulous to have actually spotted anything in the Mourdi Depression, let alone tiny little partridges, and on Christmas Day no less. The chances had to be exactly...that was the only time that will ever happen in the history of the world.

The Mourdi Depression (Dépression du Mourdi) is "a corridor of sand and dunes swept by the harmattan," a cold dry trade wind comprised of sand, dust, and grit. It so inundates this north-south, 48-kilometer wide desert depression that the blue sky is turned to grey, tan, and brown, vanquishing the sun's halo. It is fierce, it is harsh, and it is unrelenting - as if some tiny, hostile, inhospitable, distant planet decided to pack it in and move to Chad. Nothing should or could possibly live there, except they do, and the Mourdi is as surreal and beautiful as it is dangerous and bereft. A few fey, lonely trees manage to cling to life, as does the occasional camel, cow, and human. And, of course, the partridges.

Navigating the Mourdi Depression's rocky valley and massive sand dunes is punishing and not for the inexperienced. Togoi and Yussef expertly guided our off-road crossing, without GPS, while speeding (you have to drive exceedingly fast to avoid getting stuck in the sand) in huge curves up and down the dunes, our jeep nearly on its side at times, as I tried to take photos out of the window. It was exhilarating - better than any roller coaster - as were the two times we got stuck and everyone had to get out and "pooosh thaa caa," as Togoi would say.

Since stopping jeeps is not something done voluntarily in the Mourdi, I was surprised when we did so towards the far end of the depression. After a quick exchange in French (that I couldn't understand) with Togoi, Anna said to me, "Come quickly, I want to show you the beautiful shells."

There in the desert, on the barren ground, were shells, spiraled, miniature, and incredibly delicate. I couldn't believe it! With my own eyes, in my own hand, I saw and held proof that the Sahara Desert was once covered by water.

We scooped up a few of the shells and ran back to the jeep. And now those shells are here in my apartment, in a glass bowl next to the computer where I write. Though I must look at them a hundred times a day, the seashells of the Sahara remind me every time what an extraordinary place the world is.

What reminds you that the world is an extraordinary place? Comment below and find/follow me on Facebook for more conversation.

Thank you so much for reading. To find out more about my work and latest news please visit wendysimmons.com. 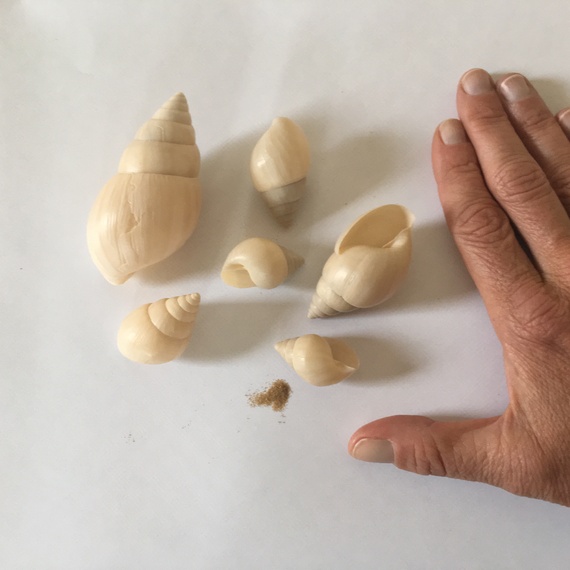 The seashells I found in the Sahara on Christmas Day. Despite have dumped "all" the sand out, every time I touch them, more sand falls out. 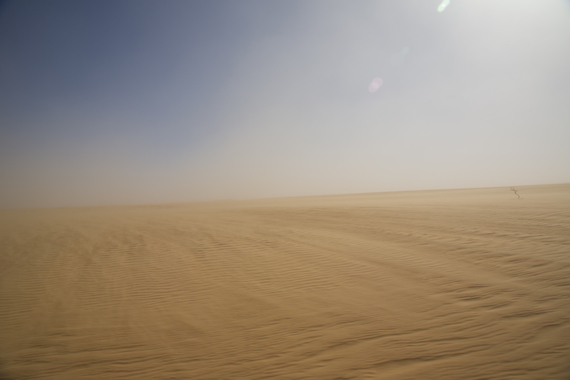 A tree manages to live (tiny little thing on the far right) in the Mourdi Depression. 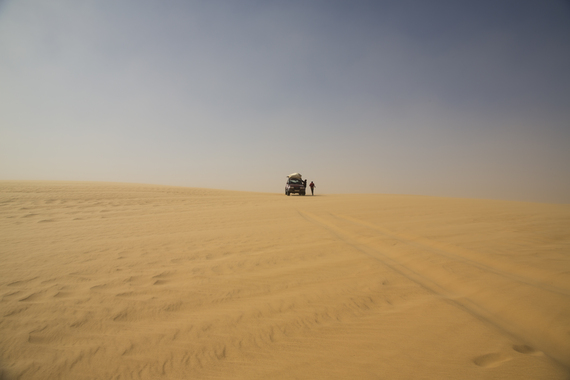 Yussouf and Habdullay, who always drive behind us, stop their car so they can come help us push our car since we're stuck. After we get our jeep moving again, they'll try a different approach to hopefully avoid getting stuck. 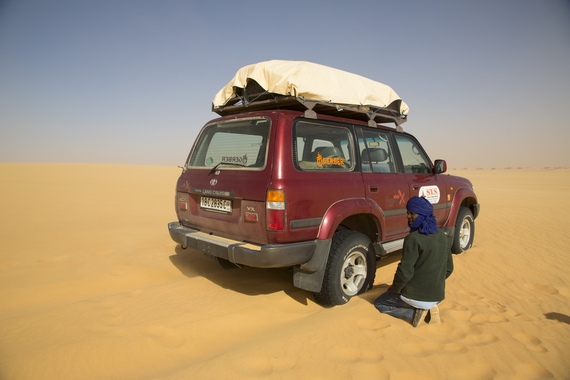 Togoi digging out our jeep. After we dig, we "pooosh tha caa" using metal tracks under the wheels. 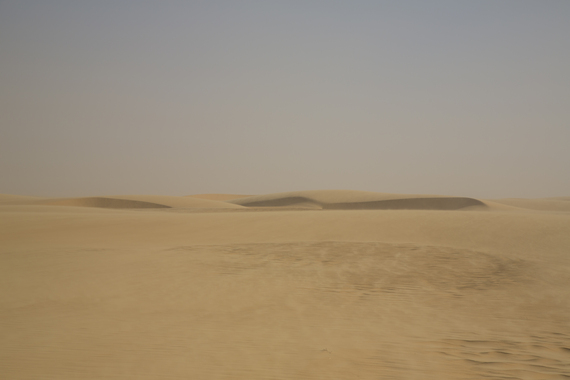 Giant Barchan dunes. They are HUGE. Nothing here to provide perspective, so you're just going to have to trust me on this one. 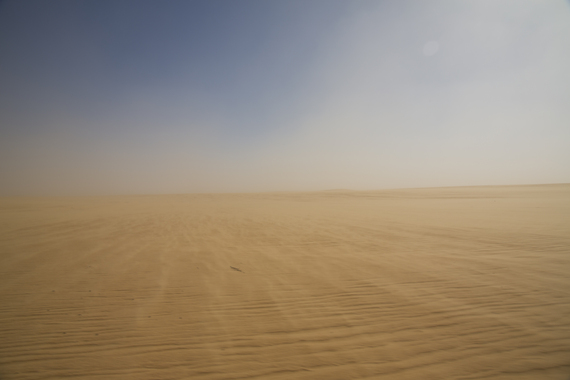 That little smidge is the middle is "grass" that the camels eat. You can see the sand blowing on the surface and all across the sky.