Northern California has always been on the lookout for Utopian societies. (Hello, Burning Man). So it's really no surprise that the latest idea for Eden was cooked up in San Francisco.

The Seasteading Institute, a group working to form autonomous, floating cities in the ocean, met for its annual conference in San Francisco over the weekend. And, though the idea may sound like the plot of a science fiction film, supporters include successful entrepreneurs, professors from Harvard, Duke and UC Berkeley, and PayPal founder Peter Thiel.

"We want people to have freedom to experiment with new ideas and this is the last territory in which they can do that," said Seasteading Institute Senior Director Randolph Hencken in an interview with The Huffington Post.

Though the organization is still in its infancy, Hencken envisions ships and platforms of independent "islands" where scientists could conduct research without FDA regulation, communities could practice new forms of government and international entrepreneurs could set up shop off the coast of Silicon Valley without worrying about U.S. visas.

He also argues that, without allegiance, participants would be open to a new system of liquidity not yet seen on earth.

"Right now, if you don't like your government, it can be nearly impossible to just get up and leave," he said. "Immigration can be extremely difficult and if you own property, it's just not practical in our modern world." But as Hencken sees it, anyone unhappy with a floating island could simply lift anchor.

"When Seasteading becomes a viable alternative," said cofounder Patri Friedman at the organization's first conference, "switching from one government to another would be a matter of sailing to the other without even leaving your house."

Unsurprisingly, more than one critic has called the plan a bit loopy. But Hencken argues that people should expand their horizons.

"The possibilities for innovation are limitless," he said.

At the San Francisco conference last weekend, forums included Evaluation of Sustainable Energy Options, Seastead Security, Liquidity on the High Seas and Seasteading Medical Tourism, signaling that, while the group's goal of a self-sufficient floating city by 2015 might indeed be a bit optimistic, some serious planning is already underway.

So should the Bay Area expect a new republic off the coast come spring?

"The Googleplex wasn't built in a day," said Hencken. The institute plans to start small with experimental ships, and work from there.

Check out photos of "floating city" renderings, courtesy of the Seasteading Institute. Then, let us know what you think of the idea in our poll below:

CORRECTION: An earlier version of this article stated that Peter Thiel was in attendance at the conference. While Thiel is a major supporter, he was not in attendance. 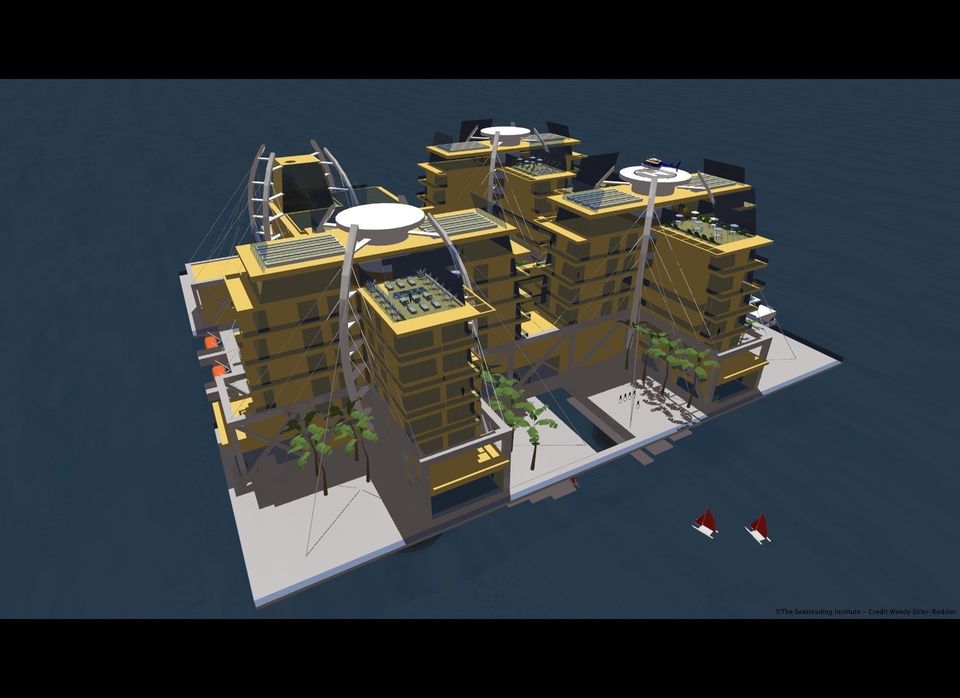